Taking its cue from intimate, inviting European wine bars with delicious eats, Bartholomew is opening its doors in Vancouver's Yaletown. 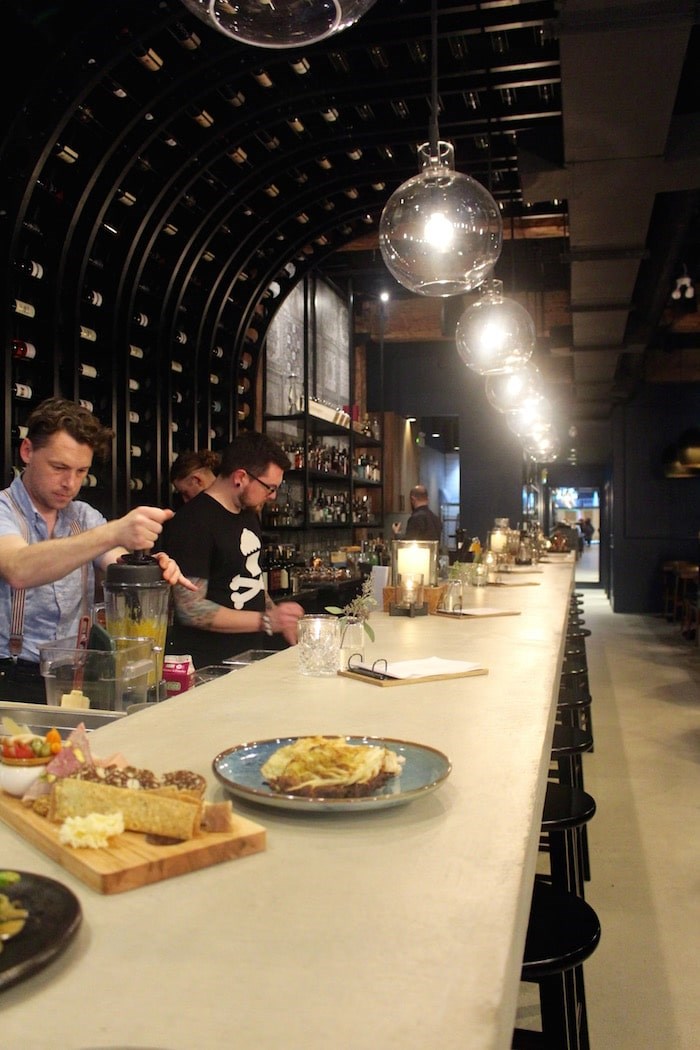 At Bartholomew in Vancouver’s Yaletown you will find cocktails, wine, and a sophisticated meat and cheese program, along with small plates and dessert. Photo by Lindsay William-Ross/Vancouver Is Awesome

Taking its cue from intimate, inviting European wine bars with delicious eats, Bartholomew is opening its doors in Vancouver's Yaletown.

Bartholomew slid into the former Chasers juice shop on Mainland Street, and has been a project in the works for over a year, according to owner Michael Gayman, who showed me around the warm and cozy space the day before opening night.

Gayman - who currently operates the seafood restaurant Hook on English Bay and previously ran the popular Blind Sparrow bar/restaurant in the West End that shuttered due to redevelopment - says he's been eager to open up a spot that focuses on cocktails, wine, small plates, and a sophisticated meat and cheese program. 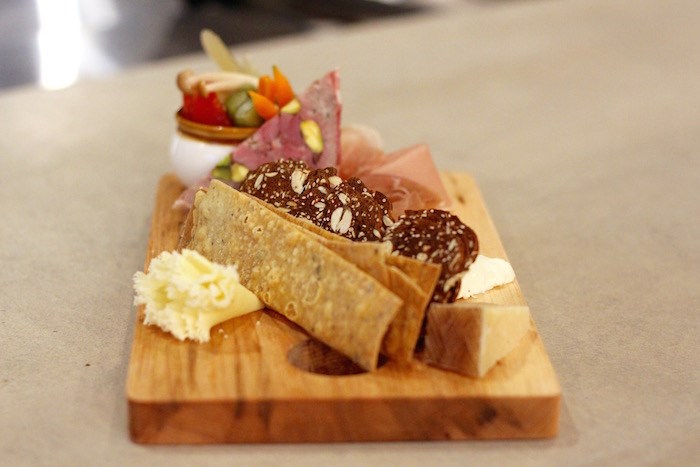 The Happy Hour butcher board features house-made charcuterie and crackers, cheese, and an assortment of pickled veg. Photo by Lindsay William-Ross/Vancouver Is Awesome

The 53-seat space is narrow and warmly lit, with a meld of vintage meets modern. There's a distinct gentleman's library feel, along with the regal exposed wood beams that have been in place for over a 100 years in the space, and an eye-catching wine rack that arches gracefully from the back centre wall of the bar to the ceiling. The design was done by Gayman's sister, Erica Colpitts.

The room is dominated by a long concrete bar, which is where much of the action will be. The chef and sous chef have this space as their sole kitchen, and will be there to interact with guests - Gayman describes an ideal scenario where guests can be passed bites of housemade charcuterie to sample and tasters of wine, while they watch the chefs and bartenders at work.

This is a food-primary spot, and food is very key to the Bartholomew experience. The team has been at work offsite in the Hook restaurant kitchen breaking down whole animals and starting the curing process for their nose-to-tail charcuterie program. You'll find an array of items like terrines, pates, and sausages on the menu, along with imported meats like Serrano ham, and regionally-sourced salumi. They're even making their own crackers here.

On the cheese menu you'll find a range of Canadian and imported cheese of all varieties, from California's acclaimed Humboldt Fog goat cheese to a firm, nutty Manchego. All told, there are about 15 kinds of charcuterie and 15 varieties of cheese to choose from at Bartholomew, or, if you are with a group or just really flush, you can get every single one of them on the $200 Baller Board.

The remainder of the menu includes a number of share plates, ranging from bar snacks to larger dishes, as well as salads and veggie sides, and a selection of daily toasts. You'll spot a large glass jar teeming with marinating olives on the bar, and the pickled veggies are one-of-a-kind - they've got a different brine for each piece of veggie, so your pickled celery will remind you of a Caesar, and the red peppers have a delicate fiery kick, for example. 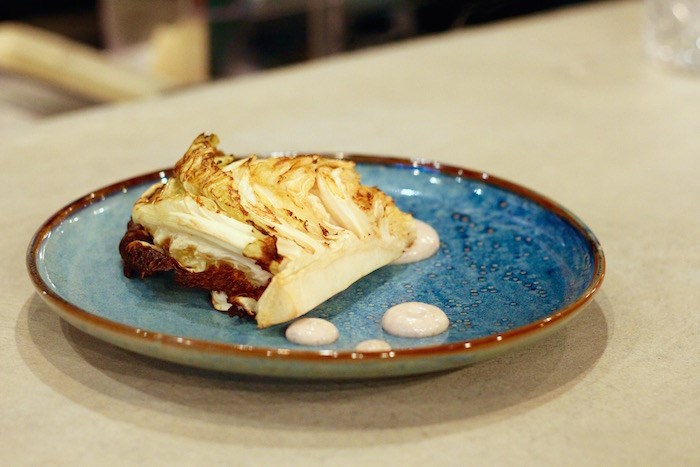 Fermented cabbage at Bartholomew. Photo by Lindsay William-Ross/Vancouver Is Awesome

The chefs have embraced necessity and its proverbial role in invention in order to come up with dishes they can execute with limited space and fire power, which is how the menu has come to boast beautifully charred shishito peppers piled atop a creamy peanut sauce, or a fermented swatch of cabbage with a creamy sauce that will fool your tastebuds into thinking you're nibbling on a Reuben sandwich.

The team has ensured there are numerous vegetarian options on offer, and some that can be modified for fully plant-based diets, however it is a charcuterie-centric restaurant, and meat is a star player, no doubt.

For a sweet finish, Bartholomew carries on with the meat-y theme, offering a decadent foie gras and Nutella parfait, a bone marrow creme brulee, and a chocolate 'charcuterie' board (meat-free) that mimics its meaty counterpart. 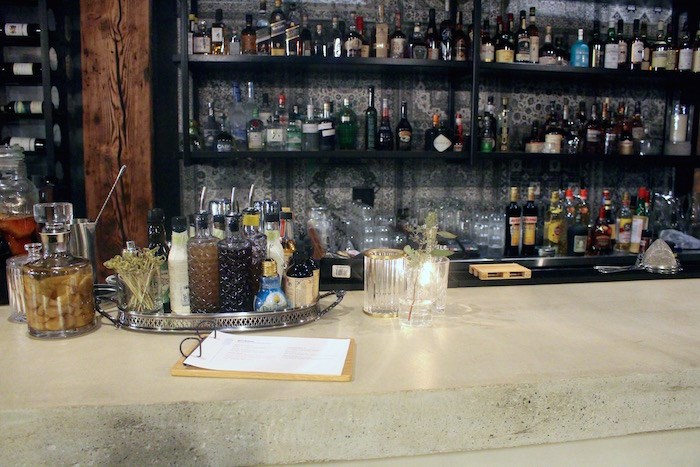 The cocktail bar. Photo by Lindsay William-Ross/Vancouver Is Awesome

When it comes to drinks, Bartholomew's cocktails were developed to reflect a diverse grouping of classic and craft beverages. The wine program is helmed by Gayman himself, who is pleased to be able to offer a number of familiar wineries and wine varieties alongside some interesting new bottles. Bartholomew will be pouring feature wines by the glass from an always-changing menu, and a growing but not unwieldy bottle list that Gayman promises will be easy to choose from.

Mirroring the wine program is Bartholomew's more standout branching into cellared beers - larger format bottles of craft beers that benefit from aging. There's a handful of those on the beer menu along with four taps for local craft brews. 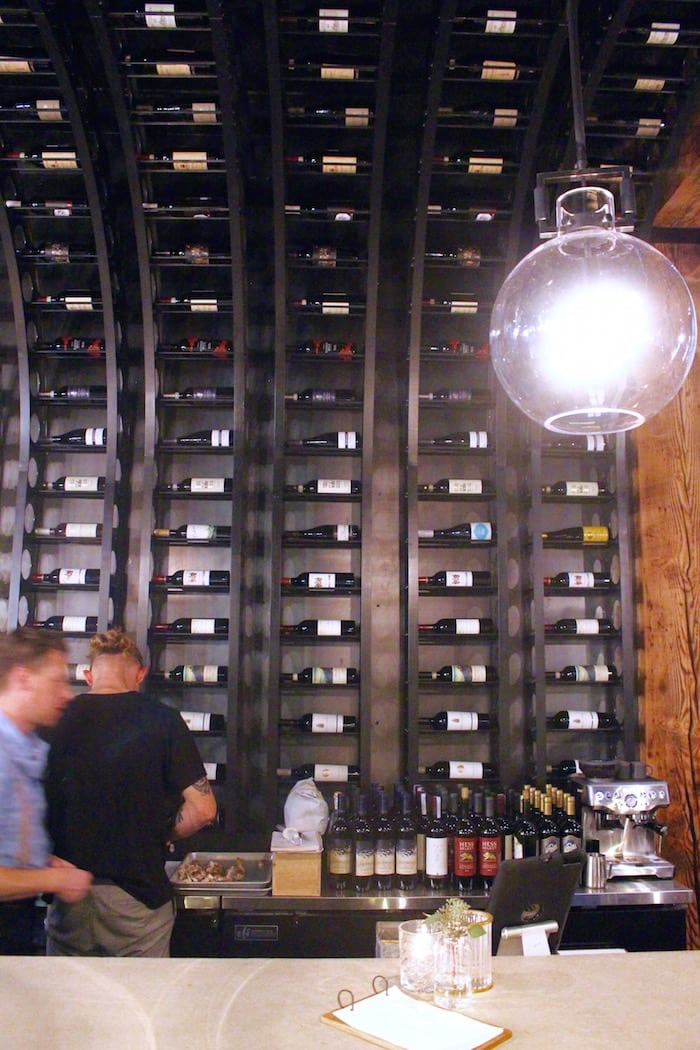 The stunning wine rack. Photo by Lindsay William-Ross/Vancouver Is Awesome

From 4-6 p.m. daily they'll have their Happy Hour menu in place, with deals on beer, wine, and cocktails, as well as $2 off bar snacks, $6 daily toasts, and a Happy Hour butcher board for $15.

Bartholomew is opening on Friday, October 18, and will be open nightly from 4 p.m. to midnight. They are doing walk-ins only, though ultimately you will have the option to arrange for a reservation for groups of 6-12 people.

The name, for the curious, is one Gayman says he's been hoping to deploy for sometime. Bartholomew was an apostle, and the patron saint of butchery - plus there's the word "bar" tucked right in there. Realizing his longstanding vision of a spot named Bartholomew, beckoning guests in for a sophisticated but approachable evening of good drink and food, Gayman and the team are ready to welcome Vancouverites to this brand-new spot. 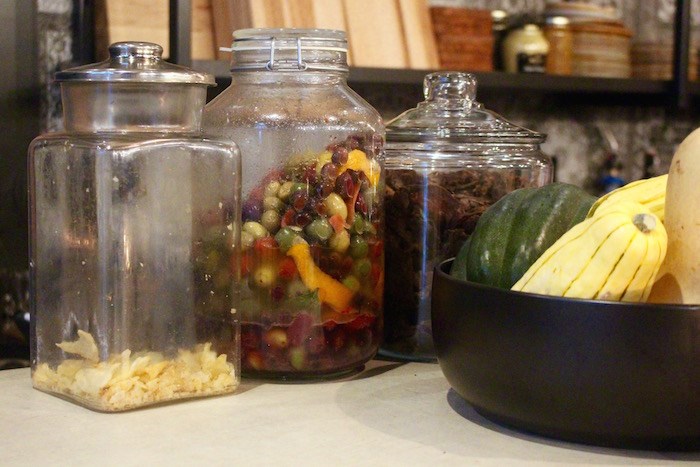 Large jars of olives and other ingredients at the bar. Photo by Lindsay William-Ross/Vancouver Is Awesome 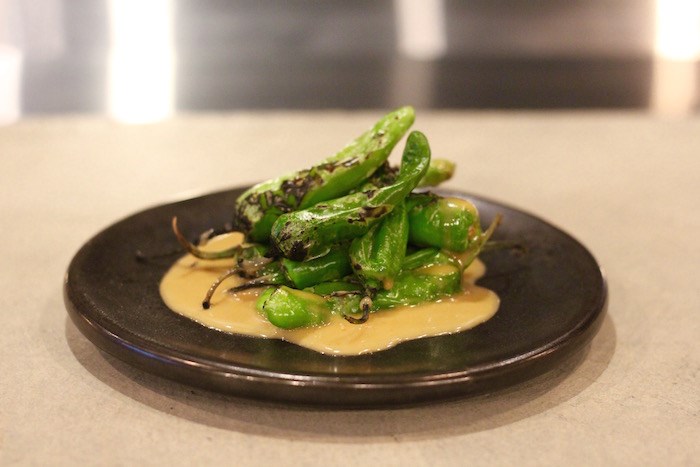 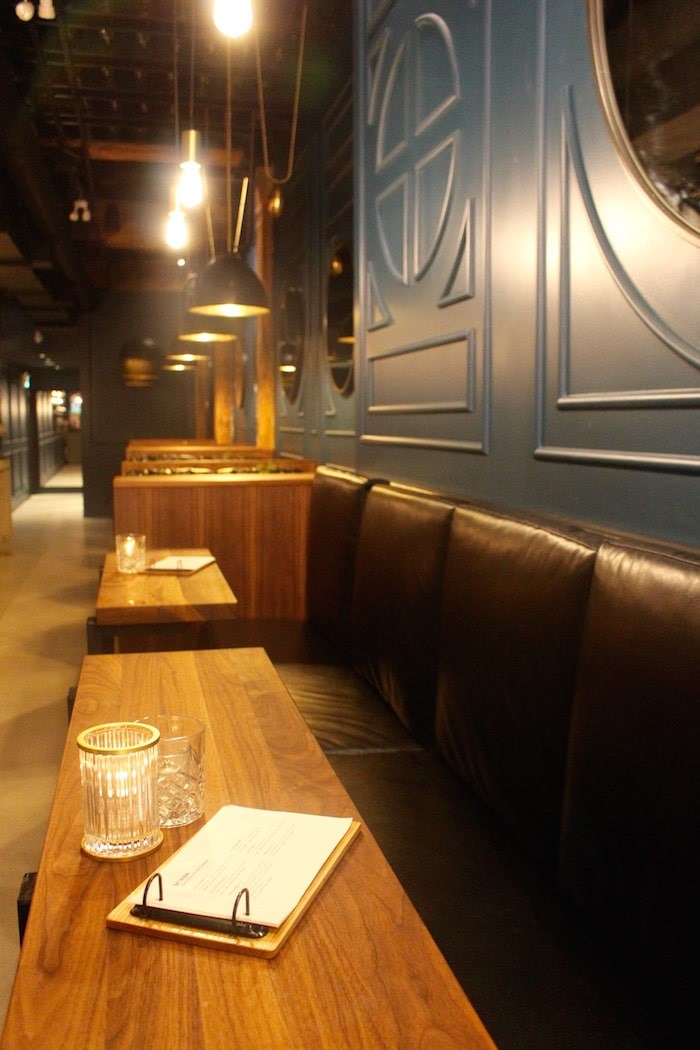 Seating alongside the right side of the narrow industrial-modern space. Photo by Lindsay William-Ross/Vancouver Is Awesome

Bartholomew is located at 1026 Mainland St in Vancouver's Yaletown neighbourhood.