Vancouver's Musette Caffe has long been a beacon for cyclists and coffee lovers
0
Jan 17, 2020 2:31 PM By: Lindsay William-Ross 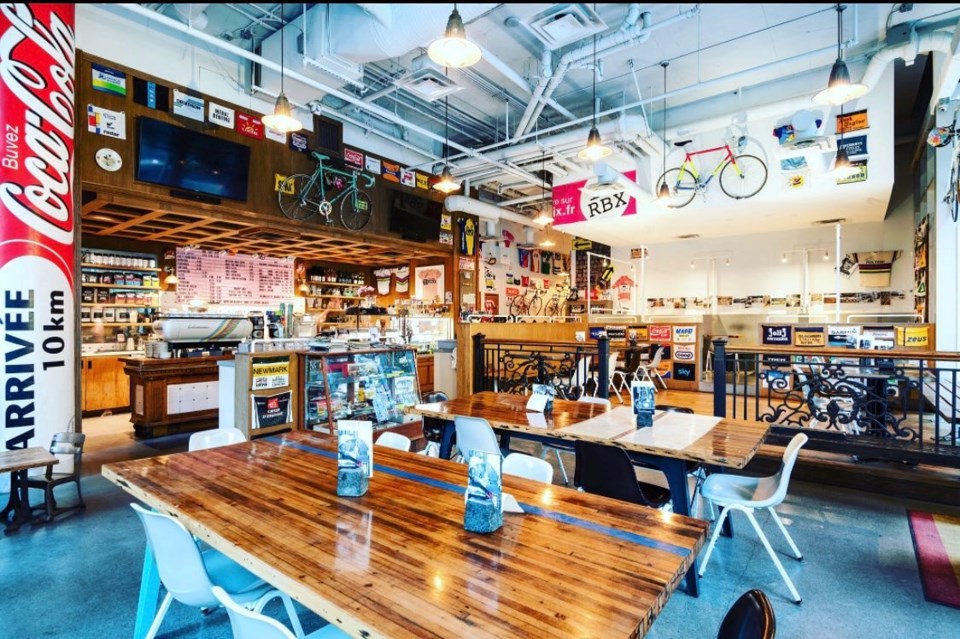 Vancouver's Musette Caffe has long been a beacon for cyclists and coffee lovers, and those who count themselves in both categories, too.

The Burrard Street cafe has just announced they will close down for good on February 29, 2020.

In a heartfelt parting message shared to social media, Musette's owner Thomas Eleizegui reflects on the cafe's tenure and significance: "To my dearest family and friends, I want to say thank you for the amazing opportunity you have given me. I met the most amazing people throughout the 8 years from all walks of life. With everything that’s going on around the globe this is such a small issue so I will keep it short, but I am truly grateful for what @musettecaffebar has brought to me and my family. Seriously I met the most amazing people from all around the world."

Eleizegui, who hails from Italy but came to Vancouver in the 1980s, first opened Musette on Burrard at Drake, then closed that location down at the end of 2015 to move to a fresh new spot, also on Burrard, which opened at the start of 2017. Previously, Eleizegui had a part in the Chinatown cyclists cafe on Pender, which was last known as The Message Cafe before shutting down.

The current Musette space focuses on cycling, even drawing design inspiration from a famous French bicylce race, and its name from the special bag that cyclists wear while riding to carry food and water. The bright space is fully-licenced, and serves brunch fare in addition to coffee beverages, functioning as a gathering place for the cycling community.

"What’s next? Not sure, but there will be a next chapter I promise," adds Eleizegui in the closure announcement.

In the meantime, Vancouver will soon be home to a new cycling-focused cafe, repair shop, and rental/touring hub all in one called Enroute Cycling and Coffee, which is gearing up to open in February on West 1st Avenue near Yew in Kitsilano. We'll have more on that spot in the coming weeks.

You can visit Musette until they close on Feb. 29 at 1325 Burrard Street in Vancouver.

UPDATED: After over a decade, this Commercial Drive jazz bar-restaurant is closing up in early January
Dec 18, 2019 3:32 PM
Comments
We welcome your feedback and encourage you to share your thoughts on this story. We ask that you be respectful of others and their points of view, refrain from personal attacks and stay on topic. To learn about our commenting policies and how we moderate, please read our Community Guidelines.