These are the best and worst beer towns in B.C. 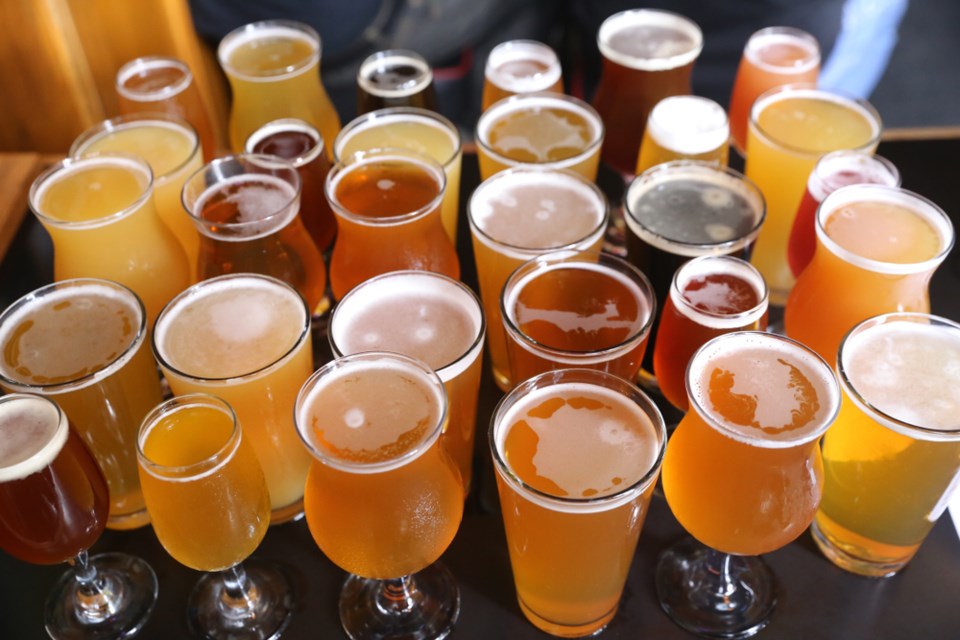 Which B.C. towns should we raise a glass to? And which have us drowning our sorrows? (Beers/Shutterstock)

It seems like every city is vying for the title of B.C.’s Best Beer Town these days. Victoria has a legit claim, since it’s home to the oldest brewpub in Canada (Spinnakers), the oldest independently owned microbrewery (Vancouver Island Brewing) and the oldest craft beer festival in Canada (Great Canadian Beer Festival). With 77 breweries, Metro Vancouver has the most breweries of any city in Canada. Meanwhile, Penticton is consistently ranked near the top of every Best Beer Town list, most recently by Lonely Planet and Expedia.

But which town ultimately gets the bragging rights? In order to find an empirical, subjective yet completely flawed solution, we decided to massively oversimply the question, and look at one metric only: breweries per capita—or, technically, residents per brewery. Using 2016 census data, we took the population of every municipality in B.C. and divided it by the number of breweries and brewpubs it has. Only municipalities with two or more breweries were counted. As it turns out, all the best beer towns have two things in common: they are tiny and they are clearly very thirsty. As for the worst beer towns, they’re all suburbs, so at least they don’t have to travel far for great craft beer.

We even discovered which municipalities are in the most desperate need of a craft brewery. The results might surprise you!

The Best Beer Towns in B.C. 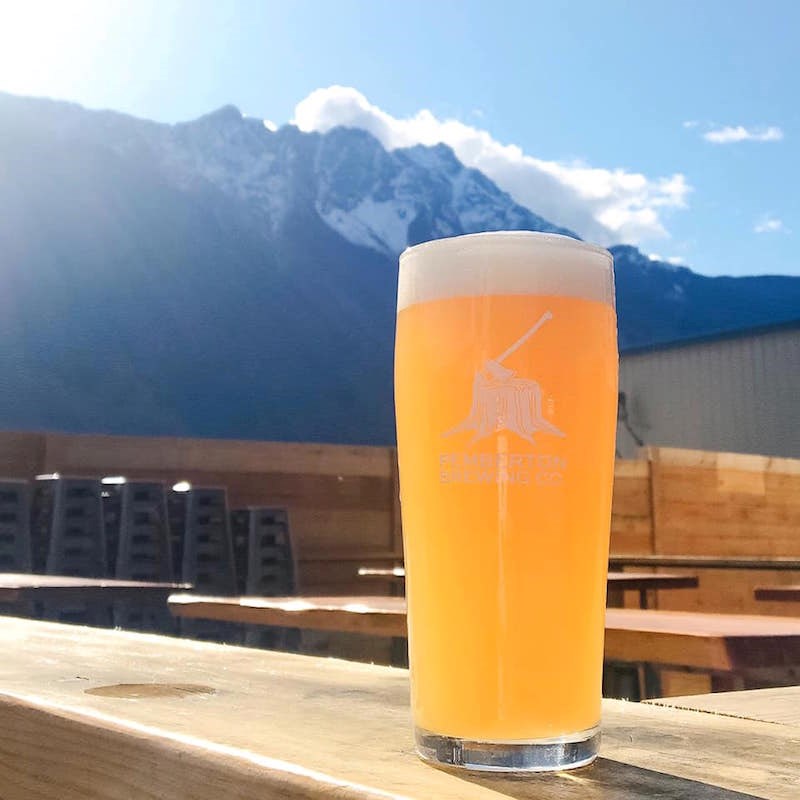 Wee little Pemberton probably has more cows than people, but those people are thirsty enough to support two fledgling craft breweries: Pemberton Brewing Co. and The Beer Farmers. Given its proximity to Whistler and eye-popping natural scenery, Pemberton is quickly becoming a tourist destination in its own right. Craft beer is just the icing on the cake.

Increasing numbers of Vancouverites are fleeing the city for this picturesque Sunshine Coast town—and they’re bringing their thirst for craft beer with them! Luckily Persephone Brewing, Tapworks Brewing and The 101 Brewery and Distillery are more than up to the task.

This former logging town was once known as Drunken Duncan, but today it’s a popular tourist destination thanks to the many nearby rivers and lakes and it’s cute-as-a-button historic downtown. A recent wave of Victorians have moved over the Malahat in search of cheaper housing, so it’s not surprising that craft beer is thriving here with Craig Street Brew Pub, Red Arrow and Small Block Brewery, just as it is pretty much everywhere on Vancouver Island.

Since all the winning towns are super tiny without many breweries, we decided to look at cities with a population of more than 30,000 people. Because why not!

Now we’re getting somewhere. Penticton was recently proclaimed the Best Beer Town in Canada by the Lonely Planet travel guide, and the density of breweries in the South Okanagan beach town was one of the reasons. It’s also been way ahead of the curve on craft beer for decades, with its first craft brewery, Tin Whistle Brewing, opening up in 1995 and the Okanagan Fest of Ale celebrating it’s 25th anniversary this year. Bad Tattoo, Barley Mill, Cannery, Highway 97, Slackwater and Tin Whistle will soon be joined by Neighbourhood Brewing, opening up downtown this summer (hopefully). 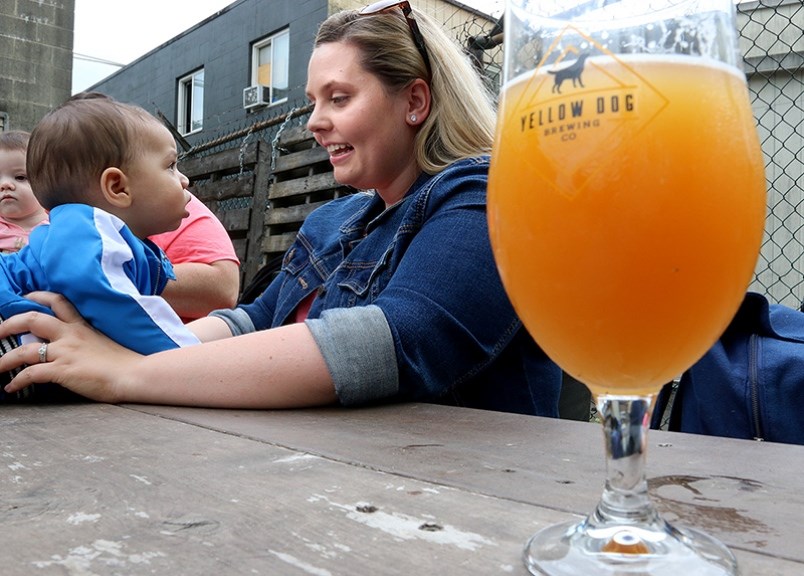 Sarah Williams shares a moment with her son, Aiden, 8 months, during the monthly Tri-Cities Babies and Beer meet up group at Yellow Dog Brewing in Port Moody.

Port Moody may be a relative newcomer to the craft beer game—at least compared to the other two cities on this list—but it’s come a long way in short time. The emergence of Brewers Row on Murray Street and the extension of the Evergreen Line SkyTrain have made PoMo a suburban mecca for beer lovers. In addition to Moody Ales, The Bakery, Parkside, Yellow Dog and Twin Sails, Fraser Mills Fermentation is set to open any week now.

Barely edging out North Vancouver, Canada’s Craft Beer Capital picks up third place. Not surprising since craft beer is part of the very fabric of the city, and has been for more than 35 years. While the Victoria scene idled somewhat with no brewery openings between 2012 and 2018, two breweries—Île Sauvage and Whistle Buoy—have opened since then and there are another three on the way. Watch out Penticton, Victoria’s coming for you!

What about the other end of the list? Here are the municipalities with the fewest breweries per capita. At least they have some, though, which is more than some places can say. But more on that later.

Oh Surrey. The second largest municipality in the province also has fewest breweries per capita. And of those paltry three breweries, Big Ridge is a brewpub and the Russell doesn’t have a tasting room, leaving only Central City as Surrey’s only craft brewery tasting room. Meanwhile, next door in the City of Langley, there are four craft breweries for a population of barely 25,000. C’mon, get it together Surrey!

For a city with a sizeable population and plenty of industrial-zoned land suitable for a craft brewery, you’d think craft beer would be popular in Coquitlam. And you’re right! Because of its proximity to Port Moody, Coquitlam’s craft beer lovers tend to travel to Murray Street and nearby Mariner Brewing for their fix, or the legendary John B Pub—one of the best craft beer bars in the province with a whopping 86 taps.

What Burnaby lacks in quantity it makes up for in quality, with Dageraad and Steamworks both calling the Lake City home. Still, Burnabarians are thirsty bunch and I’ve got to think the city could easily support another—I don’t know—dozen or so breweries.

The Worst of the Worst

And now we’ve come to the very bottom of the list: the largest municipalities in B.C. without any craft breweries at all. Nada. Zero. Zilch. And none of these cities even have craft breweries in the works. Not even a homebrew shop. Some don't even have a craft beer bar! You can't even call these places "beer towns," since there's pretty much no craft beer to be found.

The wealthiest municipality not only in the province, but in the entire country, also happens to be the poorest when it comes to craft breweries. And yet it was here, at the now defunct Horseshoe Bay Brewery, where Canada’s very first craft brewery was established in 1982, sparking the craft beer revolution.

B.C.’s second wealthiest municipality also has no breweries to call its own. It also has more golf courses than it does gas stations. I’m sensing a trend here. Perhaps beer really is the champagne of the working class. Personally, I’d rather crush a six-pack on the beach than sip champagne in a castle.

One of Victoria’s inexplicably numerous suburban municipalities, Colwood is home to close to 17,000 people, Royal Roads University and multiple military installations, so you would think a craft brewery would fit right in here. Thankfully, craft beer drinkers can at least drown their tears at the 328 Taphouse with its 40 taps of B.C. craft beer.