Bottoms up! VPL's reading experts have teamed up with Cicerone and B.C. Beer Awards co-founder Chester Carey to bring you this list of perfectly paired books and beers: 1.
0
Oct 20, 2017 10:00 AM By: Vancouver Public Library

Bottoms up! VPL's reading experts have teamed up with Cicerone and B.C. Beer Awards co-founder Chester Carey to bring you this list of perfectly paired books and beers: 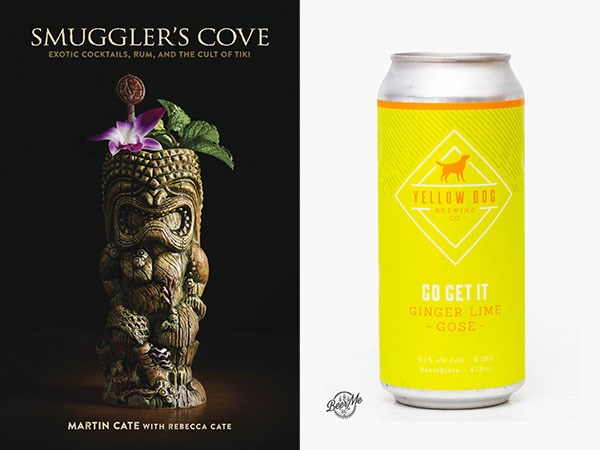 Martin and Rebecca Cate, the founders and owners of Smuggler’s Cove – one of the most acclaimed tiki bars of the modern era – take you on a journey into the fantastical world of the tiki. They cover everything from exotic cocktails, rum and the lore and legend of tiki.

Beer: Go Get It by Yellow Dog Brewing

A lime ginger gose. Exotic flavours of sour lime and spicy ginger on top of a tart wheat ale kissed by sea salt. A warming and refreshing version of a classic German-style beer. 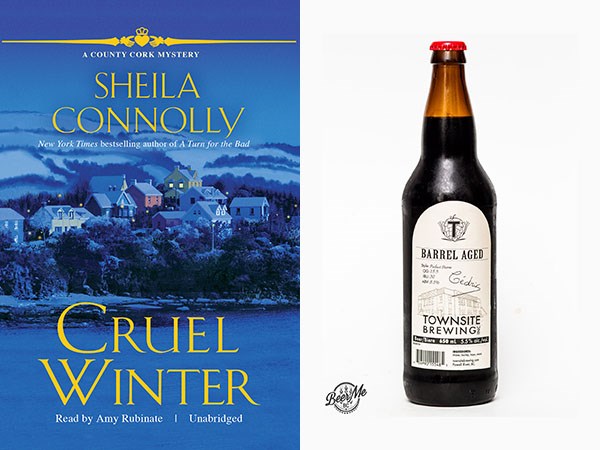 Cruel Winter is an engaging new take on the classic locked-in-a-room mystery. The story follows Maura Donovan, who finds herself stranded in a busy pub with a suspected murderer during a winter storm. With a long night ahead, Maura is determined to hear the other side of the story.

A dark, brooding oatmeal stout. Deep flavours of chocolate and coffee are given an oily luscious texture from an oatmeal addition. Reminds you of a stormy night. 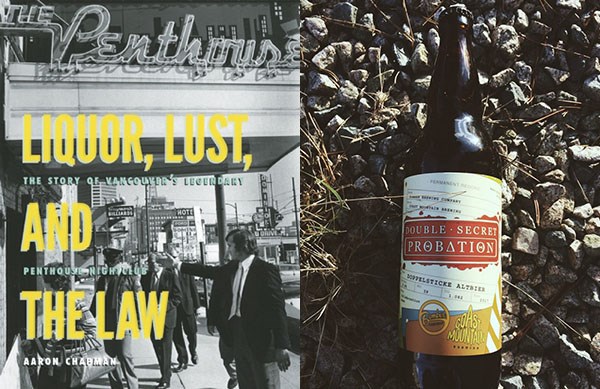 3. Book: Liquor, Lust, and the Law by Aaron Chapman

Vancouver’s Penthouse Nightclub was the after-hours spot for the famous since its opening in 1947 – hosting performances with the likes of Duke Ellington, Frank Sinatra and more. Liquor, Lust, and the Law reveals the glamorous – and sometimes scandalous – history of Vancouver after dark.

It’s easy to see why its brewers originally kept this recipe a secret. The smooth bread crust, caramel malt and spicy hops flavours hide a boozy kick that leaves you thinking it might have been banned. 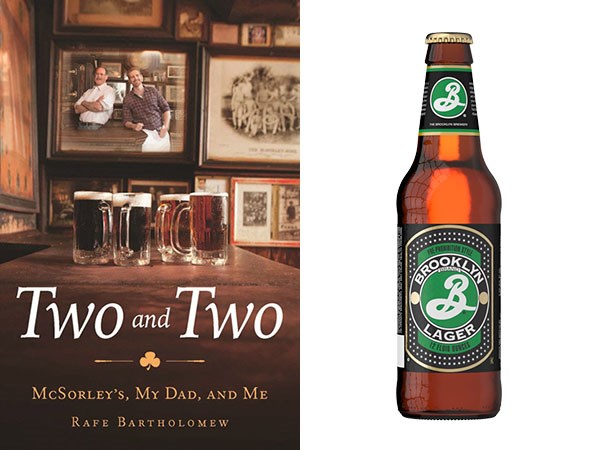 With a flavour profile well-suited to having several over a sitting, this pre-Prohibition, Vienna-style beer is balanced, smooth, bitter and full flavoured, yet refreshing. A throwback to classic beers halted by the temperance movement. 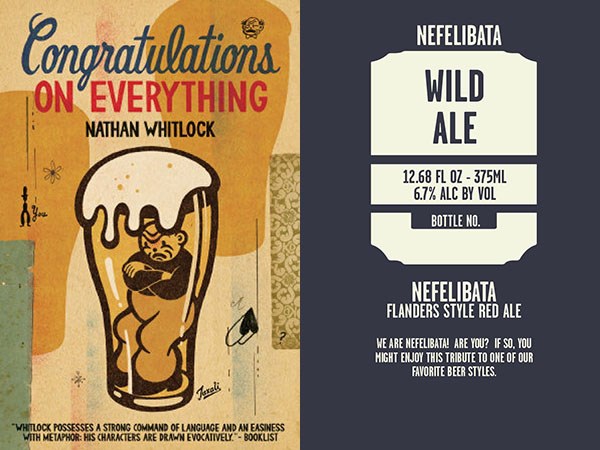 5. Book: Congratulations on Everything by Nathan Whitlock

This hilariously dark novel is filled with ambition, failure and sex. It follows the struggles and victories of a middle-aged bar owner and a waitress in her 30s, and uses humour and heartbreak to shed light behind-the-scenes of your favourite bars.

Beer: Nefelibata by Engine No. 9 Brewery

Is it red wine? You'll taste notes of bright red fruit, oaky vanilla and coconut with mouth-watering sourness. A Flanders red ale that will spur imagination and memory. 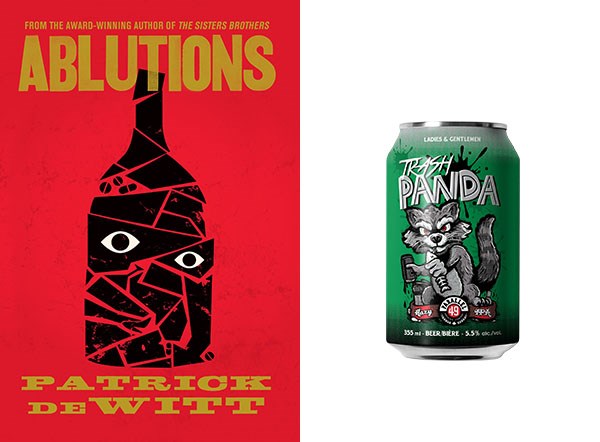 A nameless barman tends a bar in Hollywood, amusing himself by taking notes on the clientele in hopes of uncovering their secrets. Dark and provocative, the book lays it all out there for readers to drink up, spit out and come back for more.

A hazy IPA with bright, tropical flavours and citrus, layered over a base of melon and pear. A trace of bitterness balances things out. It’s a California-style beer with an East Coast twist. 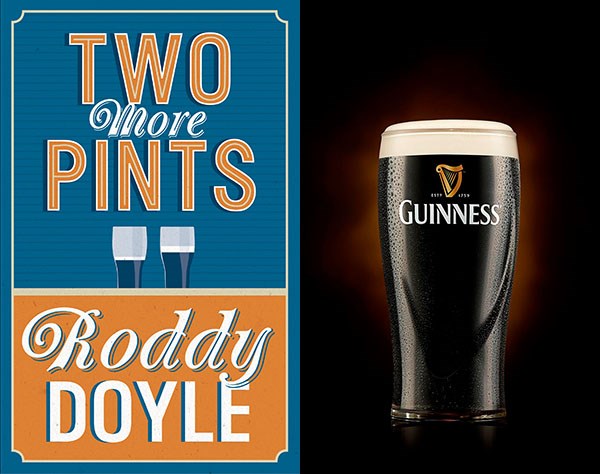 Two men meet in a Dublin pub for a pint (or two or three) and hilarity ensues. Written as a conversation between good friends, Two More Pints covers everything from the day's news to family life to random thoughts that will make you feel like you’re right there with them.

The definitive dry Irish stout brewed in St. James Gate, Dublin. Smoothly roasty with a creamy texture. A pint suited for either quaffing with oysters or sipping the afternoon away on a comfortable bar stool.

In this amusing collection of stories, 53 writers (Jim Shepard, Rosie Schaap and Laura Lippman to name a few) tip the glass to their favourite bars. They share personal stories – both good and bad – about their local neighbourhood joints and exotic establishments as far as Antarctica.

Beer: City of the Dead by Modern Times Brewing

Coffee is aged in bourbon barrels before being blended into this chewy export stout. It brings competing flavours of vanilla, chocolate, espresso, whiskey and dark fruit into collective harmony. 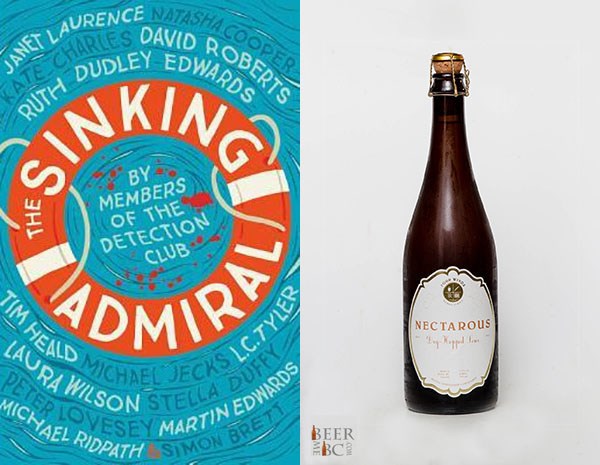 The Admiral pub is threatened by closure when the owner – nicknamed the Admiral – is found dead. The pub faces closure, a TV documentary team arrives and tensions are at an all-time high. Written as a collaboration by 14 crime writers, this story is unlike anything you’ve read before.

Floral, tropical stone fruit hop aromas infused into a complex, tart ale. Dry-hopped sour ales are unique because they taste remarkably of fruit – in this case, nectarines – yet none is present. 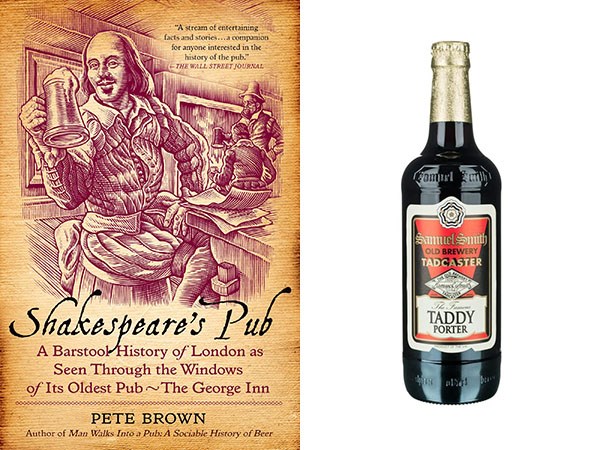 Welcome to the George Inn, London's oldest surviving galleried inn. Soak up six centuries of pub history with historian Pete Brown as you grab a pint, settle back and imagine who may have come to have a drink before you.

A full-bodied, dark porter with a recipe dating back to 1758. Before this beer was first brewed, Londoners were drinking a different kind of porter. Barmen would blend a trio of casks to create the rich brown bread and raisiny flavours we now associate with porter beer.

For more great reads and recommendations from the library’s reading experts, visit any of VPL’s locations or vpl.ca.