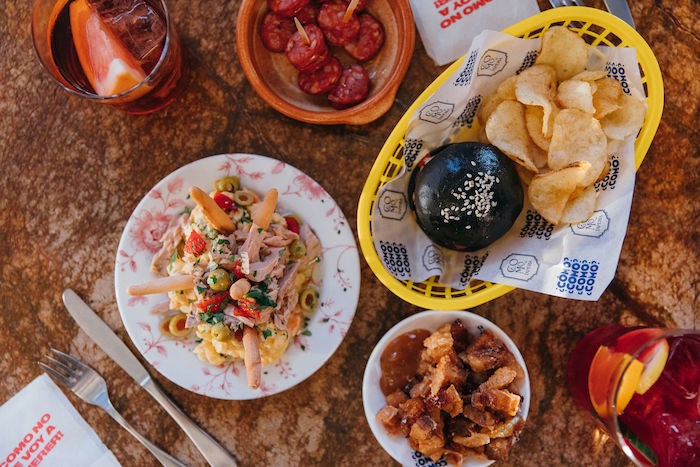 Como Taperia has been named the second-best new restaurant in Canada of this year. Photo courtesy Como Taperia

Drumroll please! After revealing the list of 35 nominees for the best new restaurants in the nation back in August, Air Canada's enRoute has finally revealed the 10 winners, and a Vancouver hotspot comes in at number two.

Mount Pleasant's buzzy tapas restaurant, Como Taperia, has taken the number two spot, and it's one of three in B.C. in the top five and overall on the list, which was announced in the evening on Oct. 23. This year's list also includes Pluvio in Ucluelet (4) and Nowhere * A Restaurant in Victoria (5) - an impressive showing for B.C. this year.

Vancouver's Como was a hotly-anticipated November 2018 open, and the vibrant room boasts a bustling tapas bar (including an excellent happy hour), terrific cocktails and wines - including sherries - and an array of Spanish small plates and imported tinned fish and seafood.

The owners have "channelled the spirit of their favourite Madrid and Barcelona bodegas (that’s wineries in Spain): the vermouth and sherry on tap, the jamón, salted fish, pimentón- and potato-centric small plates and the booty-shaking 1970s-era soundtrack," lauds Air Canada of Como.

To come up with the initial list, Air Canada sent one writer across the country to try restaurants, armed with several fake names for making reservations, and with the airline picking up the tab for the meals.

But only what Air Canada calls the "most unforgettable, innovative and mind-bogglingly delicious" spots end up in the top 10.