B.C. breweries take terroir to the next level by growing their own ingredients

Craft brewers in B.C. are growing their own hops and malting barley and more. The result is beer with a sense of place and a flavour that’s exclusive to their own corner of the world.
Sep 13, 2019 4:09 PM By: Rob Mangelsdorf 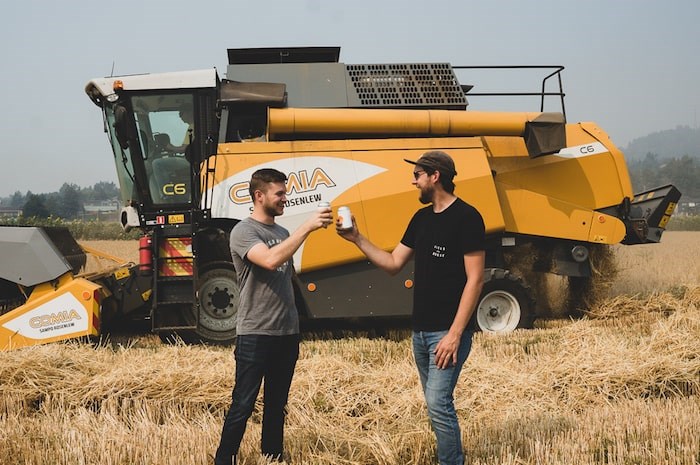 Craft brewers are taking to the fields to explore that very question, growing their own hops and malting barley—even harvesting their own wild yeast. The result is beer with a sense of place and a flavour that’s exclusive to their own corner of the world.

Field House Brewing in Abbotsford is one of a growing number of breweries in B.C. now growing its own ingredients—in this case, malting barley and fruit, as well as vegetables and herbs for the brewery’s kitchen. Field House has even developed its own strain of brewing yeast, harvested and propagated from its farm.

For founder Josh Vanderheide, the goal is to brew beer with terroir—a flavour that’s unique to where it’s made.

Just as important, in Vanderheide’s mind, is that it allows consumers to understand the provenance of what they’re drinking and hopefully raise questions about the food they eat, as well.

“As a culture, I think we’ve lost a lot of our connection with our food and our ingredients,” he explains. “I think [our beers] are a great way to have a conversation about local food and reconnecting agriculture with food culture.”

Six months ago, Vanderheide sold his house and moved onto a five-acre farm to grow barley and orchard fruits for his beer. Soon, he will be adding a brewery to the property—complete with a tasting room and picnic area—where he’ll base Field House’s barrel-aging program.

Field House worked with Washington State University’s Skagit Valley Bread Lab to identify barley varieties that would thrive in the Fraser Valley and be suitable for brewing.

“Grain is the heart and soul of beer, so we thought, let’s take on growing our own grain for our beers,” says Vanderheide. “We really learned a lot about the idea of terroir and grain: just like wines taste like a certain region, the same goes for grain. So we like this idea that the beers would taste like the Fraser Valley, because they’re grown here.”

Field House’s recent Farmland Series features a grain bill that includes 35 per cent unmalted barley grown on its farm, hops that were grown just down the road, and was fermented with wild local yeast. The plan is to eventually grow 100 per cent of the barley used in Field House’s barrel-aged beers.

Vanderheide says spending the time and effort to grow the ingredients he uses in his beer has changed the way he thinks about them.

“When you just order hops or malt, you tend to treat it like a commodity,” he says. “You have so much more respect for the ingredients when you grow them yourself.”

Whereas Field House is a brewery that decided to start farming, Barnside Brewing in Delta is a farm that has decided to brew beer. Ultimately, the goal is the same, however: to create beer with a distinctive flavour defined by where it is made. 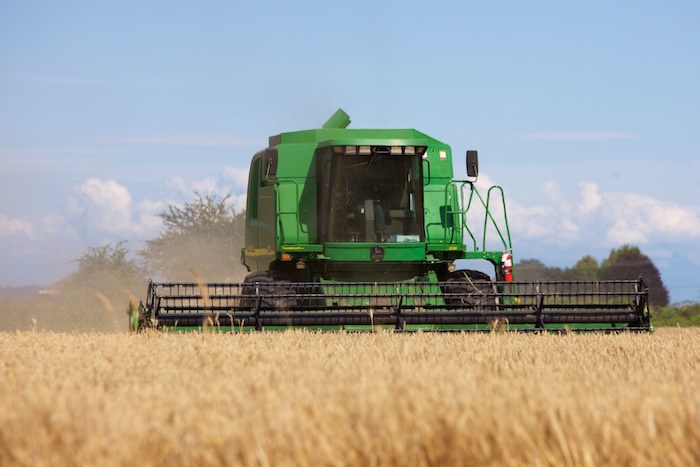 Barnside is a joint venture between four farming families, who between them have more than 700 acres of organic malting barley, a five-acre hop yard producing six different varieties of hops, organic potatoes, cranberries and honey. Plans are in the works to add another 10 acres of hops, as well as a malting facility.

“We’re not buying flavours, we’re growing them,” says co-founder Ken Malenstyn. “Delta has the best soil in B.C.—it’s so rich in nutrients—and that imparts great flavour characteristics to what we grow. We were already growing the ingredients, so it made sense to make beer out of it.”

The vision for Barnside—which is scheduled to open later this year—is to make as much of the beer with ingredients grown on the farm, and to provide an experience where beer lovers can see exactly where the beer comes from.

However, that will likely place limits on what Barnside is able to brew.

“We’ve chosen parameters where we’re not going to be chasing the constantly moving IPA target, for example,” Malenstyn says. “But we will make the best IPA we can grow, and it’s going to be unique because of that. And some people might say that’s restrictive, and it is, but it’s also a good challenge… because it forces you to get creative.”

Malenstyn, who’s also a member of the B.C. Hop Growers Association, hopes farm-based breweries like Barnside will inspire other breweries to use more local B.C. grain and hops in their beers.

“Terroir makes an incredible difference in the value of what you’re producing.”