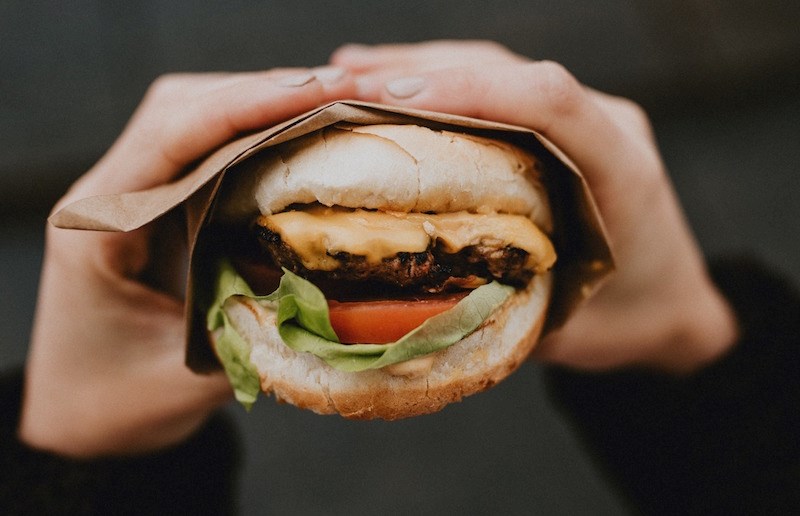 A burger joint that launched just a few months ago out in Abbotsford is expanding their reach with the recent addition of take-out and delivery service from a Gastown restaurant.

Now BRGR BRGR is firing up their burgers made with fresh, regionally-sourced ingredients out of the kitchen of Noodlebox in Gastown (108 West Hastings Street), offering pick-up and delivery (via DoorDash and UberEats).

Making the most of nearby farms and suppliers, BRGR BRGR's menu features burgers using Lepp farm beef, Jerk-style or fried chicken from Rossdown Farms, as well as Beyond Meat burgers.

Sides include beer-battered fries, crunch panko crusted onion rings, slaw, or a kale Caesar. They're also offering kids' fare, and for dessert, the "ICCE BRRG" - ice cream between buns, in grown up and kids' versions.

There's a slew of housemade condiments, like Bacon Jam, a Creamy Thai dipping sauce, or a Peach BBQ sauce, along with a house burger sauce, and a few others. To drink, you can order six-packs from Abbotsford's popular Field House craft brewery.

A new Latin-inspired craft brewery plans to open this summer in North Vancouver
May 12, 2020 10:44 AM

Veteran Vancouver restaurant re-opens for take-out during their last months in business
May 11, 2020 1:36 PM

Fresh sheet: 10 Metro Vancouver restaurants open again for take-out and delivery
May 7, 2020 1:59 PM
Comments
We welcome your feedback and encourage you to share your thoughts. We ask that you be respectful of others and their points of view, refrain from personal attacks and stay on topic. To learn about our commenting policies and how we moderate, please read our Community Guidelines.