Known for offering a daily brunch people line up for, this popular downtown spot is now opening its doors After Dark
Oct 26, 2020 12:26 PM By: Lindsay William-Ross

"I always said to my staff that I just might open at night," says Robbie Kane with a laugh. It's around 8:30 p.m. and in between cleverly situated Plexiglass dividers, candle-lit tables of two or four guests are sipping glasses of wine from Sicily and Nemea, Greece and dipping hot-from-the oven flatbread into silky hummus.

Kane is the owner of one of Vancouver's most well-loved daytime only brunch-centric spots, Cafe Medina, and while the Richards Street restaurant has opened its doors on occasion in the evening for special events, the new After Dark menu is making believers out of not only the staff but also diners in search of a new option for nighttime drinks and eats.

Operating Thursday through Saturday evenings from 6 to 9 p.m., Medina After Dark is another creative solution to running a restaurant during the ongoing pandemic. With large indoor gatherings dicey at best, curtailed liquor service hours, and reduced dine-in capacity, expanding Medina's hours and menu is a smart solution.

The menu, unsurprisingly, is also smart - not to mention delicious. There's a trim and thoughtful selection of small and medium-sized plates designed for sharing, ranging from charred broccolini dressed in fried garlic and tahini to a heartier trio of spicy lamb meatballs in a fiery tomato sauce dabbed with cooling raita (yogurt sauce). Seared and sliced tuna loin speckled with ras el hanout - a Moroccan spice mixture - sit on greens with a jammy egg and tangy beans, offering a North African take on a Salade Nicoise.

Fans line up for Medina's brunch with just cause; the restaurant's tagines, fricassées, and blistered flatbreads are its savoury calling cards. When the lights go down, that same flatbread can be used to pull swaths of creamy hummus, topped with either shredded lamb and juicy pomegranate seeds or roasted mushrooms, for some tantalizing mouthfuls.

You won't see Medina's famous waffles or lavender syrup After Dark - some things are sacred to brunch, after all - but there is a single dessert offering, which is right now an apple-studded clafoutis with whipped cream. If you've got a hankering for those waffles and an at-home latte with lavender syrup, Medina is also making those available to order through grocery delivery service Legends Haul, just another way the restaurant has been diversifying its offerings to match the times. 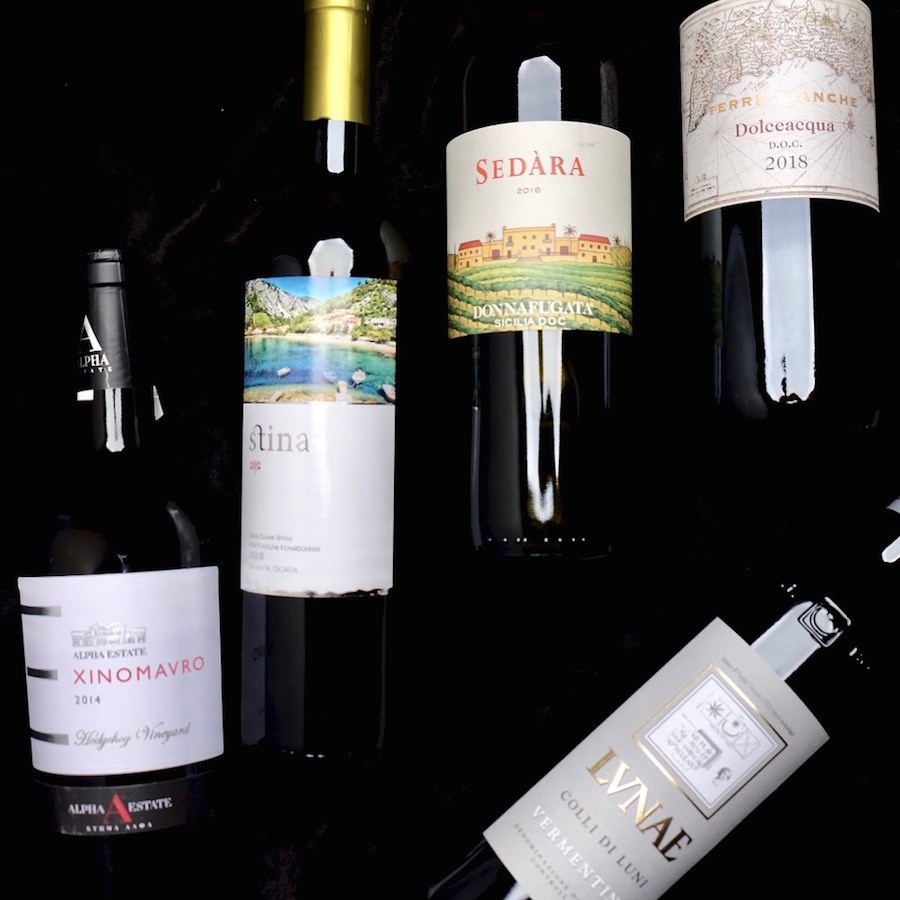 To go with the After Dark menu, executed by Executive Chef Christopher West, is a wine menu that keeps the room easily humming. Designed by General Manager and wine pro Jenna Briscoe, the selections are tied to Medina's culinary roots, and will spark conversation for those who are wine lovers but not experts. The savvy servers can take your description of what you enjoy in a glass or bottle and find a perfect pour from the After Dark curation. In seeking something distinctly juicy, I sipped away on a Nero d'Avola from Stemmari in Sicily, which was beautifully ripe and bright.

For those who prefer cocktails, you can still order up a tipple from the bar, or even a coffee if that's your preferred buzz. In another never-happened-before turn, you can also make a reservation, which I'd recommend for After Dark, with its limited days and hours.

Café Medina is located at 780 Richards St in Downtown Vancouver

A re-opened restaurant, brand new sushi takeout, and a cafe with fresh pasta: Tracking every delicious change in food at one Vancouver hotel
Oct 16, 2020 1:27 PM