Kickass, nice: After two years, one of Vancouver's OG food trucks is gearing up to roll again

Known for its bold pan-Asian eats served with a side of sass, the popular kitchen on wheels is revving up for a relaunch.
Oct 26, 2020 9:39 AM By: Lindsay William-Ross

It was just about two years ago when one of Vancouver's original - and most popular - food trucks had to set the parking brake. Le Tigre, known for its bold pan-Asian eats served with sass (and a side of kickass...signature Kickass Rice, that is), broke down and went out of commission.

But great news: The Le Tigre food truck is gearing up to get back on the road, and, with a fresh new look and a revamped menu, will re-launch officially on Friday, Oct. 30.

Since pulling into its interim parking spot, items from the Le Tigre menu have been available to order from its sibling brick-and-mortar restaurant, Torafuku.

There have been a few changes at Torafuku in the interim, too. The restaurant, which recently celebrated its fifth anniversary, is now under the proprietorship of prior co-owner Steve Kuan, who also does double duty as Torafuku's head chef. Kuan's Taiwanese heritage has a strong presence on the Torafuku menu (that award-winning beef noodle soup, heck yes!), and now those flavours, are more present on the refreshed Le Tigre truck menu. 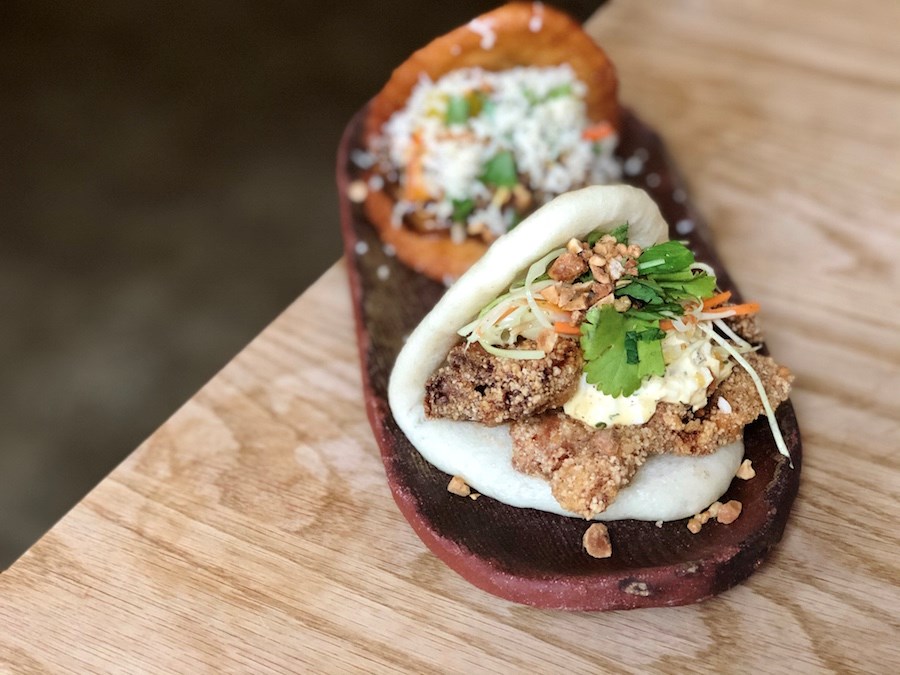 Also onboard the truck is Torafuku sous chef Jace Yun, who is partnering with Kuan for the venture. Yun's South Korean background will also influence the Le Tigre eats, giving fans of the truck more exciting flavours to look forward to.

The truck's menu is a meld of Le Tigre classics, like the Kickass Rice Bowls, which give the guest the choice of braised beef, crispy chicken, or Brussels sprouts paired with their signature rice, prepared with sake, butter, and dashi and topped with a poached egg.

The Brussels sprouts and Crispy Chicken get space of their own on the menu as dishes on their own, which will make fans of old school Le Tigre happy.

New items, however, are poised to become fresh faves. There are a couple of bun-wiches, made with bao: One features Crispy Chicken with a housemade tartar sauce and punchy slaw in a soft bao, while the Beef Brisket draws inspiration from a Prime Rib feast; the super tender meat is sprinkled with fresh horseradish shavings and comes in a deep-fried bao. 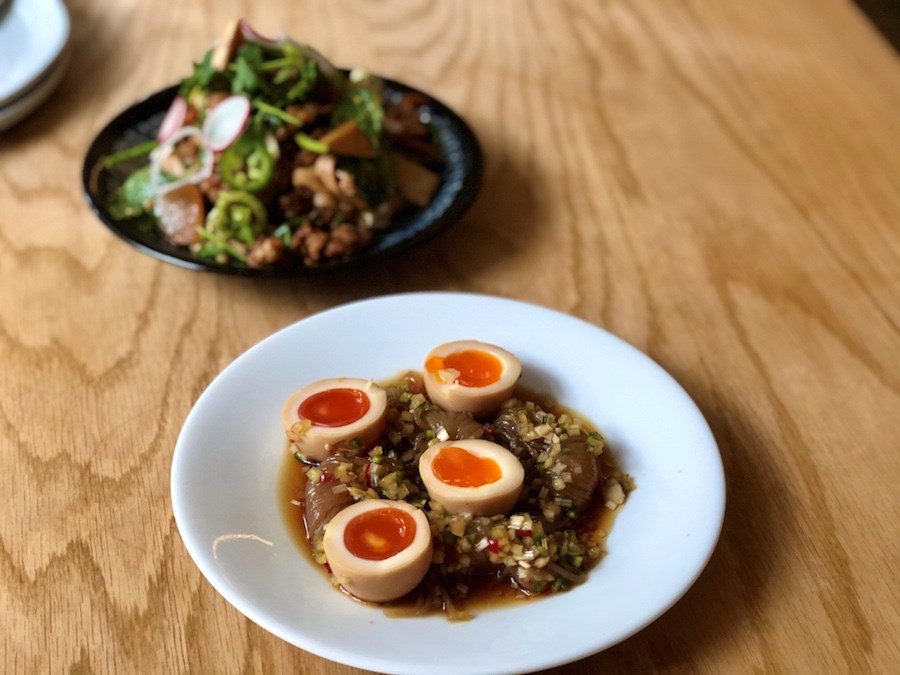 A trio of further new offerings round out the menu. Pork belly and salad might not strike you as likely bedfellows, but this meld of tender strips of savoury belly meat cooked shabu-shabu style tangles beautifully with fresh herbs, and is topped with crispy kickass rice bits and ssamjang dressing. Ssamjang is Korean soybean paste, so this is one dish where you can definitely get a taste of what Yun is bringing to the table.

The other two dishes are the more delicate pair of ramen-style soy eggs teamed up with glassy konyak noodles in a light sweet and salty sauce, and the Ugly Dumpling, which is actually one of the loveliest looking (and tasting) dumplings out there. It's a pork and tail-on shrimp dumpling, cleverly bundled and served with a mixed herb salad. 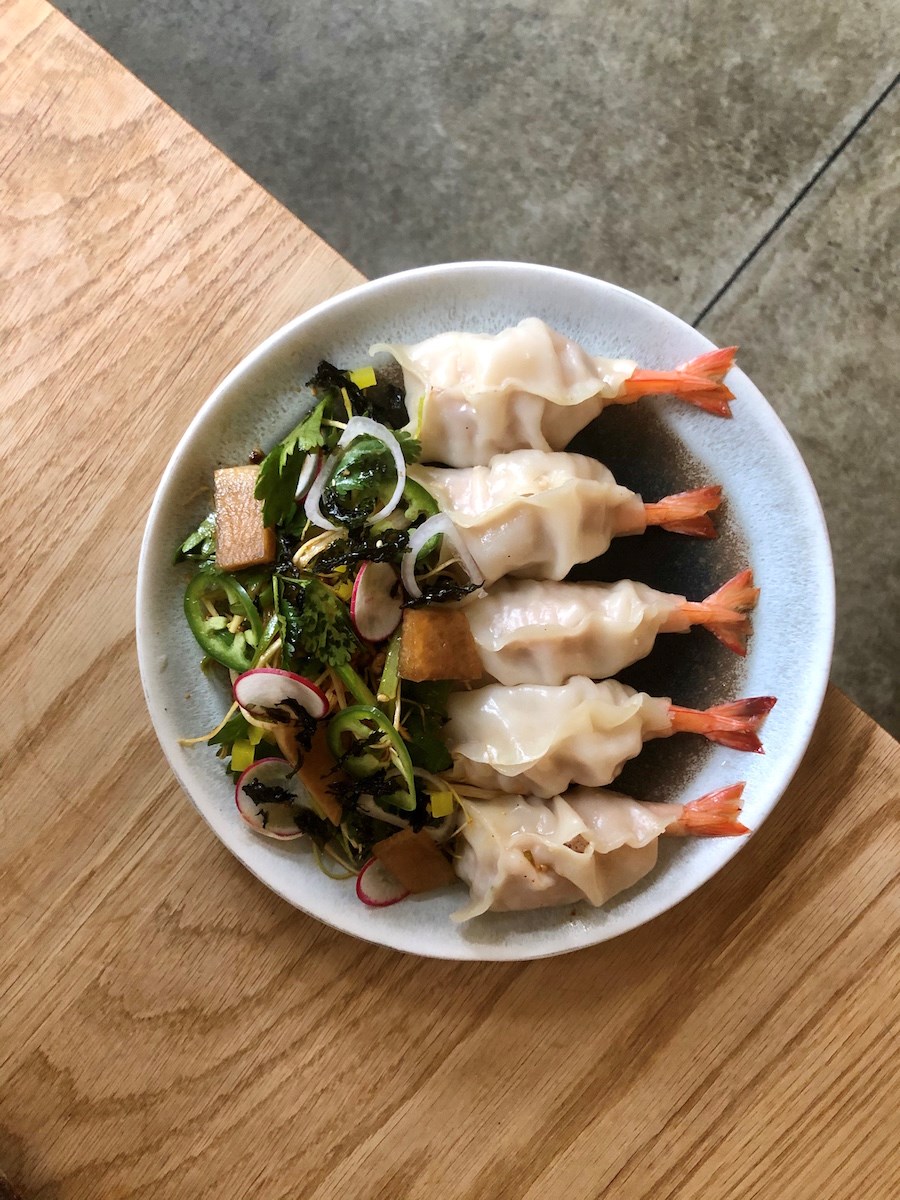 The prettiest Ugly Dumplings you'll ever see. Photo by Lindsay William-Ross/Vancouver Is Awesome

The Le Tigre truck - which originally hit the streets of Vancouver back in 2012 - will make its encore debut at 33 Acres Brewing (15 W 8th) on Fri. Oct. 30, from 11:30 a.m. to 2 p.m. The truck will be at four locations, one each daily Tuesday through Friday, from 11:30 a.m. to 2 p.m. daily. Its initial schedule will find the truck parked at Broadway & Ash on Tuesdays; Railway & Jackson on Wednesdays; Granville & 10th on Thursdays; and at 33 Acres on Fridays. The Le Tigre truck is also available to rent for private gatherings.