Two more FreshCo stores are open in Metro Vancouver, but they have one additional distinction: They're Chalo! FreshCo stores, which focus on South Asian foods.
Jul 11, 2019 5:36 AM By: Lindsay William-Ross

FreshCo groceries stores, the discount brand operated by Sobeys, have slowly been moving into the B.C. market, taking over properties that had previously been Safeway stores.

Now two more FreshCo stores are open in Metro Vancouver, but they have one additional distinction: They're Chalo! FreshCo stores, which focus on South Asian foods. 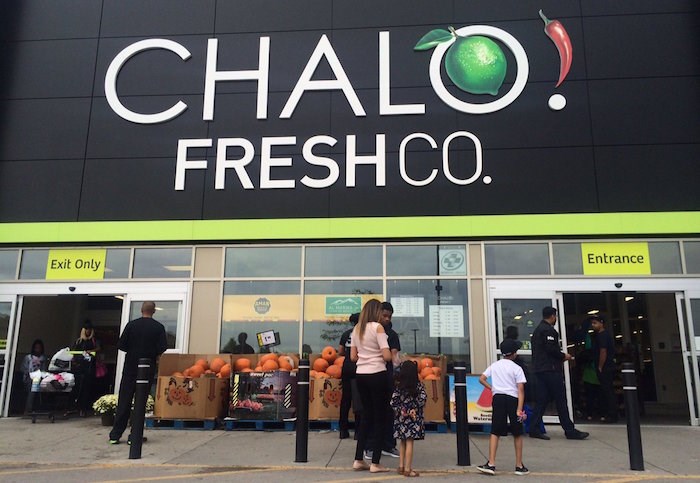 These FreshCo stores promise to offer "the brands you love and all the ingredients that you need to make delicious South Asian and Canadian meals." This includes all manner of dried ingredients in bulk, a halal meat counter, and "ready-to-eat desi dinners for busy evenings."

As an added bonus the discount grocer also has an in-store restaurant serving "South Asian meals, sweets and snacks," according to their website.

"Sobeys opened its first Chalo in 2015 after research showed many South Asian consumers felt they had to visit several stores a week to do their full shop. Chalo was created to give those shoppers everything they need in one stop, and under one roof," explains Canadian Grocer.

In fact, the chain itself - now six stores strong - bills themselves as "Canada’s ultimate desi grocery store." The first four stores of the brand are in Ontario.