A legendary late night spot for drunk dining is evolving into something new!
Jan 30, 2020 11:54 AM By: Lindsay William-Ross 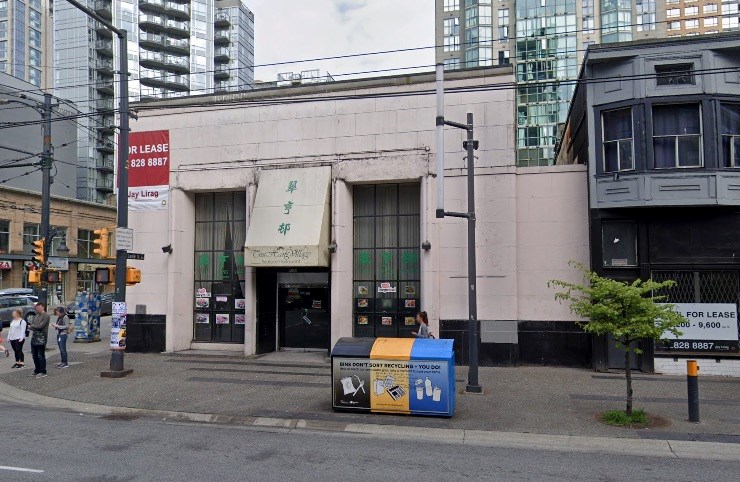 When the partying went into the wee hours, Vancouver's revellers on the Granville strip would head to Tsui Hang Village for late night eats and drinks. Known for their takeout window, western-style Chinese food, and teapots full of beer (wink wink), the restaurant shut down last November after over 30 years in business.

Perhaps Tsui Hang Village survived out of necessity thanks to easy access for club-goers and a sense of nostalgia; the Yelp reviews are a mix of praise from people admitting they go when they're drunk and out-of-towners and people saying it was the nastiest, worst, grossest place ever.

Now, however, it seems the space at 1193 Granville Street is aiming to become part of what they're calling "the new wave of Vancouver nightlife."

Called Cold Tea Restaurant, the venture seems to be taking its name from those teapots full of beer, which you could order as "cold tea" after legal serving hours.

A "food primary" liquor licence has been issued to the 160-seat establishment as well.

The restaurant is in the hiring stages, seeking "passionate individuals, with a sense of style and personality" for their team. While they do have social media accounts set up, there has been only a logo shared so far.

One key player behind the project is Vancouver's Ron Cheng, who has been in managerial and bartending roles in popular Vancouver spots such as Bridges, The Parlour, and Hapa Izakaya.

Wow, looks like I haven't posted in a while. Don't worry guys, still alive and well! It's been a crazy few years and an even crazier last few months. I am happy to announce that me and my business partners will be bringing something new and exciting to Granville Street in the near future! I can't express enough gratitude to the team I have surrounding me. 2020 will be a crazy year!

We've reached out to Cold Tea to get more info on what looks like an exciting newcomer in a storied location. Stay tuned!