The most Vancouver menu ever is at the most unexpected place: city-run concession stands

At the City of Vancouver's 13 seasonal concession stands, what's on offer is actually an incredible thoughtful and so-very-Vancouver array of high-quality options, taking the usually beach day fare to some seriously new heights.
Jul 9, 2019 12:04 PM By: Lindsay William-Ross

A day at the beach is practically synonymous with lemonade, hot dogs, and french fries. But at the City of Vancouver's 13 seasonal concession stands, what's on offer is actually an incredible thoughtful and so-very-Vancouver array of high-quality options, taking the usually beach day fare to some seriously new heights. 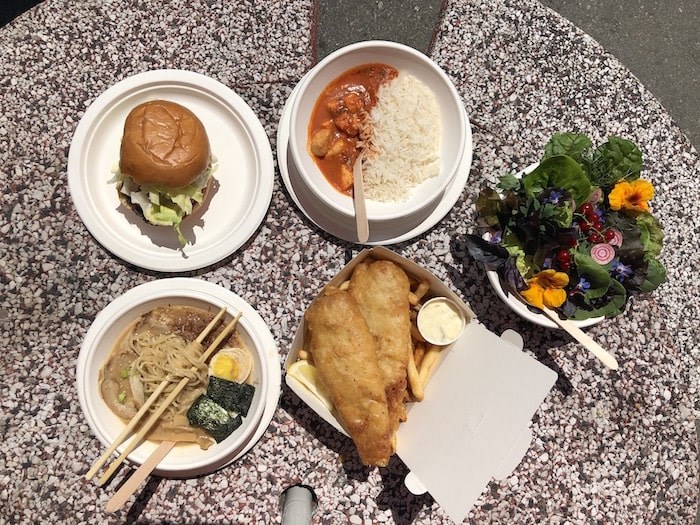 Ramen, burgers, Vij’s curry, a salad of greens grown on local golf courses, and Ocean Wise cod fish and chips are all on the menu this summer at some of Vancouver’s city-run concessions stands. Photo by Lindsay William-Ross/Vancouver Is Awesome

From plant-based food trendsetters, like the Beyond Burger, to foods made by local small business, and a few other smart innovations in between, the City of Vancouver has been steadily stepping things up behind the counter at their stands.

The stands are situated at popular spots in the city's recreation spots, like Spanish Banks and Locarno Beach, Second and Third Beach in Stanley Park, and more (there's an interactive map online). 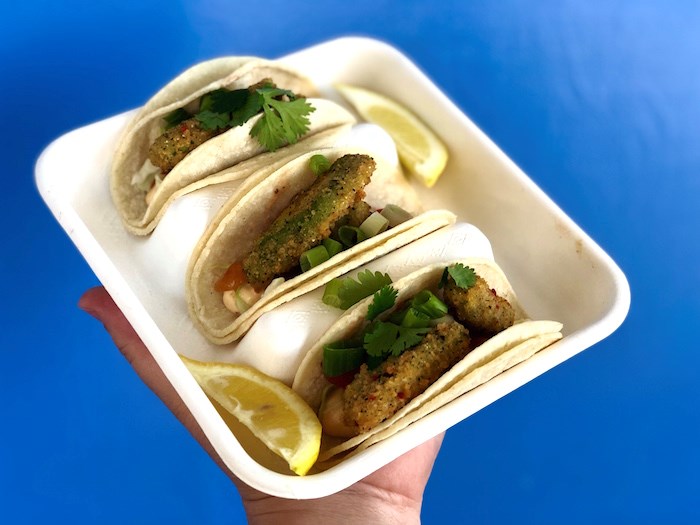 Avocado tacos are a vegetarian option easily made vegan. It’s part of the plan to expand the plant-based offerings at concession stands. Photo by Lindsay William-Ross/Vancouver Is Awesome

This summer a few new foods have made their debut for pilot programs at select locations, one of which is Second Beach, which has the busiest concession stand run by the city. Here you'll be seeing the expected hot dogs and fries, but you'll also be able to get your hands on the plant-based Beyond Meat Burger, snacks from Erin Ireland's To Die For Fine Foods, two kinds of ramen, Vij's curries, local corn on the cob, cauliflower tacos, Ginger Beef Lettuce Wraps, and lavender lemonade. 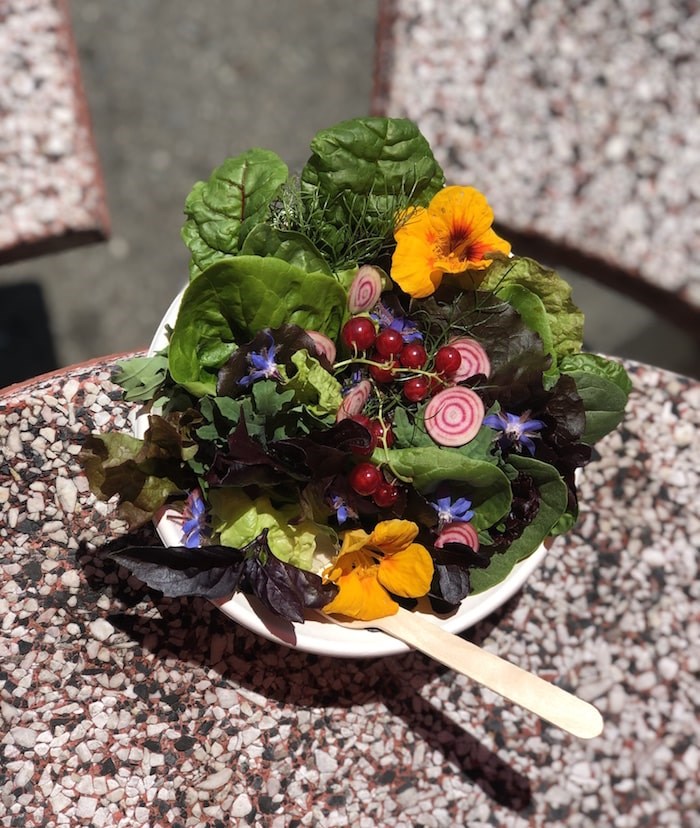 Everything in this salad was grown on City of Vancouver-run golf courses. Photo by Lindsay William-Ross/Vancouver Is Awesome

Over at Jericho Beach and Kits Pool you can get a scoop of plant-based Umaluma gelato, supplied by the Vancouver company. And soon you'll be able to order up a salad made of greens grown on Vancouver's golf courses. Yes, our greens produce greens, as in 250 pounds of lettuce, and other "crops," like currants and edible flowers, making for not only a healthy meal, but a darn pretty one, as well.

So how did things like ramen - ramen! at the beach! - and curries become concession stand fare?

City of Vancouver concessions Executive Chef Mark Halyk explains that they've had a number of mandates guiding their choices and pilot programs in recent years, including the need to focus on affordable food, diverse offerings, and healthy foods. 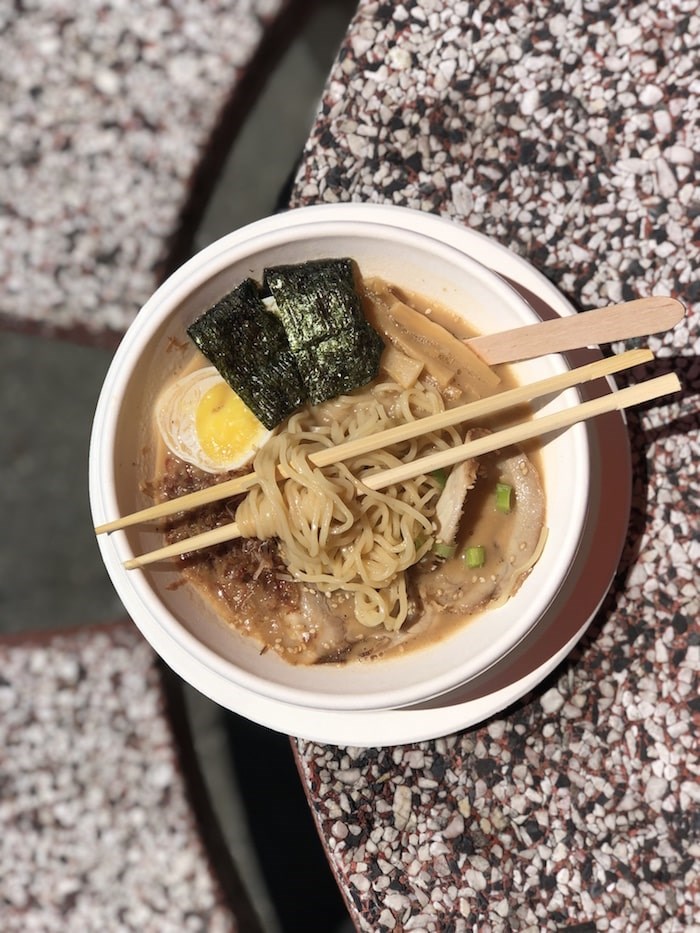 Additionally, the concessions program is focused on sustainability, which means offering Ocean Wise-certified Blue Cod for their fish and chips and West Coast Sockeye Salmon burgers, as well as making paper straws available by request only (i.e. for kids, seniors, or anyone with a disability), and by having eco-friendly food holders. This means you'll be slurping up your tonkotsu or miso ramen from a compostable bowl, and sipping your hand-pressed lemonade infused with a house-made lavender syrup from a cup made of recycled materials.

When it comes to affordability, the menu essentially speaks for itself, thanks to their competitive pricing. Halyk, however, point with enthusiasm to the $14 price tag on their two-piece fish and chips as a prime example.

"We've got the best hand-battered fish and chips at the best price in the city," he says. 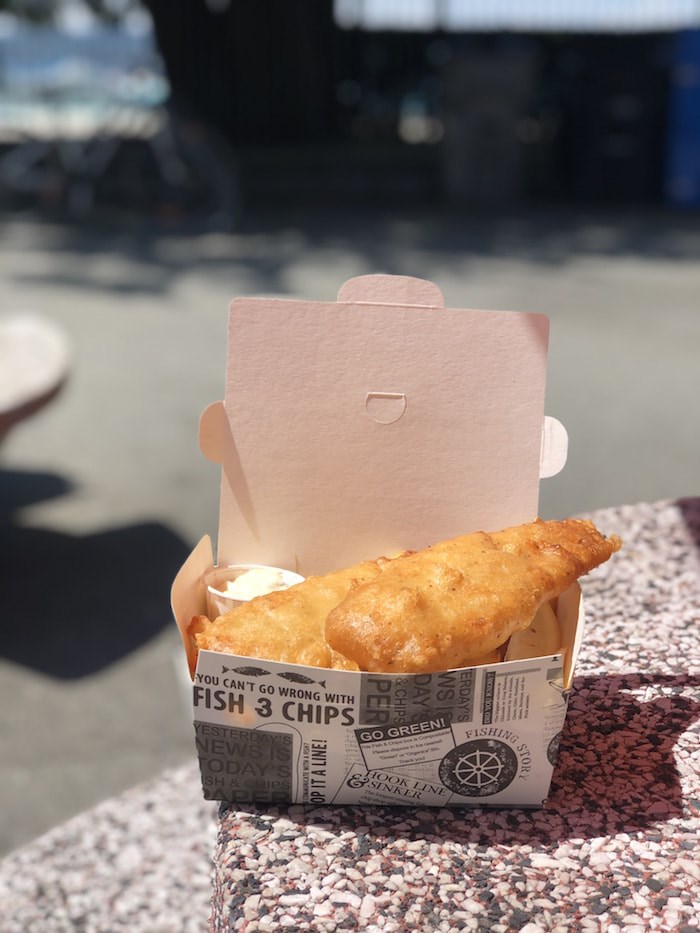 Fish and Chips by the Second Beach Pool. Photo by Lindsay William-Ross/Vancouver Is Awesome

And he may be right - Halyk and the staff at the Second Beach stand put out quite a spread for our meet up, and it was quite impressive, including the fish and chips, which hit all the right notes for a sunny day by the pool or beach.

Ditto for the gyoza, which are also being piloted there, as will be things like the avocado taco and sauces to go with the fresh B.C. corn they'll be buying from the farm stand vendor that comes seasonally to the park. A vegan brioche bun? Yep, that's on its way too.

Plant-based food is something Halyk says he's noted as priority request from concessions and his own "market awareness," matching the vegan food options that are becoming more prevalent around the city. And so the concessions operations seeks to mirror that local trend, with several veg-focused dishes, and the To Die For treats. Halyk says they reached out to Ireland and her company to see if they could become a vendor, and it was a go.

The concessions partnerships read like a lower mainland roadmap, with vendors based in Vancouver and surrounding communities. Richmond's Simply Bread are the ones coming up with the vegan brioche, while Hardbite chips are made in Delta, and Mario's gelato is from Vancouver. 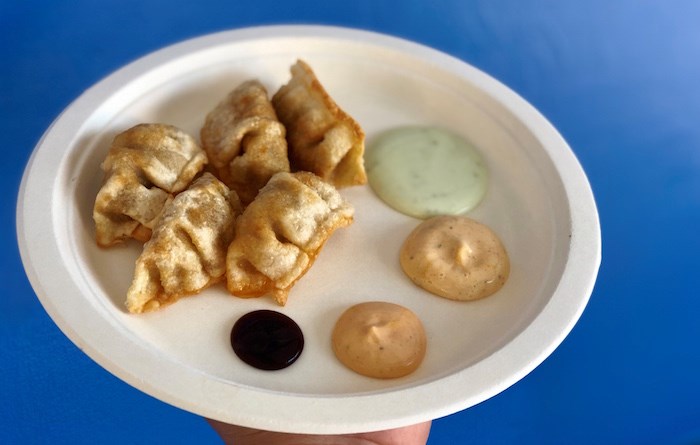 Gyoza are being tried on the menu, as Executive Chef Mark Halyk seek to expand their Japanese food offerings. Photo by Lindsay William-Ross/Vancouver Is Awesome

With all the emphasis on local, it's essential to consider just what an opportunity a concession stand at the city's iconic Stanley Park or Kits Pool represents to visitors to Vancouver. So many tourists visit the stands each year, notes Halyk, and the menu is in part a response to them, giving the City the chance to show off the best of what's local, to include cuisines that spark familiarity for visitors, and to have a menu that really reflects what Vancouver is all about.

It's a little more nuanced than the hot dogs, fries, and ice cream of yesterday, that's for sure. And while those things are there in full force (in the "Nostalgic Memories" section of the menu, no less) there's also a lot of forward-thinking on the menu at our city-run concession stands, making them the most unlikely place where you're sure to find the most Vancouver menu ever this summer. 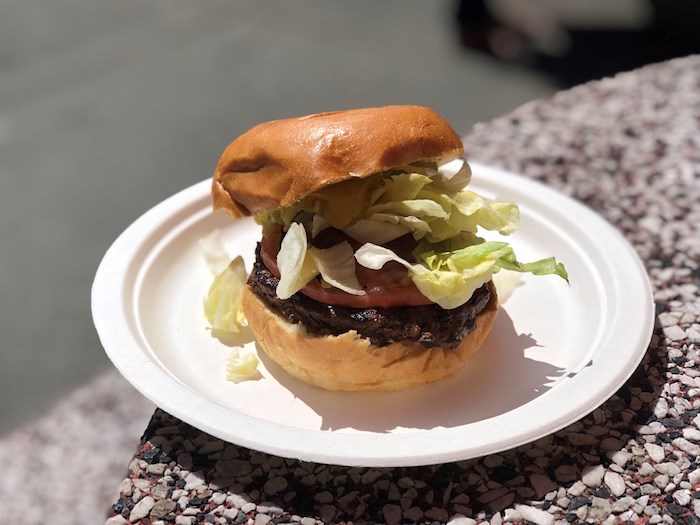 A classic burger is made with a fresh patty of Alberta beef, replacing previous frozen iterations. Photo by Lindsay William-Ross/Vancouver Is Awesome

The City of Vancouver has 13 concession stands, as well as limited operations at city golf courses and Maple Grove Pool. You'll find the menu, a full list of partners, and location information online.