I know I’m a little late with this, but some things are worth waiting for (unfortunately, this isn’t one of them). 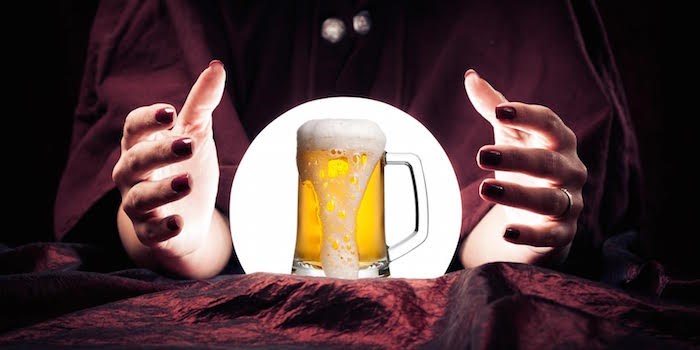 B.C. will top 200 craft breweries by the end of the year…

There’s currently 170 operating craft breweries in B.C. right now, but that number might change by time you finish reading this article. By my count, there are currently 35 more breweries in the works across the province—that is, breweries that have secured a location, are paying a lease or a mortgage and have a reasonable shot of opening some day. There’s likely dozens more that are in the initial planning stages that no one has heard of yet. So 200 breweries by 2020 seems likely. The growth will continue to be in small towns and underserviced suburbs. Burnaby is one of the largest municipalities in the province, but it only has two craft breweries. Surrey is technically the second largest city in B.C. with a population approaching Vancouver’s, yet it only has five craft breweries compared to Vancouver’s 31. Meanwhile, Portland has close to 60.

…but some won’t make it.

Not every business is successful. Every industry has its fair share of failures and craft beer is no different. Breweries will close, and as the craft beer market gets tighter and shelf space gets more competitive, the weak will be winnowed. Nelson’s tiny Savoy Brewery, which closed earlier this week, may be a sign of things to come. The math doesn’t look great for a nanobrewery in a town of 10,000 people with three other craft breweries. However, breweries that are making good beer, have their marketing on point and aren’t over extended with massive amounts of debt will have a good chance for success. Breweries that think they are entitled to customers just by virtue of the fact that they exist will soon find out the craft beer business is a lot tougher and a lot more work than they expected.

Technology will play a bigger role

There are some really cool things happening in brewing, technologically speaking, and they’ll be making their way to your pint glass in a big way this year. Since every obscure beer style has already been resurrected at this point, look for brewers to experiment with some new toys and ingredients. We’ve already seen the increasing popularity of extra dry brut IPAs, which rely on the use of a now widely available enzyme called amyloglucosidase to convert previously unfermentable sugars into yummy yeast food. But there’s no reason it can’t used on other beer styles, too. Experimental hop varieties are hitting the market with greater frequency, and instead of being designed to satisfy the needs of macro lagers, we’re seeing flavour profiles created with craft beer in mind. Hop extracts that were previously only available to macrobreweries are becoming more widely available. Cryogenics is thing, too, with brewers using it to freeze and shatter whole cone hops.

In the eternal battle of glass versus cans, cans will get the upper hand in 2019. Cans are cheaper, they preserve the beer better, they’re easier to drink on the sly in public, and they just look cooler (which is obviously the most important thing). As a result, more liquor stores will replace their bomber shelves with rows of single tall cans, allowing us consumers to have greater variety, instead of having to commit to a four- or six-pack.

Given the popularity of gose, look for brewers to increasingly explore and embrace the savoury possibilities of craft beer. In addition to salt, don’t be surprised if ingredients like seaweed or even mushrooms make their way into your glass. It’s gonna get weird, but it could be wonderful, too. I hope.

Everyone loves Kveik, myself included! This Norwegian farmhouse yeast imparts big fruit flavours and brewers are fascinated by its tendency to ferment very quickly at oddly high temperatures. What’s not to love? Now that it’s becoming commercially available, everyone who isn’t already using it soon will be. It’s only a matter of time before Norwegian IPAs are a thing (if they’re not already).

As brewers continue to experiment, the lines between long-established beer styles will continue to blur, to the point of irrelevancy. What even is a pale ale, anyways? I honestly have no idea any more, and it’s my job to know this stuff. But guess what? It doesn’t friggin’ matter! What does matter, is if the beer is good (obviously). Unbound by constraints of tradition, we’ll see more creativity and less adherence to classical beer styles. Reinheitsgebot be damned! Conversely, there will also likely be a contrarian trend of super traditional beers uncompromisingly brewed according to time-honoured, historic guidelines. Because of course there will.

Hazy beers and massive, juicy tropical flavours will continue to be popular, because they’re delicious, of course. This is one craft beer trend that’s not going away any time soon. I couldn’t be happier.

• The Winter 2018/19 issue of The Growler is out now! You can find B.C.’s favourite craft beer guide at your local brewery, select private liquor stores, and on newsstands across the province.