A Richmond hot pot restaurant is the first in Canada to partner with Ocean Wise, an organization committed to promoting sustainable seafood.
Megan Devlin
Oct 30, 2018 7:41 AM 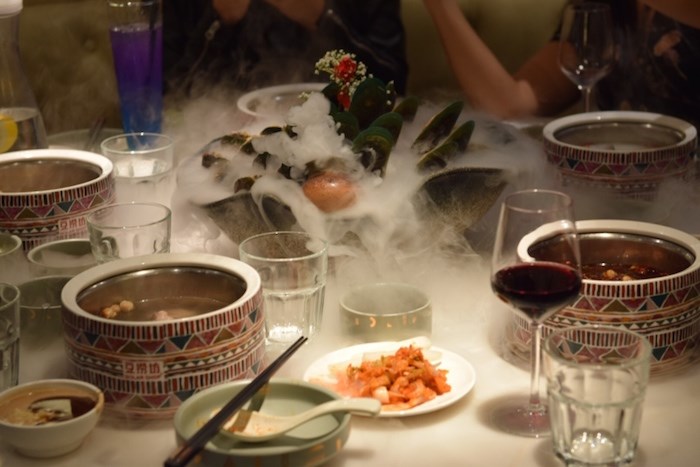 A Richmond hot pot restaurant is the first in Canada to partner with Ocean Wise, an organization committed to promoting sustainable seafood.

The Dolar Shop is a sleek spot that opened last year in Lansdowne Centre. Its parent chain has locations all over Asia, in London and in the U.S., but this is the first restaurant in Canada. 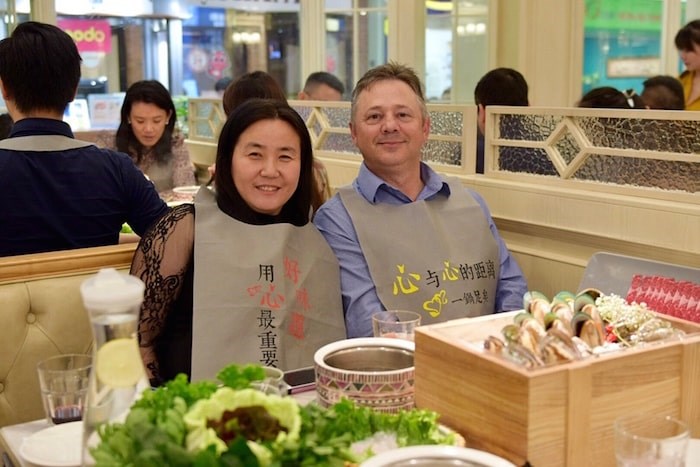 “I think, with a restaurant, you can’t only think about profit. You have to have the heart to contribute to the world...we have to think about the future,” Liu said. 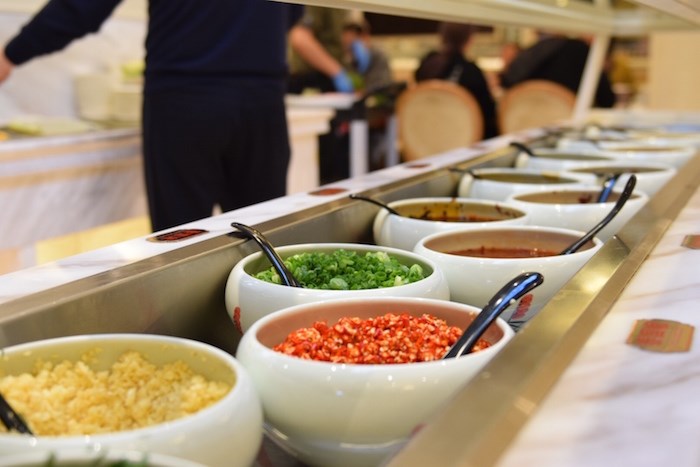 Customers choose their own sauces for their meals at a topping bar. Photo: Megan Devlin

Every morsel dropped into boiling-hot broth that night could be traced to an ethical source. For example, the shrimp in the restaurant’s signature shrimp paste comes from mangroves in Vietnam that the supplier personally toured to vet for sustainable practices.

Ocean Wise, a national program, started out of the Vancouver Aquarium in 2005. It identifies seafood sources that are caught or farmed in a way that keeps the species and the larger marine ecosystem healthy. 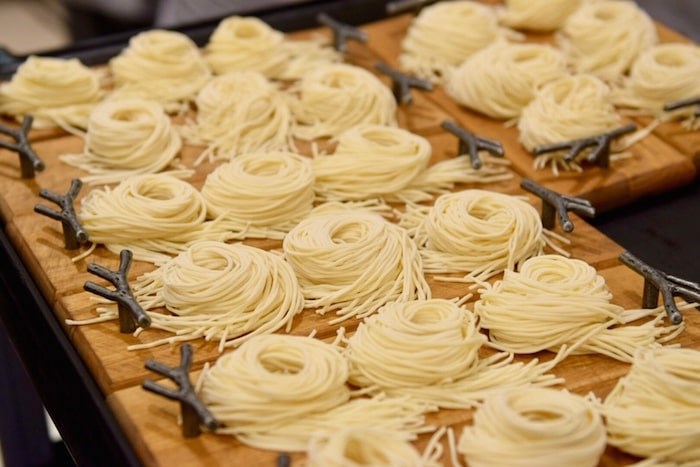 Ocean Wise will only recommend seafood species that are resilient to fishing pressures and harvested by organizations that take steps to minimize the number of non-target species that end up in their nets.

“Overfishing and climate change are the two biggest threats that face our world's oceans,” said Ned Bell, executive chef for Ocean Wise. “I want to make sure there's fish in the ocean 100, 200, 300 years from now.”

Restaurants signal their use of Ocean Wise-recommended products by placing the Ocean Wise symbol next to the item on the menu. 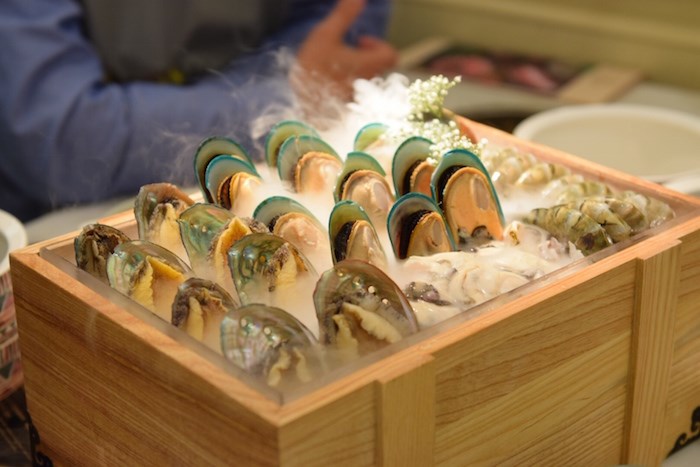 Clams, mussels, oysters and shrimp sit on a bed of crushed ice before customers cook them in boiling-hot broth. Photo: Megan Devlin

Tania Leon, an ocean-wise coordinator with a focus on engaging Vancouver’s Asian food scene, said getting their first hot pot restaurant on board is “a really big first.”

“A lot of people don't really connect sustainable seafood with Chinese cuisine,” she said. “The entire restaurant is super excited, because they're being leaders and showing, yeah, we can do hot pot that's Ocean Wise.”

“I hope that other Chinese cuisine can follow us, and join Ocean Wise too,” Liu said.

In North America, shrimp is by far the most consumed seafood. Salmon follows close behind, with tuna and whitefish rounding out the market. Bell said he admires Chinese cuisine because it uses a much wider spectrum of seafood.

At the Dolar Shop, boxes of crushed ice topped with mussels, clams, oyster meat and black tiger shrimp illustrate that variety. Bell said we can facilitate ocean health by taking pressure off a few popular species.

“We need to educate people on the diversity in the ocean, and also the impact that their choices in the grocery store have on future generations,” Bell said.

Neighbourhood restaurant in Kitsilano closes down without notice
Jan 28, 2022 10:58 AM