I was recently invited by my friend Mark Brand to join him on an adventure out to Gibsons, a quick ferry ride from Horseshoe Bay, to check out something new he's got brewing out there.

I was recently invited by my friend Mark Brand to join him on an adventure out to Gibsons, a quick ferry ride from Horseshoe Bay, to check out something new he's got brewing out there. Well, almost brewing; he recently went into a partnership with some folks to open what will soon become Beachcomber Brewing! It was inspired by the heritage of this catalyst for Hollywood North and an idea to perhaps bring a bit of food security to the area. And of course brew some decadent local beer, to be served to the Relic's and the Nick Adonidas' in Gibsons and of course in Vancouver and beyond. 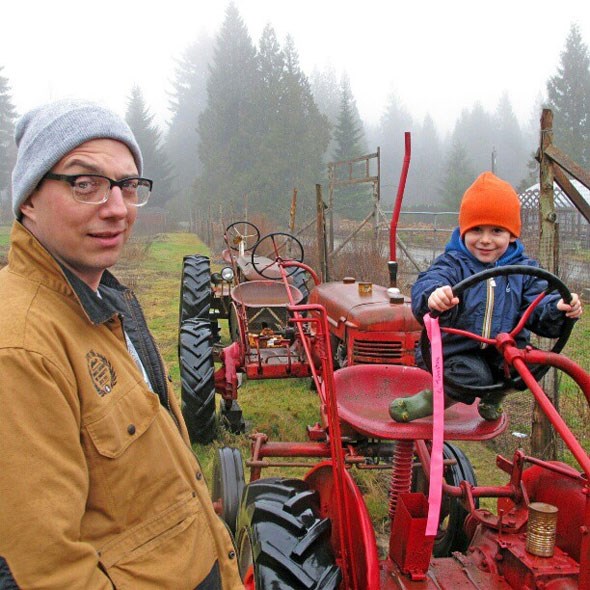 Mark and my son Arlo, moments after Arlo told him he wasn't accepting a deal to work two hours on the tractor in exchange for one hour of time playing in the nearby treehouse

In case you haven't been there, technically the Sunshine Coast is on the mainland but is generally only accessible by ferry. Though it feels like a region that's fairly self-sufficient, only 2% of the food that is consumed there is grown there. Two percent. The rest is brought in on trucks on the ferry. Seems weird, right? Well, Mark's idea is to turn this piece of land (which was once a flower farm and has a few existing structures on it) into a full fledged food farm, producing not only vegetables, chickens and eggs to be sold up and down the sunshine coast but also hops that will go into the Beachcomber Brewing products that'll be brewed on site. 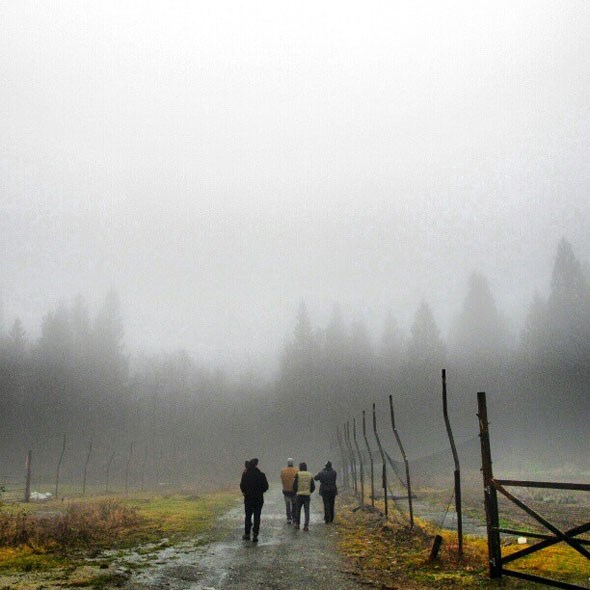 You know Mark for his work in Vancouver where he operates Save On Meats and a number of other businesses, employing folks with barriers and always including social benefits in the businesses he runs. There are a few stories to be told with Beachcomber and as they get going in the coming months I'll be making a few more trips out there in order to share them with you. 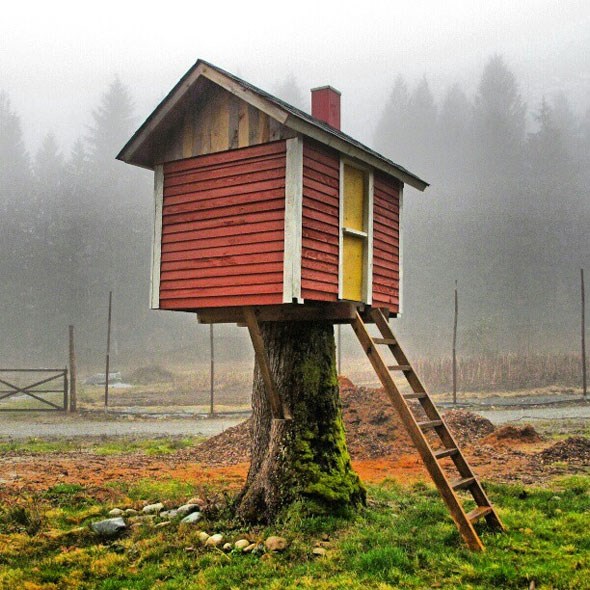 I'll be visiting in order to gather more of the story but also because I had (and have) an ulterior motive, and that is to include myself - and fish - into that story. When Mark first told me he was doing this project I immediately asked if there was any water nearby, and when I realized that there was actually a decent sized pond right next to one of the barns I knew that I had a job to do. I knew my role here was going to be to convince him that it would be in his best interest to do the same thing that our friends at Bodega Ridge on Galiano Island did, and that is STOCK THE POND WITH TROUT! 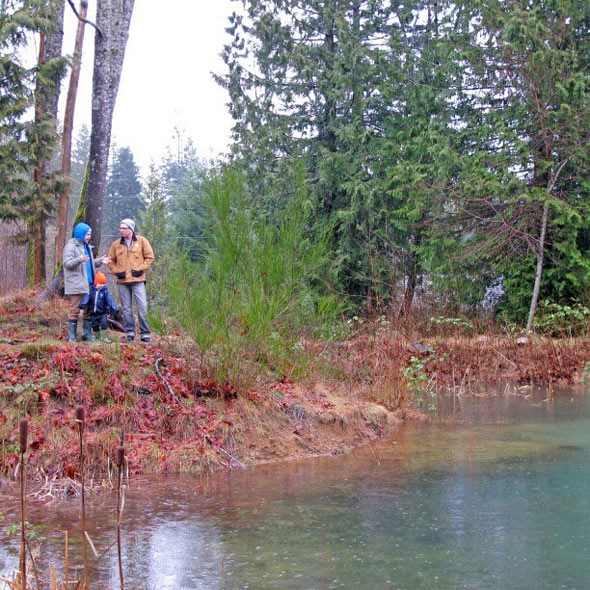 We took a tour around the pond and had some good conversations on this trip. I'd say I've got him about 65% convinced that he should let me help put some rainbow trout in this thing so that when people go there (COUGH - when I go there) they can throw a line in and catch a fish and perhaps even take it home and eat it as a part of their experience.

Fingers crossed. Rest assured I will keep you up to speed as things develop.