This breathtaking restaurant in the Pan Pacific Vancouver is set to close Dec. 31 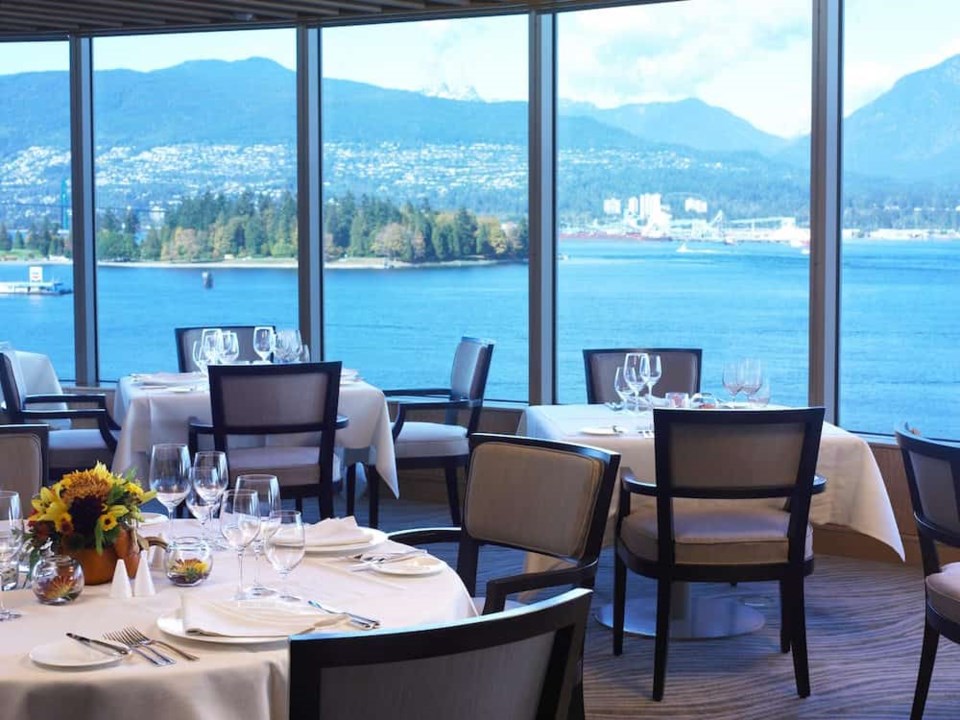 Five Sails Restaurant, located in the Pan Pacific Hotel in Vancouver, will be closing at the end of the year.

Husband and wife proprietors Chef Ernst Dorfler and Gerry Sayers shared a heartfelt message on the restaurant's Facebook page back in July, noting that it would be "business as ususal" until the end of December. The couple ran the restaurant together for 13 years and remarked that they have been able to fulfill their dream.

"Night after night, for nearly 13 years as the owners of the Five Sails, creating that special combination of palpable emotions has been our singular focus: make our guests feel like they're somewhere special, while making them feel completely at home," reads the couple's post.

"By any measure it has been a privilege, honour and delight, and we are truly grateful."

The couple also include a hearfelt thank you to their team, customers, landlord, friends and former colleagues of the Pan Pacific Hotel.

Now, the pair state that they plan to travel, ski, and climb other mountains, which would have been impossible to do while owning their restaurant.

Last year, Where, a free pamphlet that hotel guests receive in their room that serves as a passport to the city's culinary scene, included the restaurant in its Where to Dine awards. Five Sails Restaurant was awarded the Les Clefs D'or Canada Silver Service in the 22nd edition.

Known for sweeping views of Vancouver’s inner harbour, Stanley Park and Coastal mountains, the fine dining restaurant offers a chic lounge area as well as a private dining area for up to 20 guests.

It's back just before Christmas! Get paid to stay with us when you book through @stayvancouverhotels. You'll receive a $125 Visa Gift card for your first night and a $50 Visa Gift card for each additional night. Need more convincing? This is a limited time offer and may end this week. Visit our website for more information: http://ow.ly/5YBp50xs79J

A post shared by Pan Pacific Vancouver (@panpacificvancouver) on Dec 4, 2019 at 3:00pm PST

Five Sails is located above the Vancouver Convention & Exhibition Centre at 999 Canada Place and is open seven days a week.