Canada's music luminaries will be converging upon Vancouver later this month for the 47th Annual JUNO Awards, and while there's been a lot of focus on who will take the stage, there's still the issue of what everyone is going to eat.
Mar 12, 2018 1:59 PM By: Lindsay William-Ross

Canada's music luminaries will be converging upon Vancouver later this month for the 47th Annual JUNO Awards, and while there's been a lot of focus on who will take the stage, there's still the issue of what everyone is going to eat.

As part of the JUNO weekend festivities, on Friday, March 23, the JUNO Welcome Reception will be where the stars mingle and celebrate the start of a couple of high-octane days of music and fun. 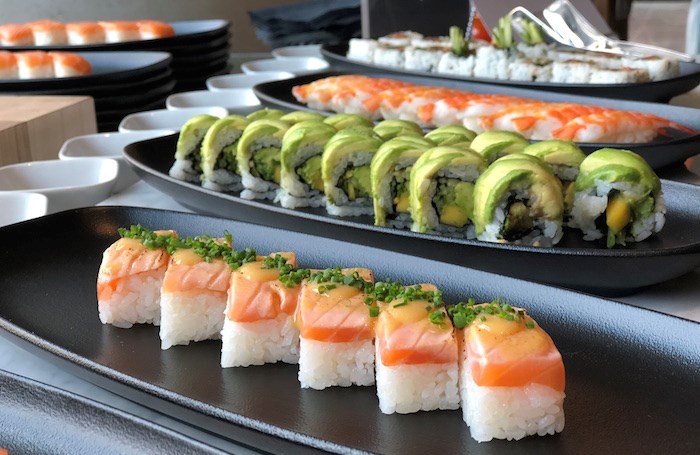 Sushi from The Victor (Lindsay William-Ross/Vancouver Is Awesome)

The Parq Vancouver is serving as the JUNO Awards host hotel, and the Welcome Reception will be in their Grand Ballroom. With an impressive portfolio of eight distinct food and drink options at Parq all created and operated by BLAU + Associates, this kick off party is a great opportunity for the culinary talent at the venue to really shine, and represent Vancouver.

With a talent pool like Arcade Fire, Arkells, Daniel Caesar, Jessie Reyez, Lights, Diana Krall, DJ Felix Cartel, the Barenaked Ladies (who will hit the stage for a just-announced special performance), and host Michael Bublé, the invite-only Welcome Reception will definitely be the place to be for Canada's music biz. 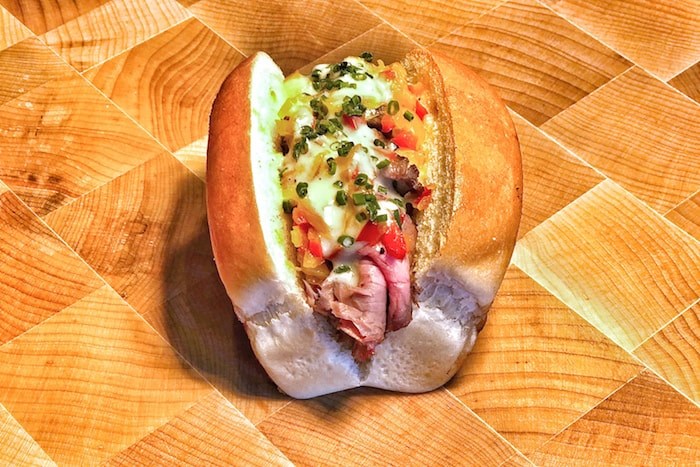 Guests will be eating some very representative Vancouver fare, including an array of sushi--including aburi-style selections--from The Victor, who will also be serving up Truffle Cheese Steak Sliders. (Hopefully some of the JUNO crowd will make their way to The Victor to check out their creative offerings, including Mac & Cheese waffles, and some insane desserts.)

Honey Salt will turn their signature Market fresh veggie appetizer tower into a full feast, starring produce from Klippers Organics, in a variety of preparations. Think mounds of tender roasted beets, crispy root veggie chips, pickled beans, sliced radishes, crispy kalettes (kale meets Brussels Sprout), and more, along with fresh sauces and dips. It's a showstopper in the restaurant, and sure to be a hit with the veg-loving talent in this amped up JUNO version. 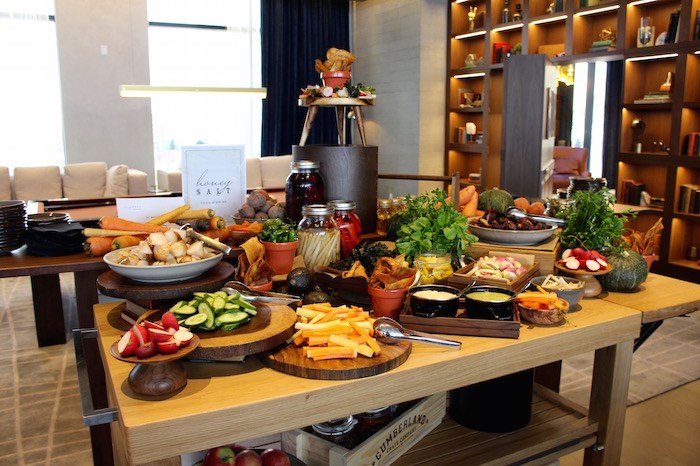 JW Marriott Parq Vancouer's own food services have several fun and fresh bites on deck, too, like smoked salmon on a rice cracker (of course we have to show off our salmon in B.C.), Duck Crackling served in mini cones, and, speaking of cones, the JW Ice Cream Cart, scooping up fresh ice cream and sorbet cones.

Since the JUNO Awards are in beautiful B.C., it's a natural fit that the wines being poured at the party are from the Okanagan; Jackson-Triggs has a special red and a special white for the occasion. The beer will be provided by Steam Whistle.

Looks like Canada's music stars will be starting off the JUNO festivities fuelled up with fresh, fun foods with a very Vancouver vibe. 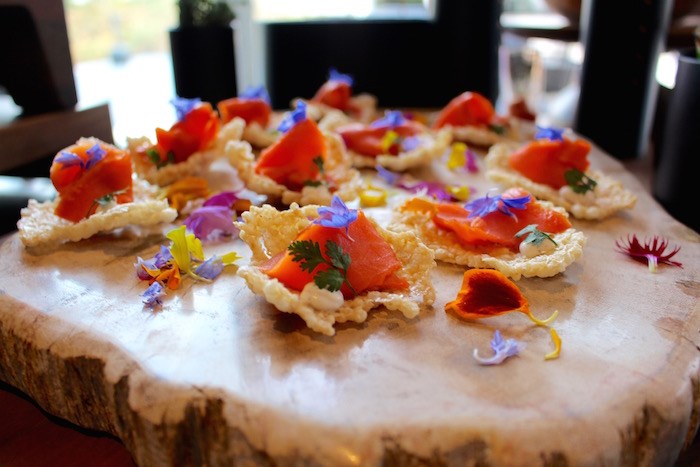 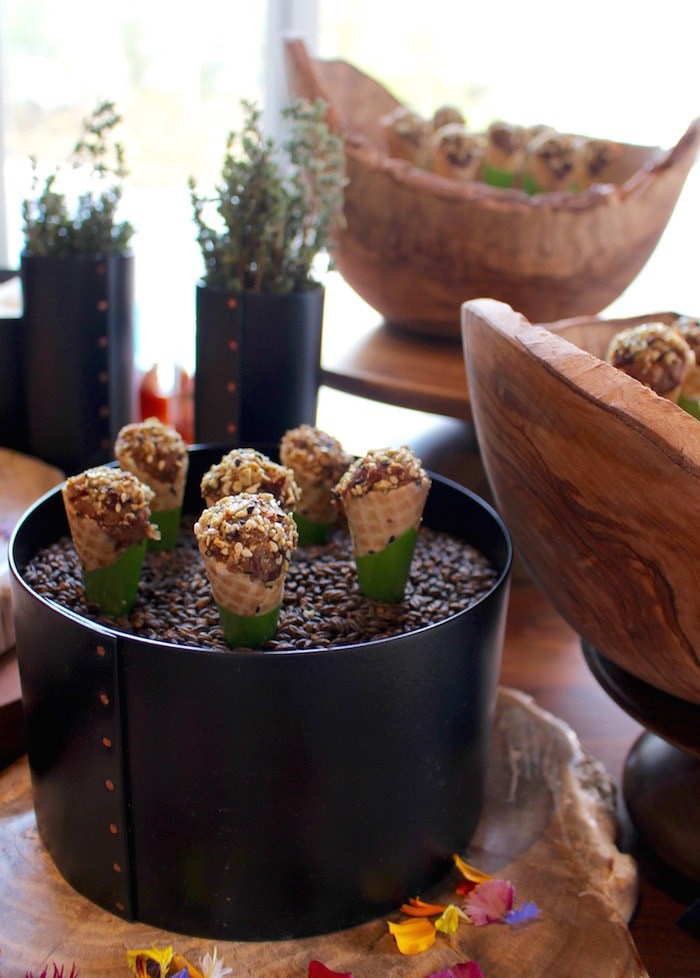 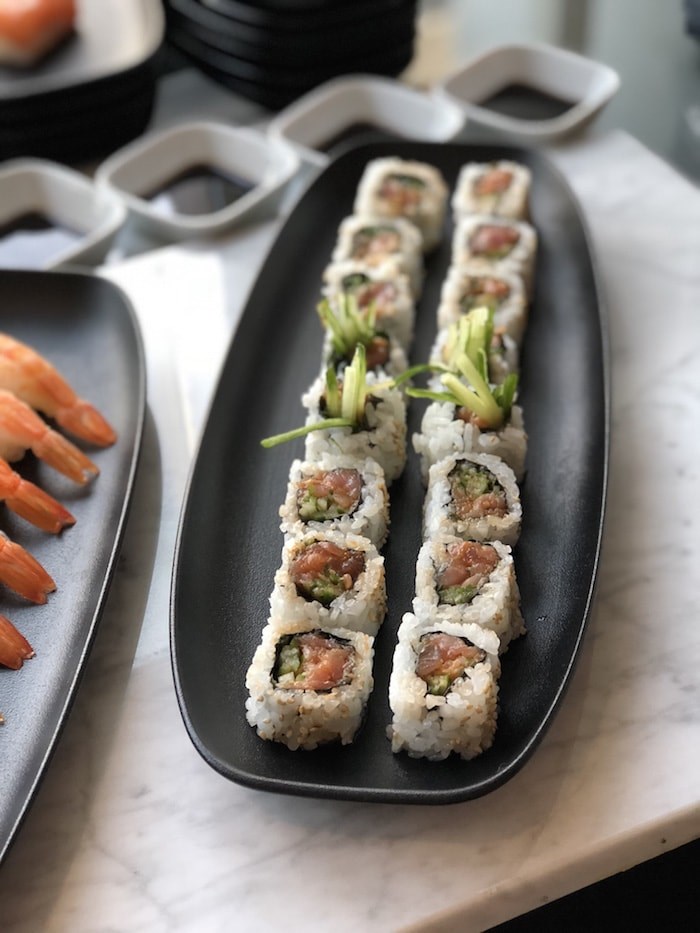 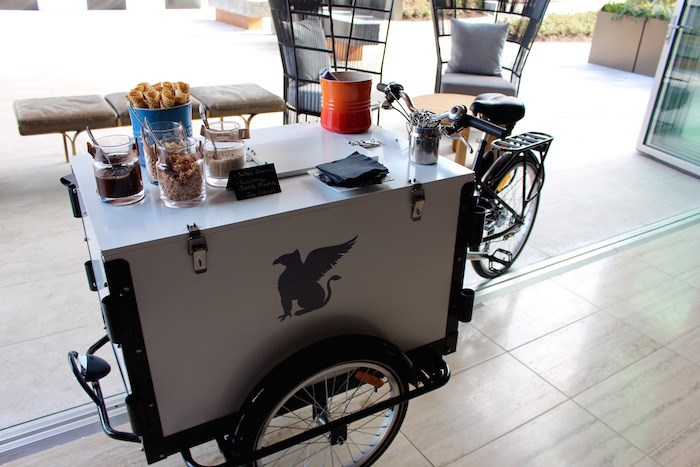