Known for dishing up one of the city's best fried chicken sandwiches, Vancouver food truck veteran The Frying Pan has put the four-wheeled kitchen in park for the time being and is opening the doors to a new restaurant in Gastown.

The Frying Pan is getting up and running at 60 West Cordova Street, having taken over the space vacated by Tuc Craft Kitchen earlier this year.

Husband and wife duo Chef Jacob and Sunny Jung got our engines running for their Korean-inspired menu of fried chicken dishes when The Frying Pan truck got rolling back in 2017. The truck's show-stopper has always been its epic fried chicken sandwiches, including the hot version, which is a massive bite of Nashville by way of Korea, thanks to an inventive fusion of ingredients.

Do you dare take on the "Double Decker"?

For The Frying Pan's restaurant, expect an expanded menu of familiar fare, and some very exciting new creations.

If you thought their original fried chicken sandos were huge, The Frying Pan's brand new offering at the restaurant is pretty mind-blowing. It's a Double Decker, featuring two juicy, tender chicken thighs expertly breaded, with one coated in a sweet soy sauce and the other in a hot yang nyeon sauce, teamed up with lettuce, marble cheese and house mayo on pillowy buns. The meld of sweet and spicy is absolutely perfect, cut by the creaminess of the cheese and mayo, the coolness of the lettuce, and the tang of pickles. It's a four-napkin (and likely two-meal or two-person) job, but oh-so-worth it.

For those not looking to take on a two-thigh beast, The Frying Pan is sizzling up their usual teriyaki rice bowls, loaded fries, and chicken sandwiches, as well as more new offerings, like addicting fried chicken bites available in an array of seasonings like honey garlic or salt-and-pepper, chicken tacos, and Bacon Cheese Fries. 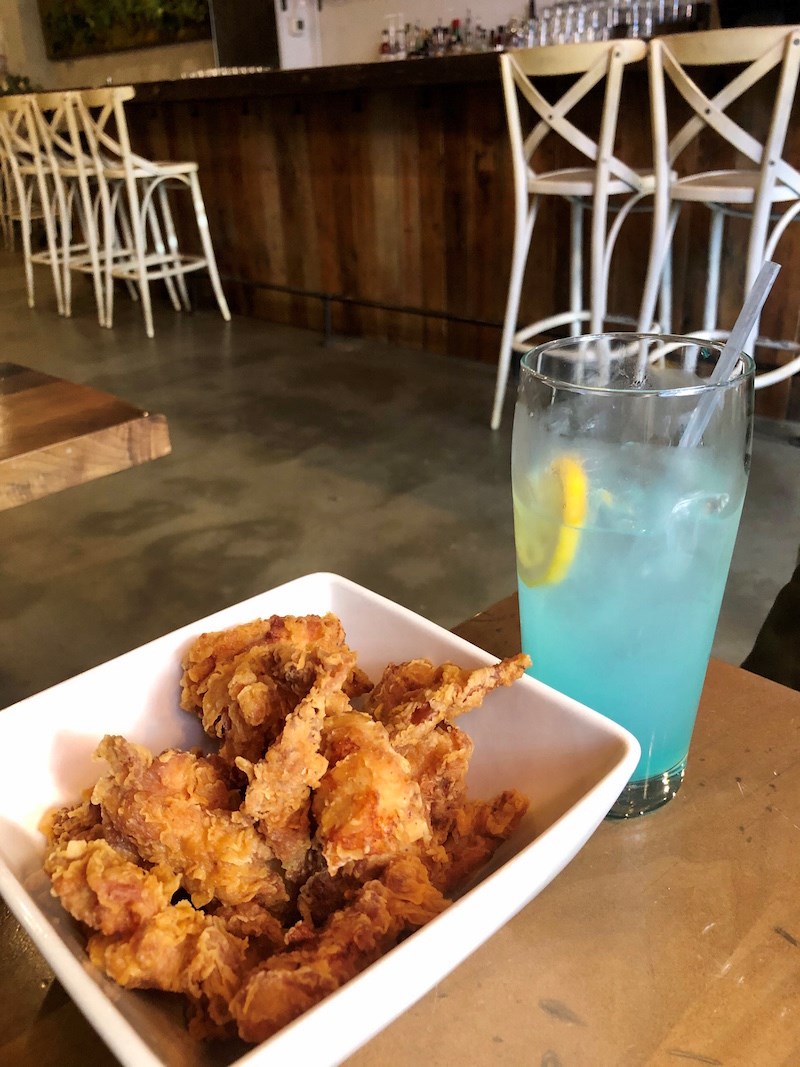 As a nod to their predecessor at the address, you'll see a Chicken and Waffles dish on the new Frying Pan restaurant menu, too.

Other perks of the location include a forthcoming liquor licence, which means cocktails like their newly-created Fried Chicken Caesar. On tap and in cans will be local craft beers.

In terms of renovations, it's been a speedy turnover in the ex-Tuc space, so more changes are to come for the decor. It's an 80-seater, but with COVID-19 restrictions, capacity will be 38 for the time being.

Frying Pan Gastown will be open Tuesday to Sunday from 11 a.m. to 10 p.m. for dine-in and takeout service starting Wednesday, December 2.  Expect to see the Frying Pan's OG truck back at its usual weekday lunch spot at 505 Burrard in the new year, as well as at the Riley Park Farmers' Market.

Vancouver's favourite holiday season sandwich is coming back (and you can get it for almost an entire month)
Nov 23, 2020 2:17 PM
Comments