10 of the oldest restaurants in Vancouver you can still visit

If you're looking to raise a glass and your fork to a bygone era in the city, here are 10 of the oldest restaurants in Vancouver.

Often we get obsessed with what's new and now when it comes to dining and drinking out, but there's a lot to be said for endurance in the restaurant industry. Particularly since so many restaurants start up only to fail fairly quickly--it can be a fast and fickle business.

Vancouver happens to be home to some significant legacy restaurants, cafes, and pubs that, despite the appetite for new and the changing landscape of the city, manage to hold on. Some have changed hands, often more than once, while others are part of expanded chains. Sadly, we find ourselves saying so long to so many year after year, like the recently-closed Nick's Spaghetti House.

If you're looking to raise a glass and your fork to a bygone era in the city (and we do mean within the city, so hold your "how could you forget this one?" from Burnaby or North Vancouver, etc outrage), here are 10 of the oldest operating restaurants you can still check out in Vancouver. Go while you still can! 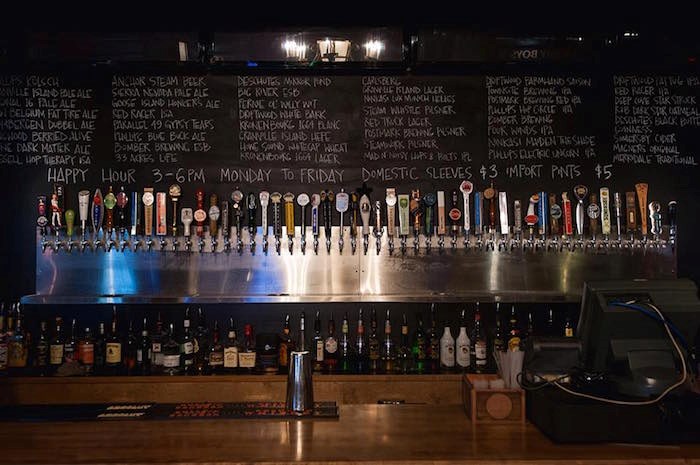 In 1925, a handful of Vancouver establishments were granted licenses to serve alcohol, including The Lamplighter in Gastown. The property has stood since 1899, and there's been a pub or restaurant onsite from around its earliest days, but The Lamplighter's name and legacy have endured. In 2007, as most Vancouverites know, the pub was taken over by the Donnelly Group. Take that for what you will, but The Lamplighter still happens to be the oldest pub in Vancouver, and you can still belly up to its bar. 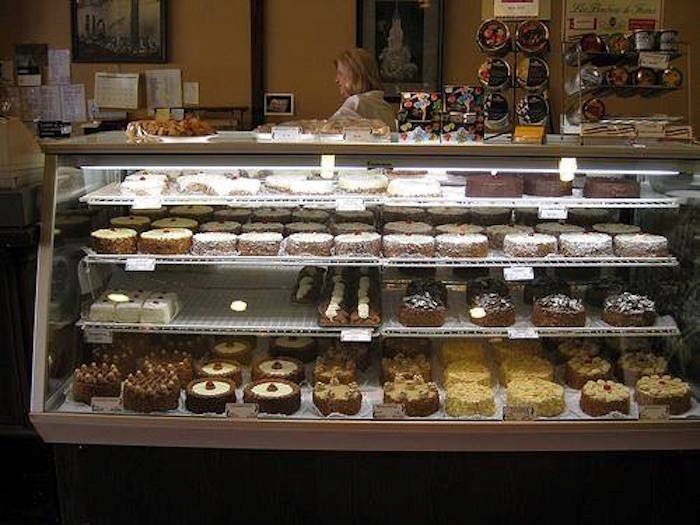 Though this bakery and tea shop has moved from its original Granville Street location, Notte's Bon Ton is still a go-to for pastries, cakes, and other baked goods for many Vancouverites. Family-run, Notte's prides itself on using high-quality ingredients for its artisan-style baked treats. 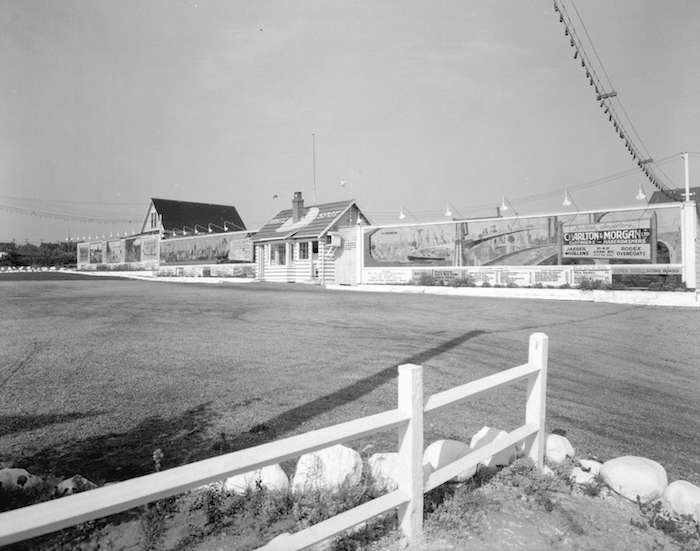 Nat Bailey (you know, the guy the stadium is named for) turned his mobile food biz into a permanent White Spot in Marpole back in 1928. Sadly, a fire destroyed the original location at Granville and 67th in the 80s, but by then the one-time barbecue and chicken-centric drive-in family restaurant was well evolved into the multi-location casual chain we know now, Triple-O sauce and all. You can see a piece of the original location on display at one of their newer outposts on Dunsmuir near Richards.

Address: Locations in BC and Alberta 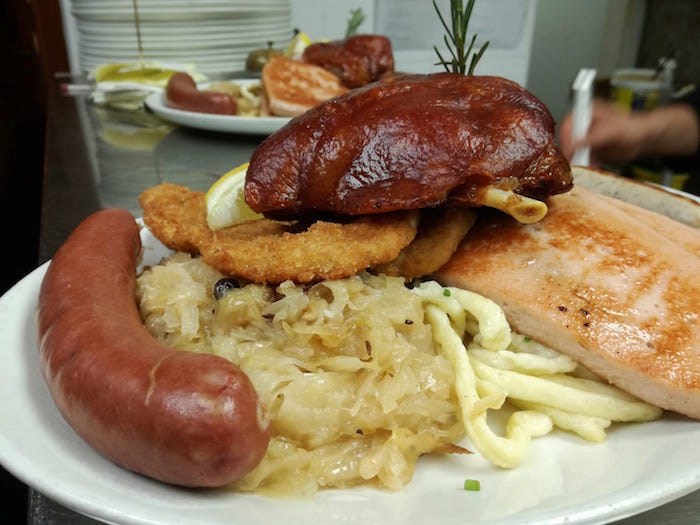 The gathering place for those with German heritage in Vancouver for nearly a century, the Deutsches Haus at the Vancouver Alpen Club is not only one of the most enduring spots for ringing in Oktoberfest with a few pints and sausages, but it is also one of the oldest operating restaurants in the city. Let's drink to that!

Northern Café is one of Vancouver's true restaurant oddities, and a bit of an enigma. It's located above the hardware shop on the property of Northern Building, but it's not run by Northern, though it bears its name. They've said it's been around since the 1960s, but other reports pin it back to the 1940s. Run by a lease-holder who is fine with customers coming to check out his Chinese-Canadian diner fare based on word of mouth, this quirky spot is definitely one of the last of its kind in Vancouver.

A lot has changed at Hastings in Main over the years, to say the least. But the Ovaltine has hung on, and remains an affordable diner that welcomes all in the area. New owners came on in 2014, who saw to it there was a little more lustre revived in the interior, and the menu re-invigorated with fresh ingredients.

New owners have been breathing new life into this modest Mount Pleasant side-street diner for a few years now, but it's still the Argo. Rocking an old-school breakfast-lunch only vibe, Argo serves up affordable food that reflects a contemporary take on classic dishes.

It's just called "The Diner" and it's been around nearly 60 years in West Point Grey. Many stumble upon this greasy spoon by accident, and then many still remain devoted to The Diner's elderly and eccentric owner, who still works the room. Serving up traditional British fare, this is a must-try for UK expats and Anglophiles, particularly for breakfast.

When this location of Hy's opened in 1960, it was called Hy's Encore, because it was Vancouver's second location of the steakhouse. Founded five years earlier in Calgary, Hy's has continued operating this Hornby Street location, though it has been renovated over the years. Always order the cheese toast, and for a rare table-side delight, get the Caesar Salad. 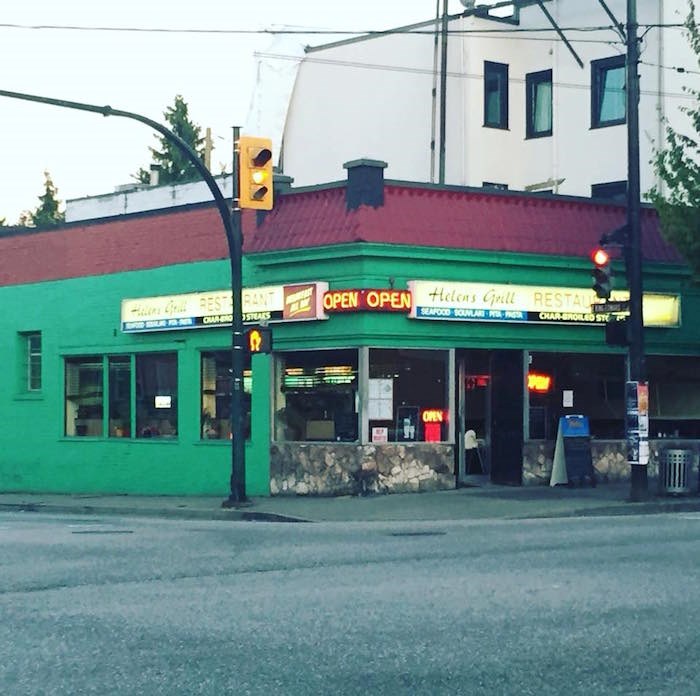 Helen's is part of a class of Vancouver diners that has grown increasingly thin in recent years. Many of Helen's contemporaries have shuttered in the last decade, some reborn with new names and concepts, but still shuttered nonetheless. Helen's remains a Main Street staple, known most for its classic diner eats, including reliably greasy breakfast plates.