A Japanese restaurant chain known for their tempura is poised to open their very first Canadian location, and it will be right here in Vancouver. 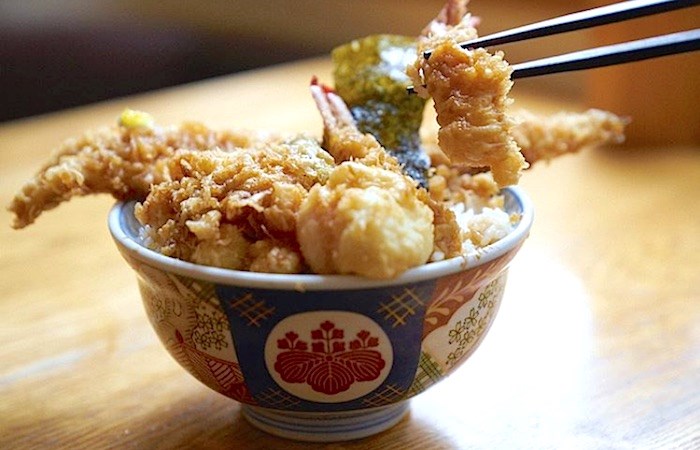 Tendon tempura is the specialty of Japan’s Hannosuke, which is coming to Vancouver. Photo: @hannosuke_japan/Instagram

Ever heard of "tendon tempura"? The Japanese specialty is a type of donburi (rice bowl with toppings) that features crisp tempura atop the freshly steamed rice and a light soy sauce.

While many restaurants serve donburi and tempura dishes here in Vancouver, there is a Japanese chain, Kaneko Hannosuke, that focuses exclusively on tendon tempura, and are considered top of their game.

With locations in Japan - and their main branch located in Tokyo's Chuo City area - as well as outposts in Taiwan and the U.S. (including in major cities like Los Angeles and Chicago), Hannosuke is poised to open their very first Canadian location, and it will be right here in Vancouver.

Signage has gone up at 1725 Robson Street for Tempura Tendon Hannosuke Tokyo, as spotted by Foodgressing.

Hannosuke is named for Hannosuke Kaneko, who "served as the second chairman of Japanese cook association 'Isshin-kai,'" according to their official website. His grandson, Kaneko Shinya, inherited his grandfather's recipe book, which included a treasured recipe for a secret "Edomae" rice bowl sauce. Kaneko Shinya worked to create a tendon tempura dish using the sauce, and his popular brand was born.

The first U.S. outpost of Hannosuke and their stellar tendon tempura launched back in 2012 in Los Angeles' popular Mitsuwa marketplace.

We've reached out to the Kaneko Hannosuke Vancouver team to get more information about their launch here, and we'll update when info is available.