This is the story of King Gambrinus, the original "King of Beers"

Move over Budweiser, the original King of Beers is back to reclaim his throne. His name is King Gambrinus and he learned how to brew from the Egyptian gods Isis and Osiris.
Rob Mangelsdorf Apr 11, 2018 12:42 PM

Move over Budweiser, the original King of Beers is back to reclaim his throne. 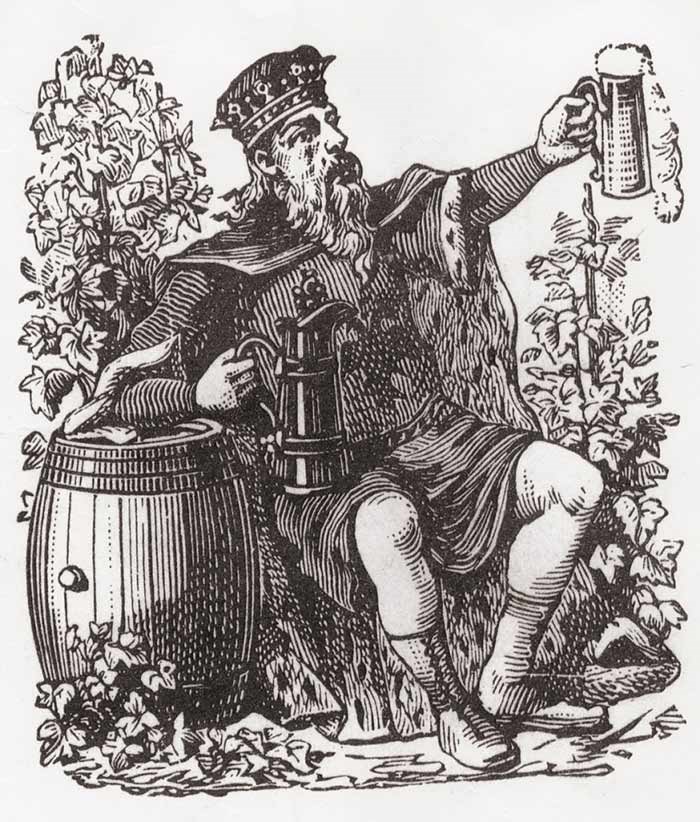 His name is King Gambrinus and he learned how to brew from the Egyptian gods Isis and Osiris. He sold his soul to the devil to become the first mortal brewer, then outdrank the devil when he came to collect. He once drank for three days and three nights at a banquet, and everyone was so impressed, they crowned him king. He lived to be 100 years old and was buried in a beer barrel instead of a coffin.

As it turns out, April 11 is King Gambrinus Day, so let us hoist a pint to this Bacchus of Beer, this Dionysus of Draft.

It should also be noted, that he likely never existed, but why should we let that get in the way of a good story!

The story of King Gambrinus begins more than 500 years ago in Flanders, the Dutch-speaking region of Belgium, Netherlands and France. Like many folk heroes, Gambrinus routinely performed incredible feats (of drinking) and was able to out-smart (and out-drink) all who tried to best him. When the brewers of Flanders needed to choose a leader, they decided to hold a race to see who could carry a full barrel of beer the fastest. Gambrinus, being the genius alcoholic that he was, decided to drink it dry before sauntering to the finish line, empty barrel in hand.

He was even named the patron saint of beer and brewing, despite not being canonized, because, you know, he didn’t actually exist.

Like many folk tales, there is a tiny kernel of truth to the story of King Gambrinus, however. Historians believe the inspiration for story likely began with a couple of dukes in the Middle Ages. John the Victorious (AKA Jan Primus), the Duke of Brabant, ruled over much of Flanders in the late 13th century and was known for his physical strength, bravery in battle, conquering Limburg (now a Dutch province) and fathering several illegitimate children—all of which greatly impressed his people.

Eighty years after John the Victorious died, along came John the Fearless, a duke from nearby Burgundy who inherited the title of Count of Flanders in 1405. He is credited with first introducing the use of hops in brewing to Flanders, and instituting the Order of the Hops, which recognized exemplary Flemish citizens and celebrated them by getting everyone really, really drunk.

Again, this greatly impressed the people of Flanders.

One hundred years later, the character of Gambrinus starts to pop up as folk hero and by now he’s the inventor of beer, possibly a giant, descended from Noah himself and the undisputed greatest drunk of all time.

He’s got a big ol’ beer belly, a bushy beard and always has a stupid grin plastered on his face. He’s usually depicted straddling a keg of beer with a stein in hand, kind of like a drunken Santa Claus, handing out good times and alcohol poisoning instead of presents and coal.

However, Gambrinus was still pretty obscure until French author Charles Deulin’s 1874 collection of short stories, Contes du roi Cambrinus (Tales of King Cambrinus). In Deulin’s stories, Gambrinus really comes into his own—he outwits the devil, becomes a super badass musician, discovers lager beer and is named both the Duke of Brabant and the Count of Flanders. The popularity of the book, along with its stage adaptation, made Gambrinus somewhat of a household name by the end of the 19th century.

Today, the influence of Gambrinus can be seen throughout the beer world. The legendary Pilsner Urquell Brewery in the Czech Republic brews a beer called Gambrinus, dating back to 1869. There’s also the now-defunct Gambrinus Brewing Co. in Oshkosh, Wisconsin. Closer to home, Gambrinus Malting in Armstrong, B.C., takes its name from the mythical Flemish folk hero.

So today we salute this mythical man of the people. May our own drunken antics be remembered so fondly.