Just in time for holiday feasting, gift-giving, and hot chocolate-drinking, Vancouver's Koko Monk Chocolates has opened the doors to their second location.
0
Oct 16, 2018 9:58 AM By: Lindsay William-Ross

Just in time for holiday feasting, gift-giving, and hot chocolate-drinking, Vancouver's Koko Monk Chocolates has opened the doors to their second location. 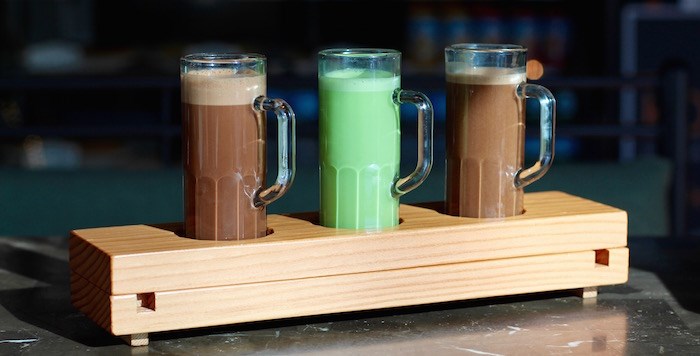 Earlier this year, Koko Monk launched a Kickstarter campaign to help make their second location a reality; the campaign brought in hundreds of supporters and over $20,000. They have opened the doors to the public as of Tuesday, October 16.

Koko Monk's owner and head chocolatier Paul Dincer is one of chocolate’s finest minds in Vancouver. Melding his love of literature with the science of chocolate into one sweet passion, Dincer creates an array of beautiful flavour combinations and works with a deep respect for his ingredients–namely the chocolate itself.

While Koko Monk's chocolates are pleasing for even the most discerning chocoholic (they are refined sugar-free, and the shop has many vegan options), their hot chocolates are their claim to fame. Each year their out-do themselves with creativity for the Hot Chocolate Festival, coming up with creations with names as eye-popping as the ingredient list.

Koko Monk is located at 2883 West Broadway in Vancouver's Kitsilano neighbourhood. Their original location is nearby at 1849 West 1st Avenue.