This awesome Ukrainian restaurant and bakery is opening a Vancouver location

Head to New Westminster for the food at Kozak Ukrainian Eatery, or you can wait just a little longer for them to open a second outpost of their charming restaurant and bakery in Vancouver.

You can practically eat your way around the world on 6th Street in New Westminster - the street is home to Mexican, German, Chinese, Japanese, Greek, Thai, Vietnamese and more restaurants, and that's just between 3rd and 6th avenues.

If you are following a geographical impulse and want to check out the food of Ukraine, you can head to New West for the food and baked goods at Kozak, or you can wait just a little longer for them to open a second outpost of their charming eatery and bakery in Vancouver. 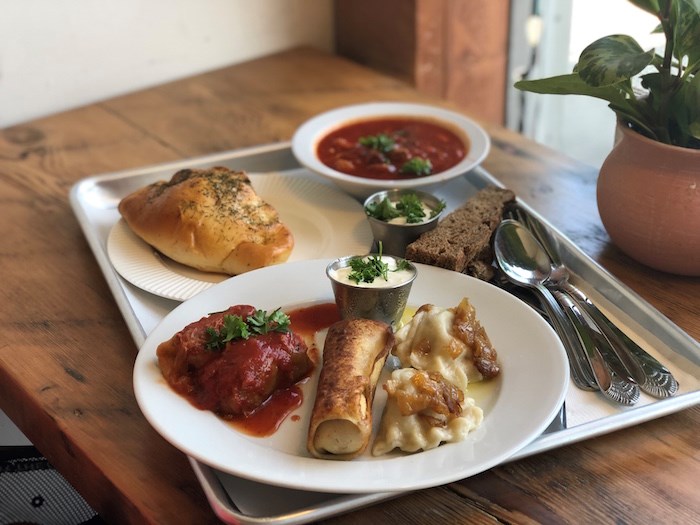 Kozak actually started out as Solodko Bakery, operating a stand at farmers' markets for their baked goods, ranging from long-fermented sourdough to an indulgent Brooklyn-style dark chocolate babka. They launched at 444 6th Street in New Westminster in mid-2015, offering not only their breads and treats, but also expanding the menu to include other traditional Ukrainian fare, ultimately opting to re-brand to Kozak.

For those who are indecisive, curious, or just plain hungry, their lunch combo includes a small bowl of borsch, two pieces of varenyky, two cabbage rolls, and one nalysnyky, along with a generous slab of the bread of your choice - perfect for soaking up the tomato sauce of the holubtsi and dipping into the shimmery maroon goodness of their delicious borsch. 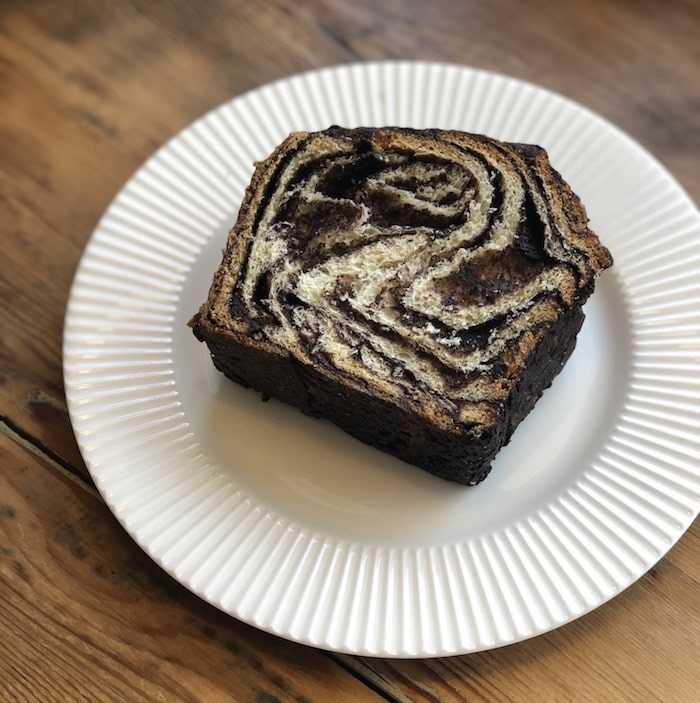 Brooklyn-style dark chocolate babka is available by the slice or loaf. Photo by Lindsay William-Ross/Vancouver Is Awesome

You can dine in or do take-out, and you may want to factor in the lure of their beautiful rows of goodies and loaves of bread for taking home with you, no matter where you opt to enjoy their food. Plus they have take-out containers of popular items like the soups and cabbage rolls.

Kozak announced in 2018 plans for a major expansion to include a permanent Vancouver location at 5077 Victoria Drive. Initially, they had aimed to open late last year, and then again were eying this April, but have faced many of the delays familiar to new restaurant owners in Vancouver with permitting and other issues. The space is getting finalized, and should hopefully be open this June; you'll want to follow them on Instagram for opening day updates. 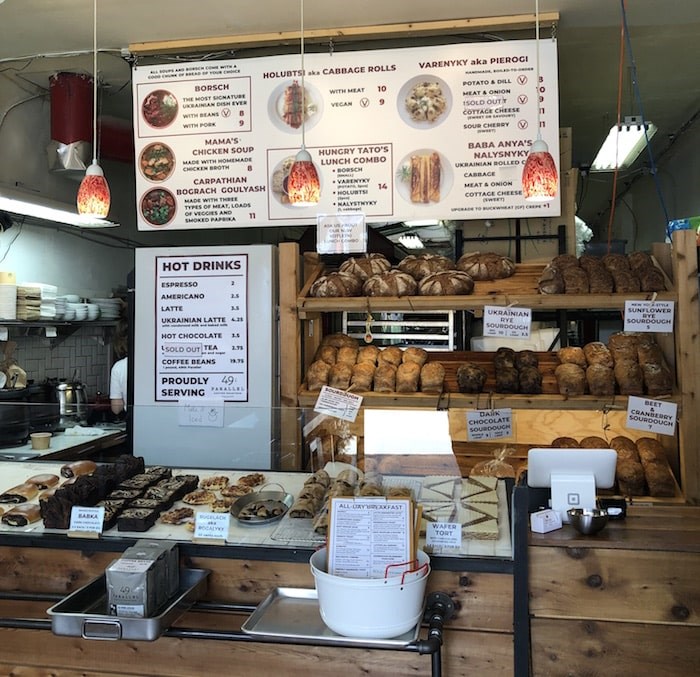 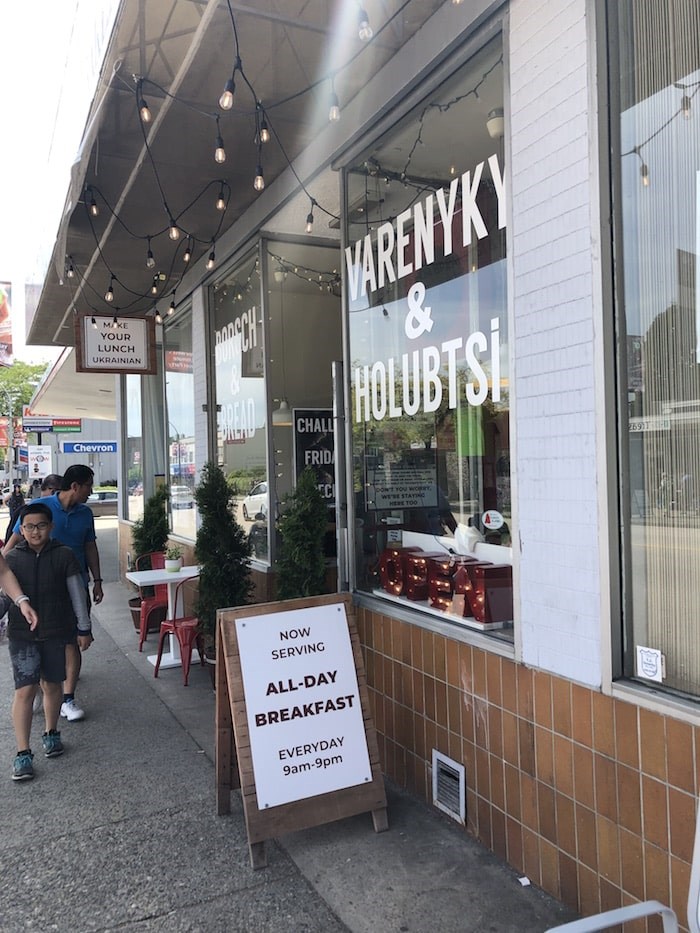 Kozak Ukrainian Eatery is located at 444 6th Street in New Westminster, and is opening soon at 5077 Victoria Drive in Vancouver.