East Vancouver's La Casa Gelato is setting a Guinness World Record for having the most flavours available on-site. 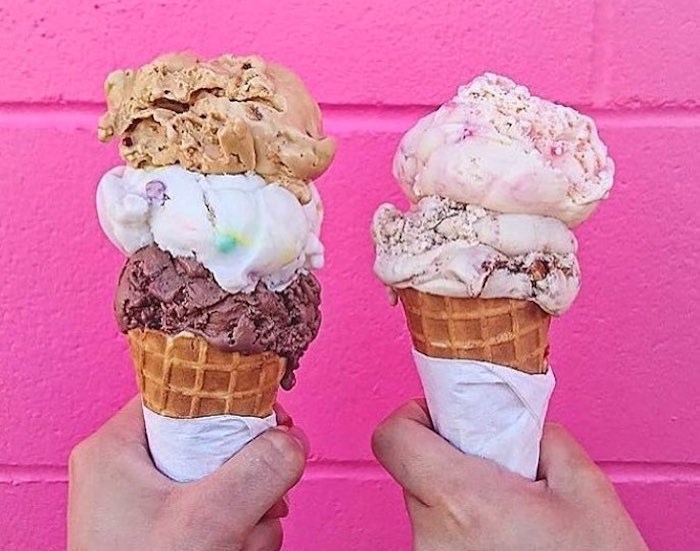 "When we first opened in 1982, we were just a small Italian Sports bar serving 20 flavours in East Vancouver," begins La Casa Gelato's backstory.

Fast forward to 2019, and with 238 gelato flavours in their colourful shop, the longstanding gelateria is setting a Guinness World Record for having the most flavours available on-site.

La Casa Gelato, which has been set up for decades now inside a shockingly pink building on Venables, evolved their menu from the initial 20 to 40, then to 168, and now to 238 eclectic and traditional flavours ready to scoop.

Anyone who's been inside this veteran scoop shop knows that it's instant fun when you walk in the door, and the choices are staggering - and some even shocking. La Casa Gelato makes gelato, sorbetto, yogurt, and sugar-free options. Flavours include everything from a classic Stracciatella to things like Kimchi, Chocolate Bacon, Death By Mango, Green Tea Oreo, Roasted Garlic, Durian, and much (much!) more - in fact, La Casa Gelato's creative minds have come up with nearly 600 flavours over the last 37 years. That's a lot of gelato!

Nov. 14 is Guinness World Record Day, which is when competitors around the world unite to celebrate marking a new record, and that's when Vancouver's La Casa Gelato and their 238 flavours will be deemed the “Official World Record” holder for the most commercially available ice cream flavours.

The public is invited to come by and help with the festivities at 1 p.m., plus La Casa Gelato will - not surprisingly - launch a new flavour to mark the occasion.

La Casa Gelato is located at 1033 Venables Street in Vancouver

Check out this video about La Casa Gelato: