Taking place September 1 to 7, several Vancouver restaurants have signed up with their burgers that will be available that week for your eating--and voting--pleasure.
Aug 29, 2018 10:03 AM By: Lindsay William-Ross

Le Burger Week, the Montreal-based week-long celebration of the best and most outrageous burgers, returns to Vancouver for seven days of deliciousness.

Taking place September 1 to 7, several Vancouver restaurants have signed up with their burgers that will be available that week for your eating--and voting--pleasure.

Launched in 2012, the annual event has brought burger lovers together in numerous Canadian cities since 2017, when the fest expanded to include Montreal, Quebec City, Cornwall, Toronto, Ottawa, Winnipeg, Calgary, Edmonton, Regina, Saskatoon and, Vancouver.

Bells and Whistles: The Dragon Slayer 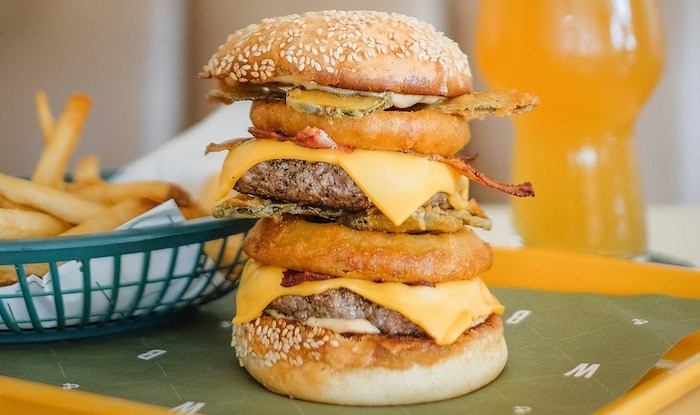 The Dragon Slayer from 2018 at Bells and Whistles in Vancouver. Photo by Melo Photography

Wrap your lips around this taco seasoned beef burger with spicy jalapeño cheese, onions, lettuce, tomato, guacamole, salsa, sour cream and crunchy Doritos. This is all served on a fresh brioche bun with your choice of golden fries, rice or side salad.

Korean-fried chicken breast brushed in a delicious Gochujang sauce. Served with kimchi aioli, house made slaw, chili peppers, and topped off with a pickle spear. 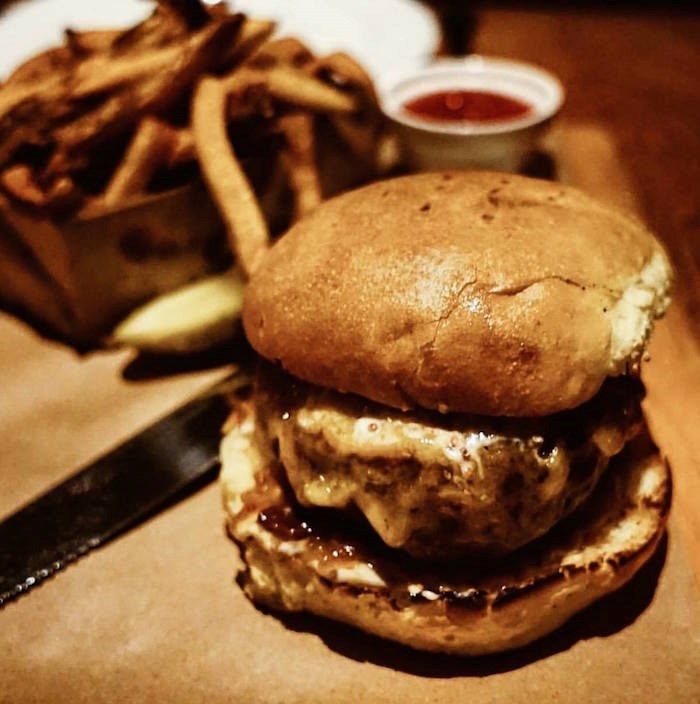 with French fries with homemade ketchup.

Montreal smoked meat, with cheddar, lettuce, tomato, and pickles. Ketchup, mustard and mayo with a crispy hash brown patty in the middle. Served on your choice of hand-rolled, fire-baked Montreal style

strings for texture and paired with a dish of Red Wine Demi-Glace.

A 6oz fresh pressed burger patty, blackened and topped with a skirt of shredded cheddar cheese, fried onions and Bacon, served on a Tuxedo bun.