Long-standing restaurant at Granville Island reveals it has closed permanently

So long to another Vancouver restaurant vet that was a true ground-breaker.

Another Vancouver restaurant has revealed it has permanently closed nearly a year after it shuttered due to pandemic-fuelled restrictions.

Edible Canada, located steps from the iconic Public Market at Granville Island, is no more.

The restaurant as we knew it over the last decade began as a culinary tourism concept before evolving to be a full-service sit-down bistro; it was also previously known as Edible British Columbia and Edible Vancouver. The restaurant also offered a boutique gift shop and had a special room within the room equipped with a demonstration kitchen for events and workshops. In the warmer months they operated a fish-and-chips take-out window, too.

Edible Canada was the work of chef, restaurateur, and Canadian ingredient champion Eric Pateman, who wanted to serve locals and visitors to Vancouver alike foods that were native to the region and nation.

"We were putting on three to four dinners a week in the market but we weren't set up as a restaurant," said Pateman in 2011, adding that he needed a "more appropriate space," to keep the health department happy, for one.

When the former information booth opposite the market became available, Pateman approached Canada Mortgage and Housing Corporation (CMHC) and, after a successful tender process, secured the spot. Two years down the road, on Canada Day [2011], Edible Canada threw open its doors.

Edible Canada was a real ground-breaker, from leading culinary tours of the market and city, bringing in guest chefs, and putting dishes on the menu that drew controversy. 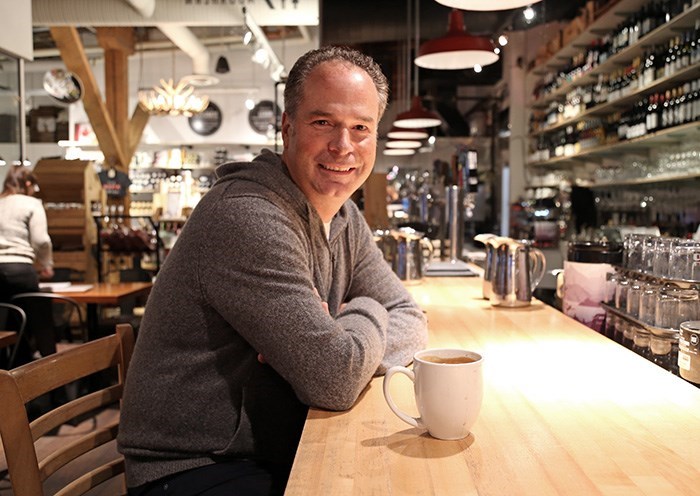 In January 2017, Pateman put a pasta dish featuring a sauce made with seal meat on the menu for Dine Out Vancouver. You can bet PETA showed up to protest.

Known for dishes like duck fat fries, local fish served with Canadian grains and produce grown on Metro Vancouver and Fraser Valley farms, Edible Canada was an enduring favourite in the city.

The restaurant closed up in mid-March 2020 as the coronavirus (COVID-19) led to restrictions for restaurants in the province. Now Pateman and Edible Canada have revealed the venture's 15-year run has indeed come to a close.

However, for fans of Pateman and his bold culinary endeavours, there is terrific news: He is opening a new restaurant in Tofino with another ground-breaking premise. As I learned last fall in my travels to visit the new Hotel Zed Tofino, the restaurant at the eye-catching property is going to feature live-fire cooking and multiple indoor and outdoor dining spaces. Called Roar, the restaurant is aiming to open in early May.

With a file from Tim Pawsey/Vancouver Courier (2011)