Ikea to the left, McDonald’s to the right, here I am, stuck in deep fried fish with you. Photos Bob Kronbauer

McDonald's Canada made an announcement this week that they've decided to serve fish n' chips, for a limited time, as part of their "Great Canadian Tastes" menu.

As the only qualified (self-described) fish expert on our editorial team and someone who literally eats cheap fish n' chips weekly, I took on the assignment of comparing the McDonald's version to the closest thing; Ikea's fish n' chips.

Both of these massive chains serve up cheap food to throngs of humans, and both promote these menu items as being sustainable. In fact both have third-party certification from the Marine Stewardship Council that the fish they're taking out of our oceans won't further mess up the global supply.

I started with Ikea's which - full disclosure - I eat almost every time I go to Richmond. For $10.49 (all in after tax) you get this dish and a pop, which is a bargain. 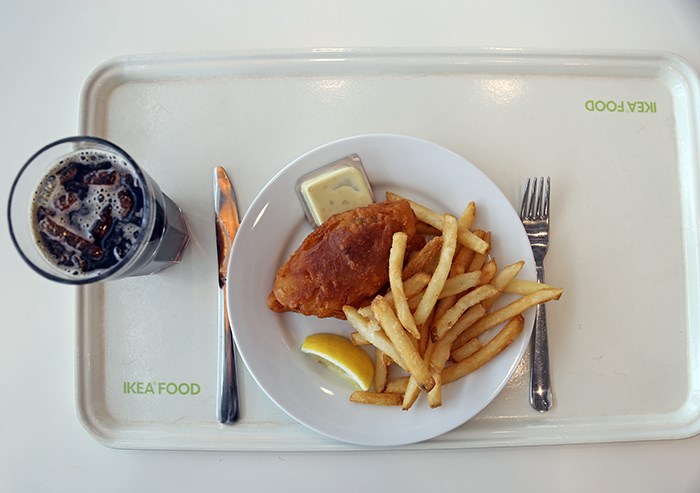 I purchase this meal halfway through shopping for bookshelves not because I think their version of it is one of the best out there, but because I fiercely love deep fried fish and sliced potatoes. I simply cannot pass them up. Trying to get me to not order fish n' chips after I see it on any menu anywhere would be like trying to get a cat not to chase a laser. Futile.

Theirs isn't a bad version. It's perfectly edible, and it even comes with a slice of lemon which makes it even more edible. That wedge is one of the main things that set it apart from Ronald's.

The presentation is decent. It's fairly close to what they show in the menu photo of it (below). And the cafeteria setting, full of other people who have been shopping, is full of ambient light thanks to the large windows that surround it. 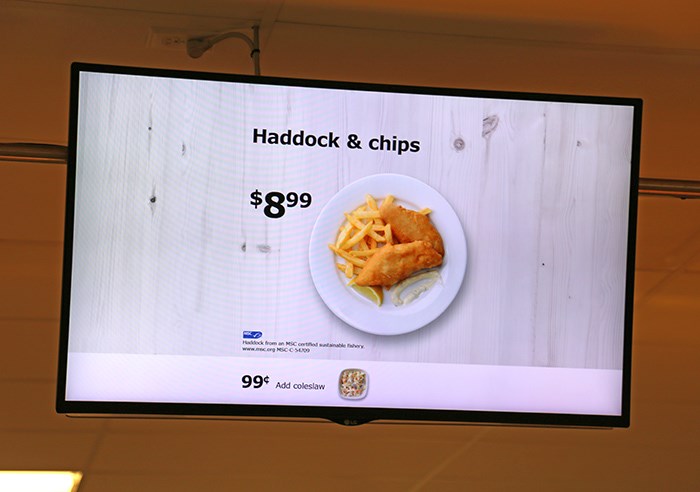 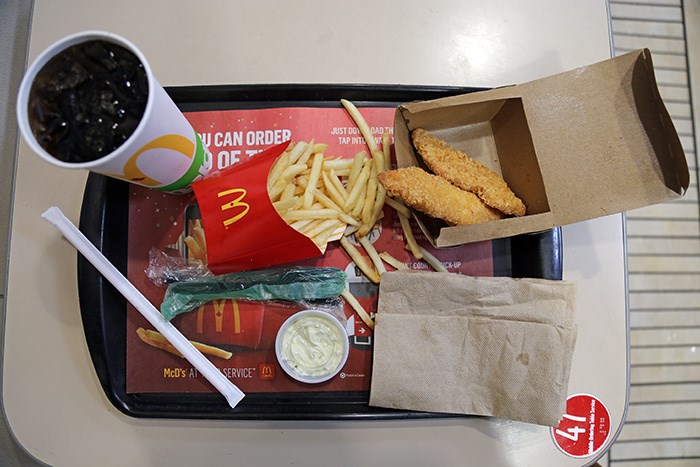 It's just as edible as Ikea's. If you like their Filet 'o Fish you'll be happy to know that it tastes eerily similar to that, but with a slightly different batter.

They've chosen to style their haddock in what can only be described as "chicken finger-shaped", yet for some reason the meal comes with a plastic knife and a fork, each wrapped in plastic. I was confused by this, as what they seem to have done is made an entirely new category of fish n' chips; with its shape, it's a type you could eat in your car/on-the-go, without the use of any utensils.

The presentation leaves quite a bit to be desired, but on par with other food you'd get here. The way it looks in the photo they show of it (below) is not far from what you get, except it comes in a box labeled "Poutine", not the one you see here. I ate this meal at a table inside the McDonald's at Terminal and Main and wish I would have known it was chicken finger-shaped and more of a to-go item, as the ambience of this particular location lends itself more to getting stabbed than enjoying haddock. 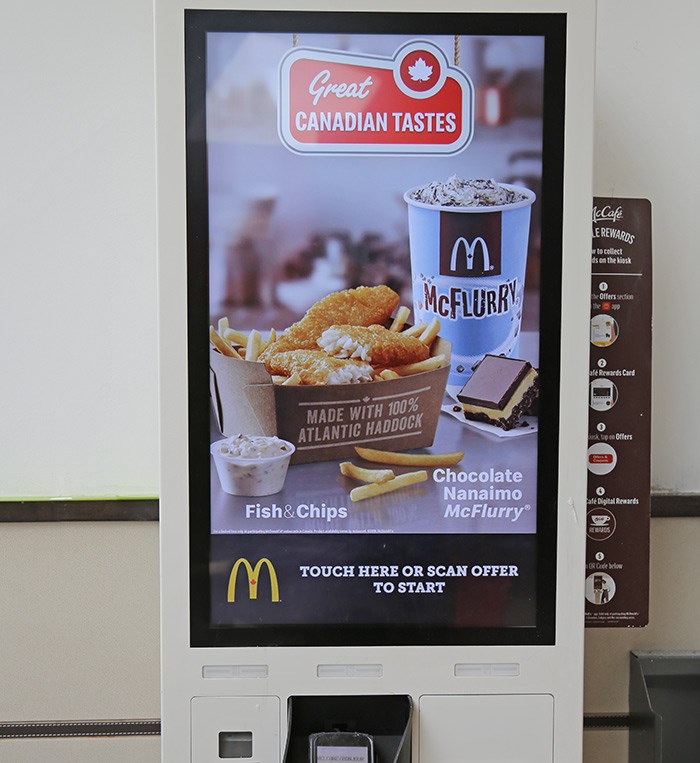 So who has the best of the two?

Their 1/6th of a lemon that they include with the meal adds a layer that the burger chain's simply doesn't have. And while the shape of McDonald's' is slightly more evolved, the classic wins. 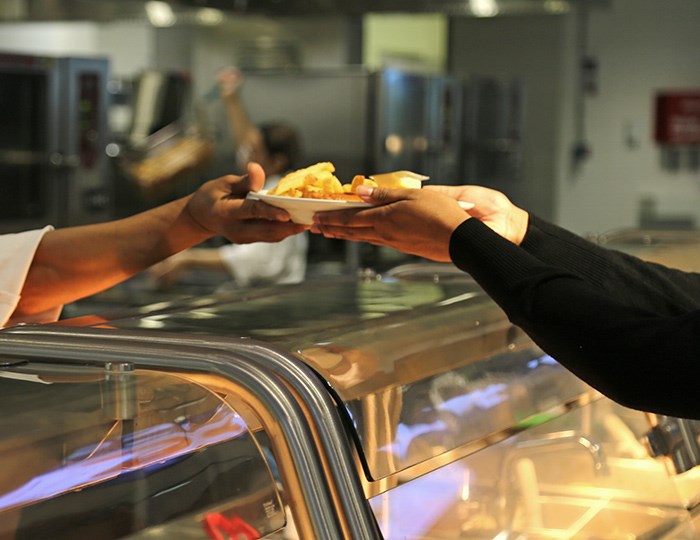 Ikea fish n’ chips being handed to a customer in their cafeteria. Photo Bob Kronbauer

All snark aside, Ikea and McDonald's both offer great value in these meals. The fact that they're MSC certified while also being affordable is commendable.

If you're looking for the best fish n' chips in Vancouver, head to:

- The Fish Counter on Main Street. It's owned and operated by one of the chefs who started Ocean Wise.

- Pajo's on the Wharf in Steveston. The ambience here is everything.