B.C craft cider takes a walk on the wild side

Craft cider in B.C. is taking a walk on the wild side these days, delighting our palates with the complexities of natural fermentation
Oct 17, 2019 10:07 AM By: Rob Mangelsdorf 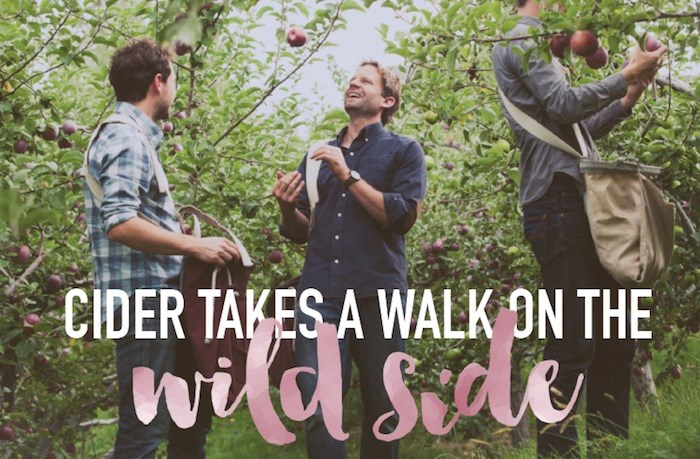 Craft cider is taking a walk on the wild side these days, delighting our palates with the complexities of natural fermentation

Given that B.C. is the apple basket of Canada, it makes perfect sense that local bars, restaurants and liquor stores are becoming increasingly rich with natural and wild cider options. Especially as folks exposed to craft beer are willing to explore anything bottle conditioned and filled with funk.

Wild cider is by no means a recent trend, however.

Northern Spain is one of the oldest cider regions in the world and there are over 80 varietals of cider apples in the Basque region.

“One of the cideries that we work with has written records of their family making cider on the same location dating back 450 years, and oral history puts them back even further,” explains Shawn Pisio, co-founder of Vancouver-based Txotx Imports. “Basque cider is naturally fermented and has a very high volatile acidity compared to North American cider, meaning it's tart, sour, briny, and funky.”

To the untrained eye, beer, wine and cider are completely separate—albeit delicious—beasts. But on the contrary—brewers, winemakers and cidermakers have been working in a symbiotic relationship for years; poaching techniques from each other to conceive boundary-pushing, wild and wonderful products. The collective secret is a hands-off approach, letting the powers that be—in this case the yeasts, bacteria and terroir of the environment—do their thing. 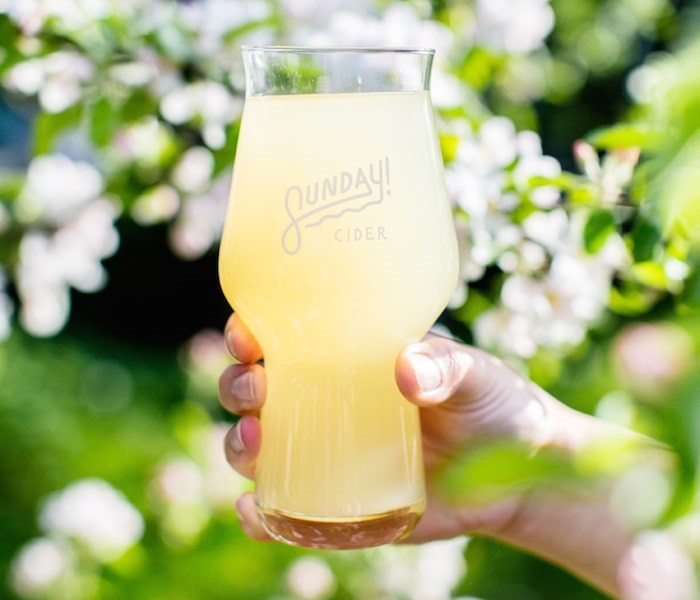 So, what separates a wild cider from the other stuff?

“Essentially what we're doing is sort of mixed-culture fermentation,” says Dominion Cider Co. owner Robin Cairns. That means instead of using a commercial yeast that’s purchased and added to the juice that you've pressed, the juice is allowed to naturally ferment itself with the wild yeasts that are available in the environment.

“Those yeast strains will be available on the skins of the apples and the pomace that we create when the apples go through the grinder,” she says. “When we press the juice from that pomace, it will then start to ferment naturally.”

Dominion Cider Co. is an estate branch-to-bottle cidery based in Summerland, helmed by a small team of three. The majority of its ciders are wild fermented and naturally made.

“Our Foundation Series are the blends of cider that we've made since we started, but there's always some natural variation and evolution of those products because they are made in a small scale and by hand,” says Cairns. “In fact, all of the Foundation ciders incorporate wild fermentation.”

While some wild ciders boast flavour profiles that ring true to a more traditional cider, others blur the lines and bend the rules.

Creek & Gully is an intimate ciderhouse in Naramata that has been producing handmade, unfiltered, bottle-conditioned ciders with little intervention during the fermentation process for the past year.

“We are definitely cribbing from the wine world and making cider in more of a wine style,” says Kaleigh Jorgensen, co-owner and cidermaker at Creek & Gully. “Our first release was a Pétillant Naturel, or ‘naturally sparkling’ in French. For that one, we barrel-fermented our juice, until there was a little bit of residual sugar, you pop it in a bottle… [and] it finishes its ferment in the bottle and it carbonates in there.”

Jorgensen’s philosophy is to create cider that’s defined by its terroir. 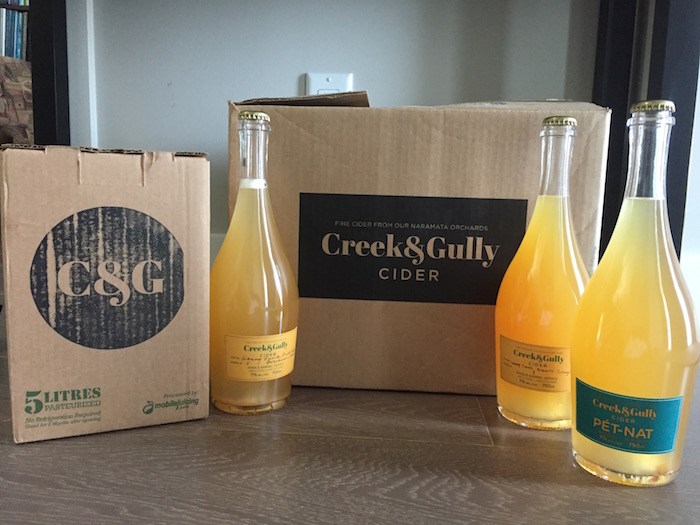 “I wanted to highlight where we come from,” she says. “We let [the cider] be what it’s going to be instead of looking through a catalogue that [would] in turn give a more predictable product.”

In addition to using wine yeast, champagne yeast and beer yeast in some of their ciders, Sunshine Coast’s Sunday Cider has a wild program focusing on spontaneous fermentation.

“The reason why we are doing those wild ferments is because we really like the complexity that the wild yeast and the ‘apiculate’ yeast, the starter yeast that’s found on the skin of the apples, add to the cider,” says co-owner Clinton McDougall. “Those yeasts will typically get the ferment started, but they die off at anywhere between two to four per cent alcohol. But they add something really quite interesting to the cider. They have their own profile, there is a complexity to it, there’s a depth to it. And not only does that add to the aroma, it adds to the texture in so many different ways.”

While natural products of every variety are a budding and lucrative trend, Pisio believes that craft beer has truly paved the way for the rediscovery of craft cider.

“People are looking for more complex and interesting tastes.” he says. “Naturally fermented cider made from traditional cider apples, aged in Merlot barrels is a far cry from the days of drinking cider from a two litre plastic bottle.”