So here’s a crazy thing: it turns out British Columbians really like craft beer. Who knew!

There are currently 172 craft breweries pouring beer in B.C., with 22 of those having opened, reopened or moved into new homes in the past year, everywhere from Fort St. John to Port Coquitlam.

Here’s a look back at the many new breweries we’ve seen open their doors in the past year. How many have you had a chance to visit? 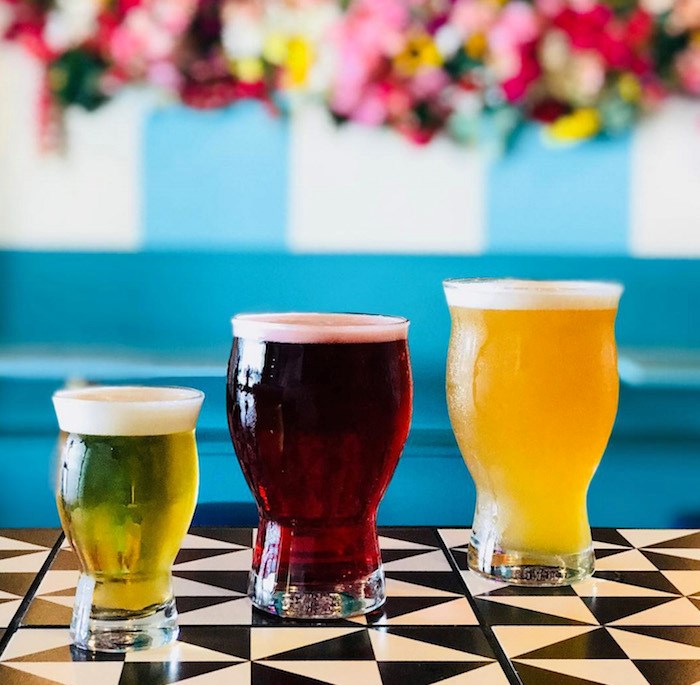 33 Acres’ new brewery is right next door to its current tasting room, offering a totally different line-up of beers focusing on experimentation and exploring the science of fermentation.

Smoked meats and fresh brewed ales are on the menu at Kamloops' newest brewpub, which opened just two weeks ago.

This community-focused brewery was founded by two Smithereens with a passion for the Northern B.C. lifestyle of skiing, boarding, fishing and biking in unexplored wilderness.

Dead Frog moved into a new facility just off Highway 1 in Langley this past summer, with a big tasting room complete with indoor and outdoor seating.

Chaos and Solace founder Gord Gagne has rebranded his downtown Chilliwack craft brewery and tasting lounge with a new look and new beers.

The building used to be an electric bicycle factory, now it’s a beer factory pumping out some of Brewery Creek’s most creative brews.

This small batch nano brewery nestled away on a farm in North Saanich uses 90 per cent homegrown ingredients.

This long-awaited brewery is focusing on Belgian-style wild and sour beers, with lots of Lactobacillus, Brettanomyces, Pediococcus and secondary fermentations with fruit.

Located at the former site of the legendary Loft Cabaret, this new brewery has seating for 100, taps aplenty and a full kitchen.

This craft brewery is looking to make some noise in West Abby with a lineup of creative sours, IPAs and craft sodas.

B.C.’s northernmost brewery is converting the masses with tits wide selection of lagers and craft classics.

After shutting its doors for almost six months, Old Abbey is back in business with new owners, a renovated taproom and a new lineup of beers. There’s a pool table and jukebox, too!

PBC’s wood-hewn esthetic is more than fitting for this corner of the world, where the wilderness is just steps away.

Duncan’s newest brewery is up to some innovative stuff, including brewing beer from unused bread courtesy of the Cowichan Green Community.

Northern B.C.’s only purpose-built craft brewery is home to some of the region’s most creative and delicious beers, too.

PoCo’s second brewery missed out on being the first by days. With a dozen taps pouring brewer Darren Hollett’s beers, you’re bound to find a favourite.

One part East Van-style brewery, one part distillery and one part community centre, with trivia, movies, board games, yoga, live music and DJs featured on any given evening.

This Pemberton brewery’s tasting room is located in the middle of an active organic farm where they grow their own barley and hops.

This brewery focused on “rustic ales with a bit of a wild side” just opened, but its first batch of barrel-aged beers is already starting to mature.

–with files from Jan Zeschky and Joe Wiebe

The Winter 2018 issue of The Growler is out now! You can find B.C.’s favourite craft beer guide at your local brewery, select private liquor stores, and on newsstands across the province.