They are serving up "a fusion of traditional Chinese food with a North American flare" in the shadow of Vancouver's city hall.
Feb 18, 2020 2:06 PM By: Lindsay William-Ross 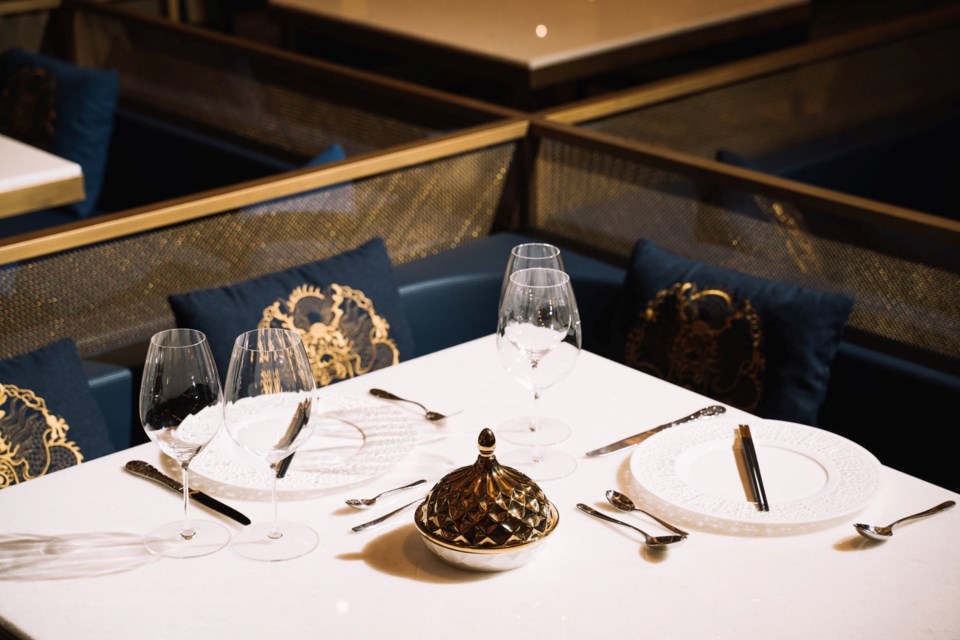 A new modern Chinese restaurant in Vancouver is raising eyebrows for their high-end offerings, including its particularly pricey chef's tasting menu.

Quan Ju De, an established Asian brand, recently opened up at 12th and Cambie at the base of The Spot building. The restaurant's origins in China date back to 1864, though this contemporary spot aims to serve "a fusion of traditional Chinese food with a North American flare."

One of Quan Ju De's signature menu items is their Beijing Duck. Their basic offering of the well-known dish is priced at $98, while a duck with a caviar add-on goes for $198.

The Beijing Duck joins an array of traditional, modern, and fusion dishes on the regular Quan Ju De menu, ranging from torched aburi-style sushi to a variety of cuts of Kobe beef and A5 Wagyu, along with whole fish preparations and a roster of live market seafood, soups, dumplings, and rice and noodle dishes.

Additionally, Quan Ju De offers some ingredients that are not seen too often on menus in Vancouver - items like conch and monkfish liver, for example.

The restaurant's proximity to Vancouver City Hall prompted a local reporter to tweet about Quan Ju De's other menu, however, and which includes its eye-popping $588 per person chef's tasting menu among other offerings, and the reality that - at those prices - this particular restaurant isn't likely going to become the haunt for writers on the local politics and civic affairs beat.

This particular special menu features Quan Ju De's most decadent options, including rare ingredients and delicacies you'd be hard-pressed to find at other local establishments, such as South African or Japanese abalone (the differences, pricing, and more info is explained well in this article out of Hong Kong), sea cucumber, and caterpillar fungus. This menu is also one aspect of what defines Quan Ju De as a luxury restaurant.

One other way Quan Ju De is aiming to stand above the crowd here in Vancouver is their forthcoming "iDen" dining option, which they explain as follows:

"As Canada’s very first 5D immersive restaurant, a seasonal 9 course menu is enjoyed with use of all five senses."

The iDen experience will be for group bookings and individual reservations, with only a dozen seats made available each night.

Currently, some of Metro Vancouver's Chinese restaurants have expressed concerns about loss of customers during the ongoing coronavirus outbreak. In response, locals are making a point to visit Chinese restaurants to show support. If you're curious about one of the newest options in the city - and you are a bit more flush in budget - Quan Ju De is open from 5 p.m. to midnight daily, and is accepting reservations.

Quan Ju De is located at 2808 Cambie St in Vancouver