Restaurants and food enterprises focusing on vegan or vegan-friendly fare are booming in Metro Vancouver, and now a beautiful new cookbook is celebrating that bounty.
0
Nov 20, 2018 1:21 PM By: Lindsay William-Ross

Increasingly, Vancouverites are embracing the plant-based lifestyle--even if it's just for a meal here and there. Restaurants and food enterprises focusing on vegan or vegan-friendly fare are booming in the region, and now a beautiful new cookbook is celebrating that bounty. 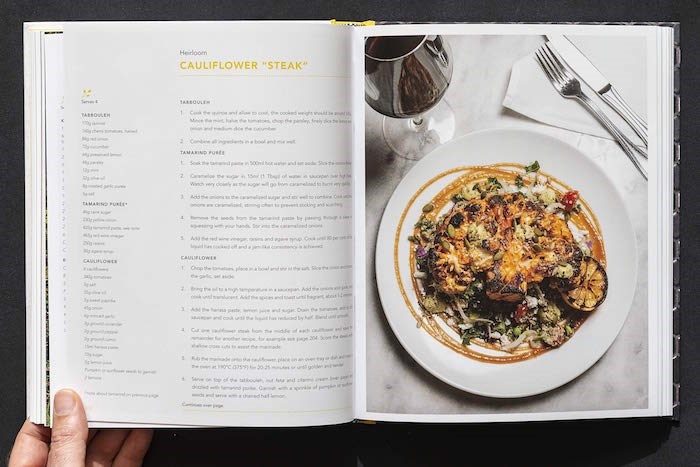 North Vancouver-based photographer Brad Hill is behind The Plant-Based Foodie Vancouver, which marks the latest installation in his ongoing series spotlighting neighbourhoods--and now niche cuisine--in the Vancouver area. The Plant-Based Foodie is Hill's fourth tome; last year he released The Gastown Foodie, and prior to that the North Shore Foodie and East Van Foodie cookbooks.

Each restaurant or vendor comes with a story penned by writer Chris Dagenais (who, among his credits, writes about restaurants for our sibling publication The North Shore News) that pairs with not only the food, but Hill's compelling photographs. The volume opens with a foreward co-written by Vancouver plant-based icon Erin Ireland and animal rights lawyer Anna Pippus.

While going full vegan may not be in the cards for everyone in Vancouver, a beautiful (and giftable!) book like The Plant-Based Foodie certainly can make going animal-free for more of our meals much easier, whether we're inspired to get in the kitchen or go visit these local eateries.

"Put simply, the message of this book is that plant-based food is awesome," says Hill in his introduction.

You can find The Plant-Based Foodie for sale at the restaurants featured in the book, as well as at several bookstores in the region and online via major booksellers.