Brewer vs Brewer: The suburban edition

In Port Coquitlam, a city that had exactly zero craft breweries less than a year ago, two breweries are open for business today: Northpaw Brewing and Taylight Brewing. And there could be as many as five before the year is out.
0
Mar 8, 2019 11:16 AM By: Rob Mangelsdorf

The times they are a-changin’. It wasn’t so long ago that the vast suburbs surrounding Vancouver were craft beer wastelands. While the city proper was undergoing a dramatic craft awakening, out in the ‘burbs? Nothing. Well, almost nothing.

While Port Moody was quick out of the gates with the Murray Street crew, there was barely a pulse in many of the neighbouring municipalities. As it turned out, some civic governments were initially less than welcoming of craft breweries and their tasting rooms. 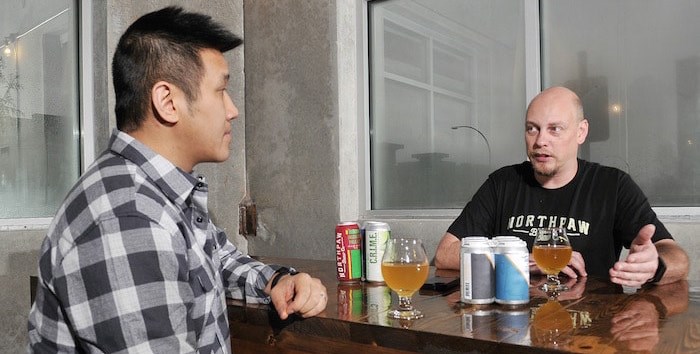 But the ‘burbs are coming around. North Vancouver’s Lower Lonsdale is set to rival Port Moody with two craft breweries already open and another three on the way. Maple Ridge has three breweries all within walking distance. Langley could see four new breweries this year. And in Port Coquitlam, a city that had exactly zero craft breweries less than a year ago, two breweries are open for business today: Northpaw Brewing and Taylight Brewing. And there could be as many as five before the year is out.

The Growler sat down with brewers Goldwin Chan and Dennis Smit of Taylight and Northpaw, respectively, to find out what’s different about brewing in the ‘burbs.

The Growler: Why has it taken so long for craft beer to make it to the suburbs?

Dennis Smit: Part of the challenge here was there are some pretty vocal pub owners, not naming names, that didn’t like the idea of a craft brewery coming in and opening a tasting room.

Goldwin Chan: The pub owners definitely wanted to keep us out. Some of them.

Was it that they felt entitled to a monopoly on liquor sales?

Smit: Yeah, it’s exactly that. It seems like they want to monopolize the whole beer scene, but at the same time, a lot of them aren’t willing to embrace craft beer. The John B Pub [in Coquitlam] is a great example of a pub that has embraced it, they’re open arms to craft beer, they have, what? Fifty taps?

Smit: Wow. So, yeah, no problem, you want Molson or a Budweiser, you can have it. But you can also have whatever craft beer you want, too, and they are doing just fine. Probably doing better now than they were 10 years ago.

Chan: The pubs that seem to have a problem with craft breweries are the ones that are full of, you know, only old guys. And that’s fine, there’s a market for everything. But it’s different environment with a totally different clientele. 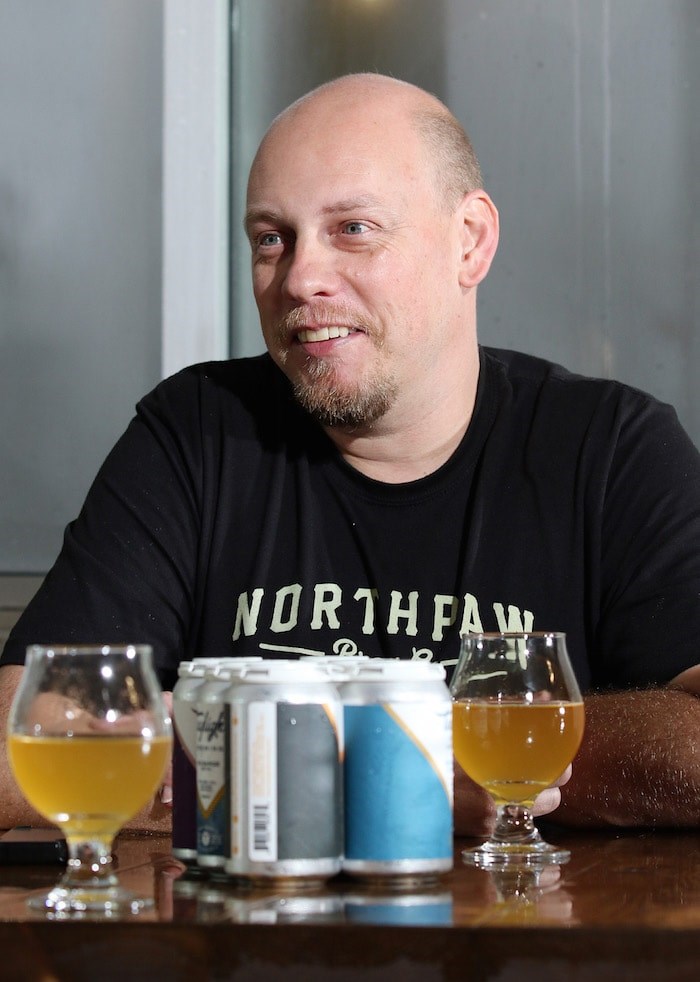 Yeah, I doubt you guys would be pulling people away from places like that.

Smit: What we’re doing is catering to everybody here, just look around [gestures at a nearby table of moms and young children]. You’re not going to see that at a pub.

Chan: A lot of people don’t feel comfortable in bars and pubs.

It seems like a lot of municipalities didn’t understand what craft beer is all about, as well.

Smit: I think that’s a lot of it. I think there was a misunderstanding, but that’s changed a lot, very recently. Especially in PoCo. PoCo has been great to Northpaw, they’ve really helped us out and fast-tracked our process. But prior to that you saw the council in Port Moody have a lot of success with craft breweries. Not only fiscal success, but community success, too. It was very well received by everyone. It wasn’t just alcoholics and tradesmen, it was everybody, it was families.

Craft beer turned the asshole of Port Moody into the funnest place in town.

Smit: Absolutely, so neighbouring communities like PoCo saw that and said, hey, we want craft breweries, too!

But the first few proposed craft breweries in Coquitlam and Port Coquitlam, they met a lot of resistance from the municipalities, five, six years ago. There was even talk of putting in provisions so they wouldn’t be too close to schools. 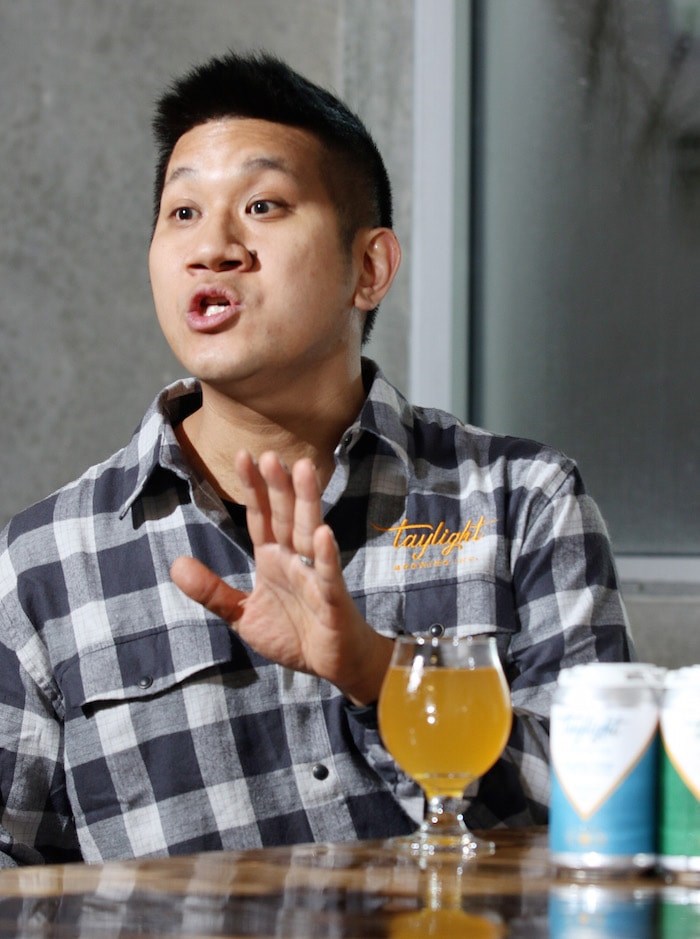 Chan: Because the people who go to craft breweries are all rapists and pedophiles!

They wouldn’t have an issue if a winery wanted to open up.

Do you think there’s a difference in the suburban palate? Are there beers that might be popular in Vancouver but wouldn’t fly out here?

Smit: I don’t know that it is a lot different. There’s a lot of knowledgeable beer people in Vancouver, but one of the things that we benefit from is that people are moving from Vancouver. Housing is a lot cheaper out here. So those people are coming and they’re finding breweries. We’ve had to start doing kettle sours, because people are coming in and asking for sours. That’s not a beer you make if you’re just selling cream ales. Obviously, a barrel-aged sour would be great, but we just opened and kettle sours are nice and easy.

Chan: And we do have regulars who come in just for our lagers, sure. They like their Budweiser, and they want to drink something that’s local.

So these aren’t “craft beer people,” necessarily, but they like beer and they want to support a local business.

Smit: Local is a very big word. And people who aren’t really in to craft beer will come in because they want to support local, and that’s what something like a cream ale is for. And they’ll enjoy it, and then they want to try something else. 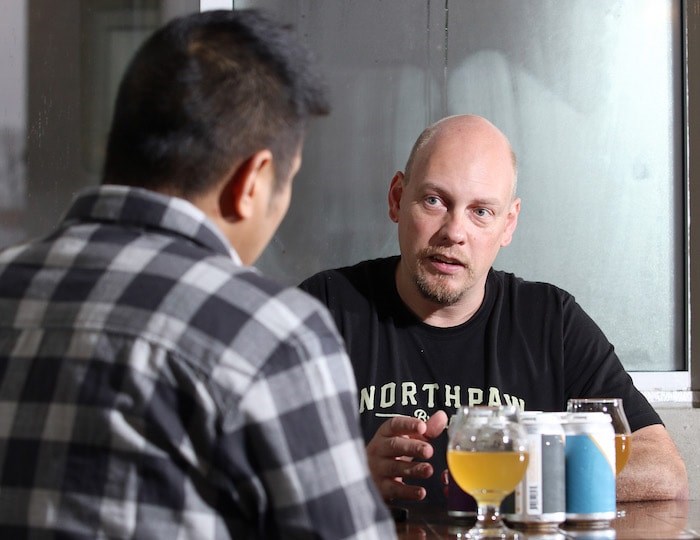 So gateway beers are still important. You’re educating the market, to a certain extent. At least part of it.

Smit: Absolutely. We get those people everyday. Maybe they’re biking by or walking their dog and they come in and want a beer, but all they know is Budweiser.

That’s something craft breweries in places like Victoria and Vancouver dealt with years ago. Not so much anymore.

Smit: Which is why you see more specialization in Vancouver, for sure. That’s going to happen when you have so many breweries. Out here, you can’t have a menu of only huge IPAs or 12% imperial stouts.

Those beers can be intimidating to someone who’s unfamiliar with craft beer. At the very least they likely haven’t had the same exposure to craft beer that someone from Vancouver or Victoria has.

Smit: Exactly. In places like East Van now, you’re almost being forced to find a niche market, whereas here we don’t have that. You have to have something for everybody.

Chan: You know, people just want something that tastes good, so try to give them that. Very approachable, nothing too crazy. We’re not like Electric Bicycle out here, we’re not throwing ramen into the kettle. But we get to experiment with our pilot system. Hazys and IPAs are still really popular, though. 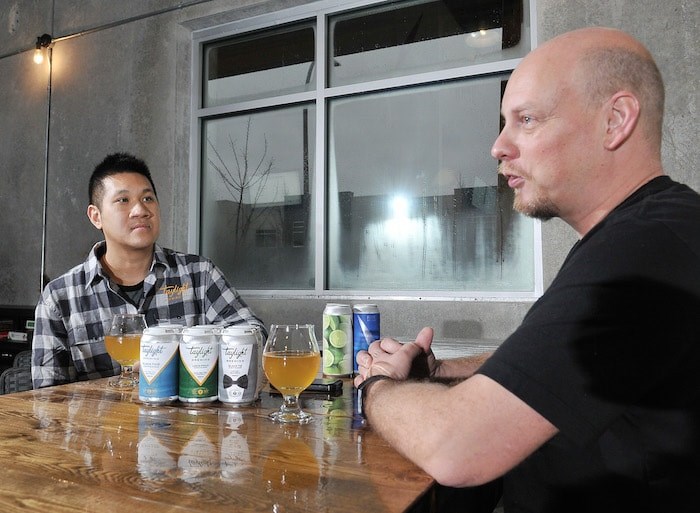 The hazy style of beer, honestly, is revolutionary for craft beer. A lot of people who thought that they hated hops because they had some 100 IBU monstrosity like 10 years ago are coming back to craft beer because of hazy IPAs. It offers all of the fruity aromas and flavours of hops without the bitterness, so it’s totally approachable.

Chan: We still get that, people coming in and saying, they don’t like hoppy beer. But they love our hazy pale ale! But that’s true hoppiness—the aroma and the flavour—not the bitterness. We’re not going after the high alpha acid hops that large commercial breweries use anymore. That used to be all that was available.

Smit: They wanted the highest alpha they could get so they could use the least amount of hops possible, because they’re brewing on such a large scale and all you want to do is get your 15 IBUs.

Chan: We probably put similar amounts of hops into our IPAs as there is in an entire brew of Molson Canadian, and that’s a 650 hL [65,000 L] brew. It’s about a garbage can worth.

What’s the craft beer market going to be like five, 10 years from now out here? Can PoCo support dozens of breweries?

Chan: I think we opened the floodgates. These guys opened up and we opened up soon after, and there’s going to be at least two or three more that we know about. Port Coquitlam isn’t a huge city, but we’re going to have a good spread. I don’t know that we’ll see many more than that, though.

Smit: I think the reality is, you’re going to see our products and Taylight’s in local stores, maybe spread out a bit more in the province somewhat, and that’s what it’s going to be.

Chan: I see the breweries evolving, and becoming more different from each other.

Smit: And you see that in Brewers Row in Port Moody. Every one of those breweries is different.