This spring, Ramen Koika joined the ranks of the noodle shops serving up hot bowls on Robson, though this is the second Vancouver location for the locally-based venture.
Jun 6, 2018 2:44 PM By: Lindsay William-Ross

There are so many new ramen places opening up in Vancouver that it can be hard to keep track of them all. To make things even more confusing, many of the ramen spots hone in on prime real estate on Robson Street, which has loaned the area the nickname "Ramen Row."

This spring, Ramen Koika joined the ranks of the noodle shops serving up hot bowls on Robson, though this is the second Vancouver location for the locally-based venture. Ramen Koika has been up and running on Davie Street in the West End since March 2014. 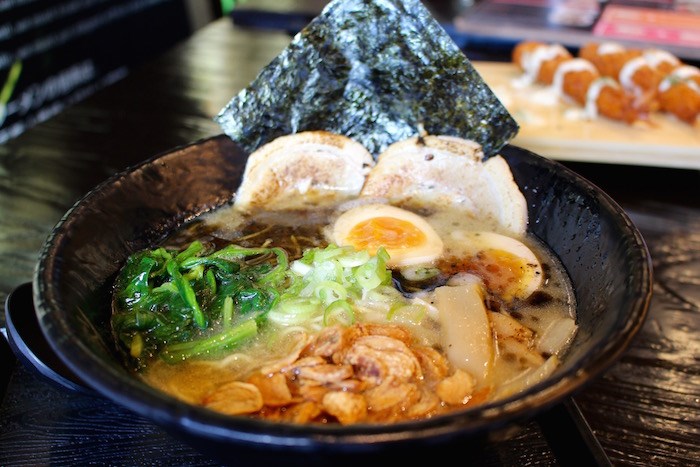 When you dive into the ramen game in Vancouver, it helps if you do something--or maybe even a few things--different than your competitors. Ramen shop owners often spend months slurping up ramen for every meal as they research what's being dished up elsewhere in town.

On the other hand, many of Vancouver's most beloved ramen shops are outposts with home base HQs in Japan, and are part of multinational franchise operations. In this case, those ramen shops can only do what HQ says, or, if they're lucky, have the chance to adapt just a little bit to the local palate. 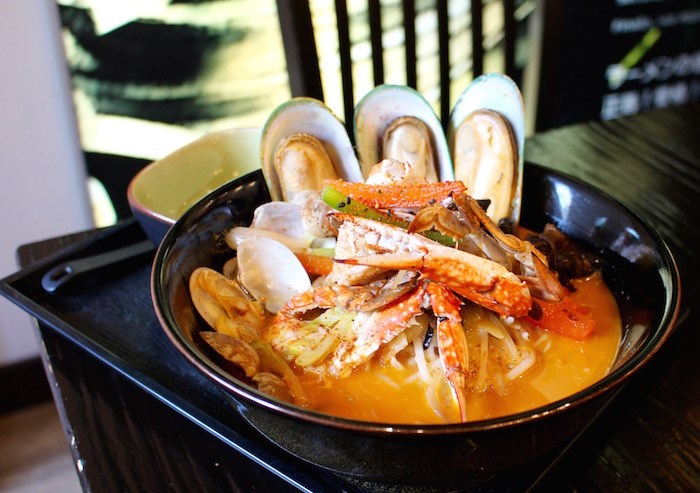 Ramen Koika's owner, Caleb Lee, happily gets to do his own thing, though he isn't just making ramen as he pleases. Trained in Tokyo by his sensei, ramen chef Keiichi Machida, Lee says he enjoys a close and ongoing relationship with his mentor, who has helped him perfect the skill and art of making ramen.

Those ramen courses--an intensive and intimate three-month program to which Lee had to bring a translator and another chef--exposed Lee to a variety of Japanese ramen masters, but there was something about Machida's style Lee said he was drawn to. He asked Machida to be his mentor, his sensei, as he prepared to open the first Ramen Koika. 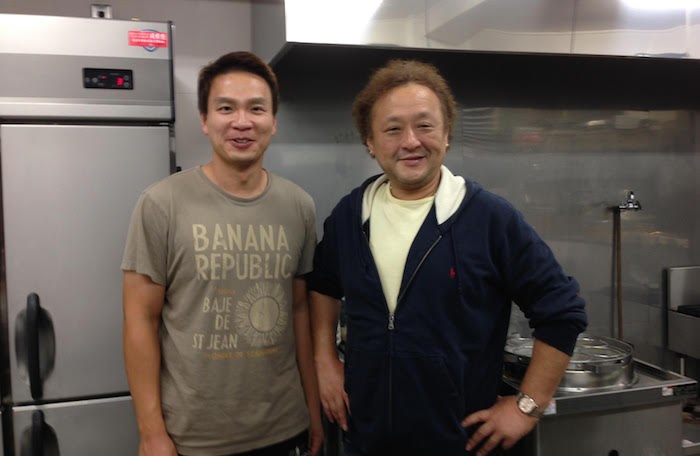 In the years since the launch, Lee has shed his other restaurant business (a sushi venture), and continues to expand the Koika brand. Though Koika on Robson has been open just a few weeks, he is already looking to future opportunities, in particular to introduce an "express" concept to Metro Vancouver mall food courts.

While the next chapter is in the works, Lee is still keenly focused on making sure the Robson Ramen Koika is giving their customers exactly what they want. What Koika on Robson delivers is a menu divided into two genres of ramen, the "classics" and the "cuisine." 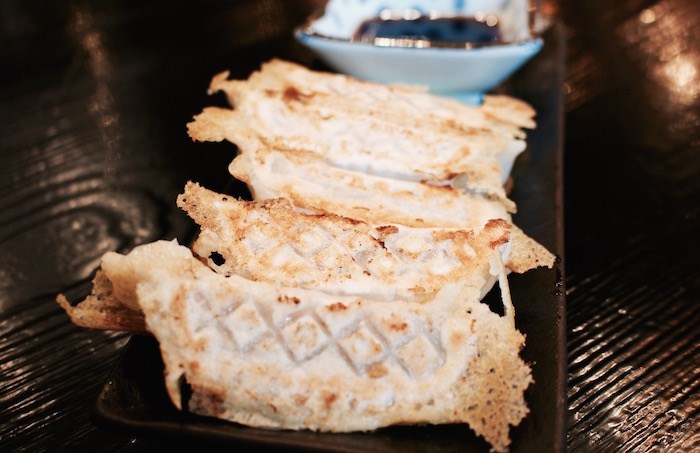 In the latter "cuisine" column, you'll find the more creative ramen bowls that Lee has come up with, the most popular of which is the King's Seafood, gently spiced (unless you want to dial it up more) and piled with premium seafood including blue crab, clams, and New Zealand green mussels.

Customers at the Robson outlet seem to like Koika's Nagasaki-style pork broth ramen offerings the best (so expect to see a few of the chicken broth ones slide off the menu soon), including the Black Garlic, another bestseller that really delivers on its promise of garlicky flavour (those garlic chips are a nice nibble for extra oomph and a bit of texture). 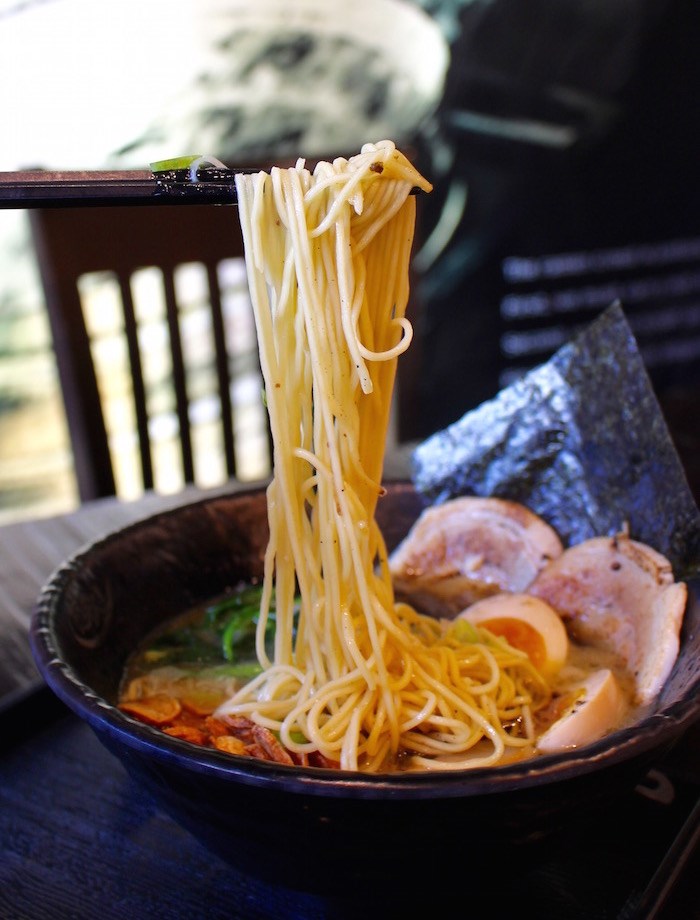 And when it comes to promises, Lee believes he is obligated to his customers to deliver the goods honourably, which includes being fair with value, price, selection. Ramen Koika doesn't freeze their noodles or broth, and also makes sure to hand-assemble core items like their gyoza, because dishes like that can often be a harbinger of the rest of the meal to come.

A firm believer in transparency in his business, Lee has put up signs at Koika about their house-made noodles, and says any customer who wants to watch his staff go through the labourious process of making their two noodle styles (a thick classic noodle and a thin noodle Lee developed and put on the menu after he noticed its popularity at other Vancouver shops). 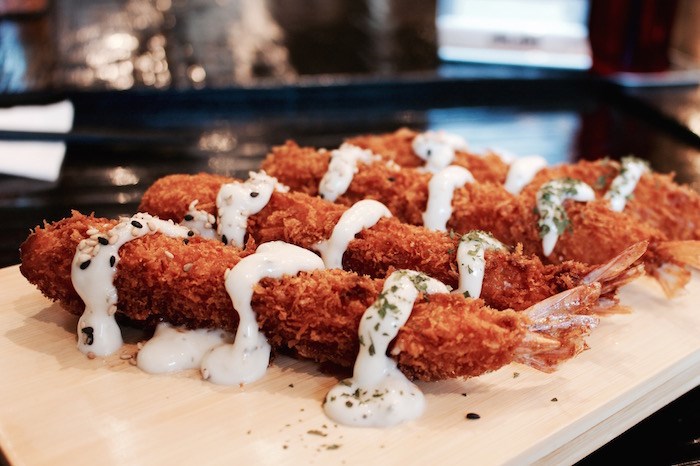 The noodles are made on special equipment, with each Koika location having their own machine on site. They use Canadian flour, which also happens to be the industry's flour of choice in Japan, says Lee, and they use eggs, which is why Lee is so far unable to offer a fully vegan ramen. Koika does have a vegetarian ramen that has been well-received. Meat-less ramen is still a bit of a puzzler for many ramen chefs and shops back in Japan, but Vancouver essentially demands it.

Those thin noodles are divine, though, and worth every bit of hard work that goes into them. The broth, as well, which is a recipe developed by Lee with the consultation of Machida Sensei, starts from scratch and is done in-house. To achieve its milky consistency, Lee says it's cooked using a heat output about seven times greater than what a home oven can attain, and is blended using a special tool in order to get the ideal emulsification of its components--fat, oil, and water. 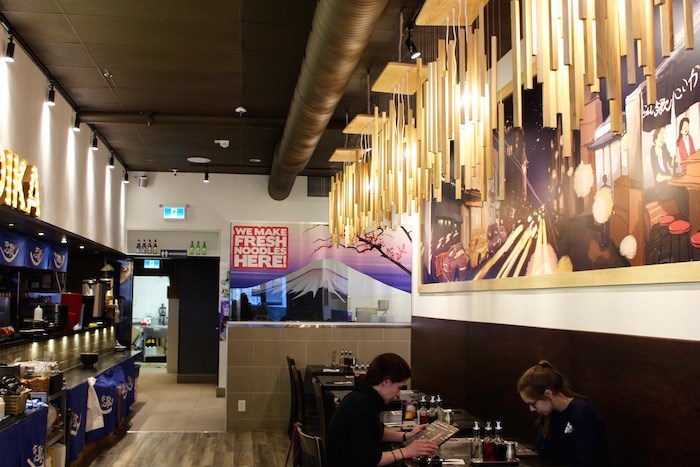 Inside Ramen Koika on Robson (Lindsay William-Ross/Vancouver Is Awesome)

While Vancouverites seem continually delighted with this style of thicker, richer ramen, Lee says his extensive time in Japan to research ramen trends and methods has clued him into the recent discovery that locals there are veering towards preferring a lighter almost udon-style broth for their ramen. Could that be next for Vancouver? Maybe so.

But for now, Ramen Koika is growing its clientele at their sleek new Robson Street location, which is tastefully decorated with custom modern wooden light fixtures that evoke windchimes and boasts a large photo of Machida on the wall. There you'll find Koika's rich broths, hand-made noodles, and thoughtfully made appetizers (and three beers on tap).

Ramen Koika is located at 1479 Robson Street. Their original location can be found at 1231 Davie Street.

Spoil mom with these picnics, take-out brunches and more treats for Mother's Day
May 4, 2021 1:25 PM