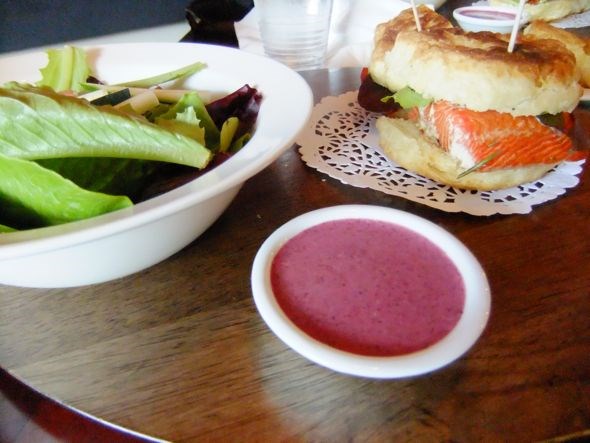 I mean how good can bread be? Well....seconds after my first bite, the first thing that came to mind as my eyes lit up was...'this is the best thing since the donut!' Uh... I think bannock predates the donut, just by a bit, also is donut even considered bread? It shouldn't be. Pretty much half of the menu at Salmon and Bannock is bannock, which after tasting it, makes complete sense, it's that good. I had the salmon burger which uses bannock instead of a bun. The ingredients were all fresh, the Salmon was wild, which is a must, the burger may look small, but the next thing I learned about bannock is that it's very, very filling. I wish I could have tried the bannock bread pudding, as well as the bannock french toast, but I was all bannocked out, I guess I'll just have to go back! 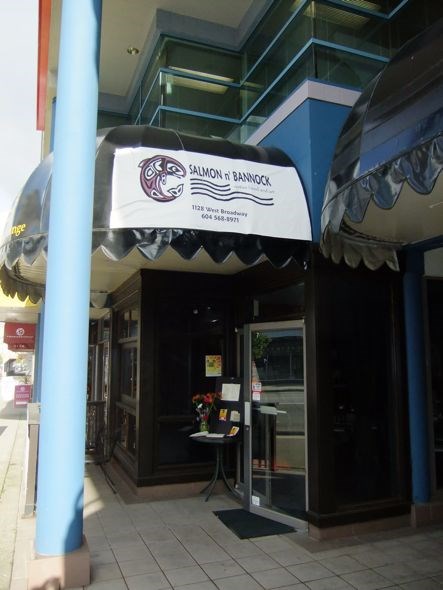 In case you're hungry for more....Squamish and Bannock, courtesy of Party Snake:

Protect restaurant patrons’ private information: commissioner
May 26, 2020 5:28 PM
Comments
We welcome your feedback and encourage you to share your thoughts. We ask that you be respectful of others and their points of view, refrain from personal attacks and stay on topic. To learn about our commenting policies and how we moderate, please read our Community Guidelines.