SMAK has been serving up gluten-free and healthy "fast food" in Vancouver for six years. They've just opened a third location in the city.

Is there such a thing a "healthy fast food"? Vancouver's SMAK has presented themselves as a quick grab-and-go or dine-in choice for people needing convenience as well as nutrition since they launched their first location six years ago. Now SMAK has opened a third Vancouver location, welcoming customers to their new space at 840 Howe Street in downtown. 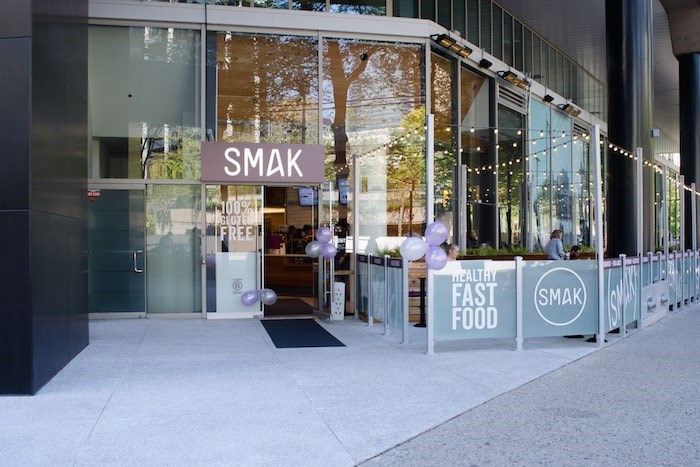 While this newest location has a smaller interior than their other outposts (one on Pender and one on Granville), the eatery features a large covered 30-seat patio, and five seats inside. The restaurant was designed with sustainability in mind, using reclaimed wood, and 100 per cent compostable packaging - including the stickers and straws. 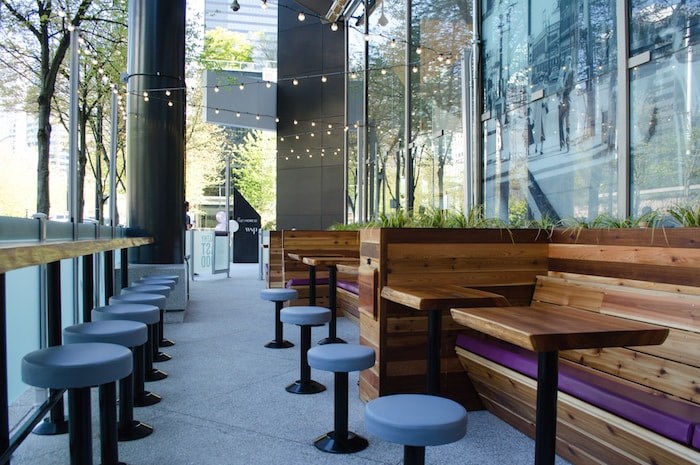 There is a 30-seat covered patio at the new SMAK on Howe St. Photo courtesy SMAK.

SMAK, which was one of the first restaurants in Canada to become a certified B-Corp, was awarded last year with the Downtown Vancouver Business Association (DVBIA) Sustainability Award.

On the menu at SMAK are plentiful breakfast, lunch, and all-day items, ranging from smoothies and breakfast sandwiches to salads, veg and meat bowls, curries, and numerous beverages. Order from the counter or pick up something from their grab-and-go shelves. 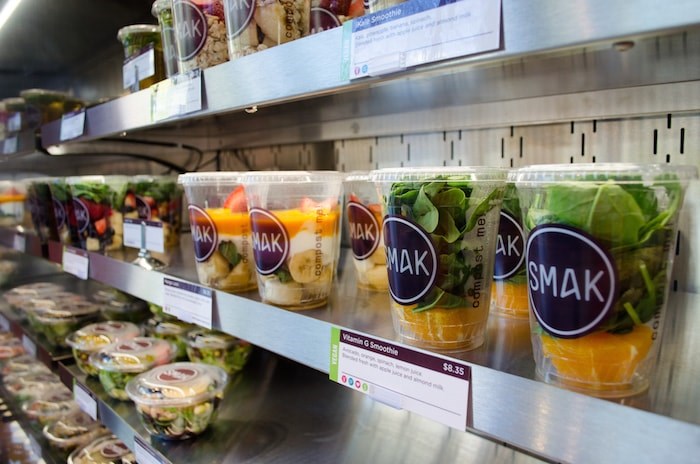 SMAK is operated by husband and wife team Brendan and Amanda Ladner, who met through the opening of SMAK. The company also has most long-serving team members on board as share-holders.

“Making delicious, locally-sourced, healthy food from scratch is a ton of work; our team gets up early every day and works so hard to nourish our community," says Brendan Ladner in a media release. 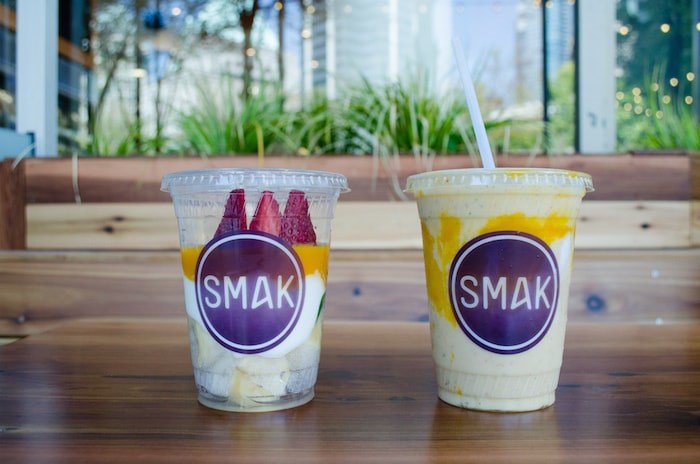 SMAK is located at 840 Howe Street in downtown Vancouver. Their other locations are at 1139 West Pender Street and 545 Granville Street, also in Vancouver.