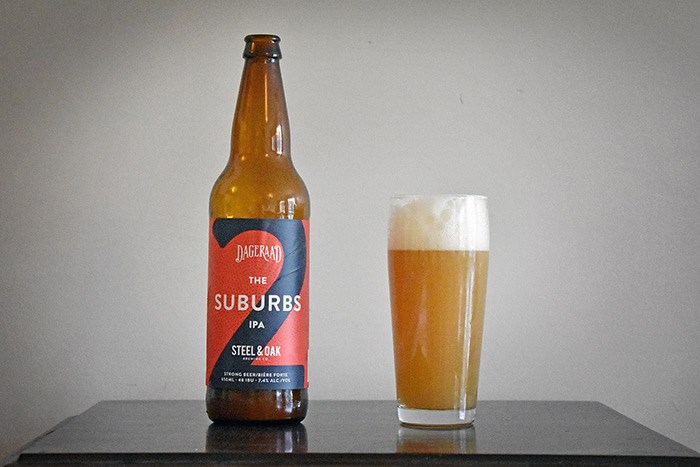 Dageraad and Steel and Oak aren’t exactly known for their IPAs. Burnaby’s Dageraad has made a name for itself brewing some of the most authentic and interesting expressions of Belgian beer styles in the province, while New West’s Steel & Oak have taken traditional German beer styles and infused them with New World creativity and panache.

But IPAs? Not their thing. Like, not at all.

However, get these two neighbouring breweries together and all they want to doo is brew hoppy beers. The Suburbs 2 is the second collaboration between Dageraad and Steel & Oak, and it’s a juicy, hazy, lusciously fruity, double-dry-hopped treat of an IPA.

The blend of New World and Old World hops gives the beer a really interesting flavour profile. Instead of hitting you over the head with a big fruity hammer, as is so often the case with these new school IPAs, there’s some interesting herbal notes in addition to the fruitiness, which work really well with the beer’s almost spicy Belgian yeast character.

The beer is bottle-conditioned—that is to say, naturally carbonated in the bottle—and this allows the clove-rich yeast character to fully develop (as well as help produce that dense, pillowy head).

There’s a lot going on here, and it’s all really good! So who says the suburbs have to be boring?