Superflux will soon open the doors to their new brewery, tasting room, and retail store in the city's sudsy 'Yeast Van' quadrant, aka East Vancouver.

Situated at 505 Clark Drive, Superflux has set their opening date for the retail space and food take-away for August 15.  Plans are for the tasting room to welcome guests in September.

Prior to moving into their own brewery space, Superflux brewed and canned out of Callister Brewing and Strathcona Beer Company.

The brewery was founded by friends Adam Henderson and Matt Kohlen. Superflux is known for their line-up of hoppy IPA brews, sold in tall cans with visually appealing artwork and design, as well as their exciting (and sometimes non-IPA) collab beers with other B.C. brewers. 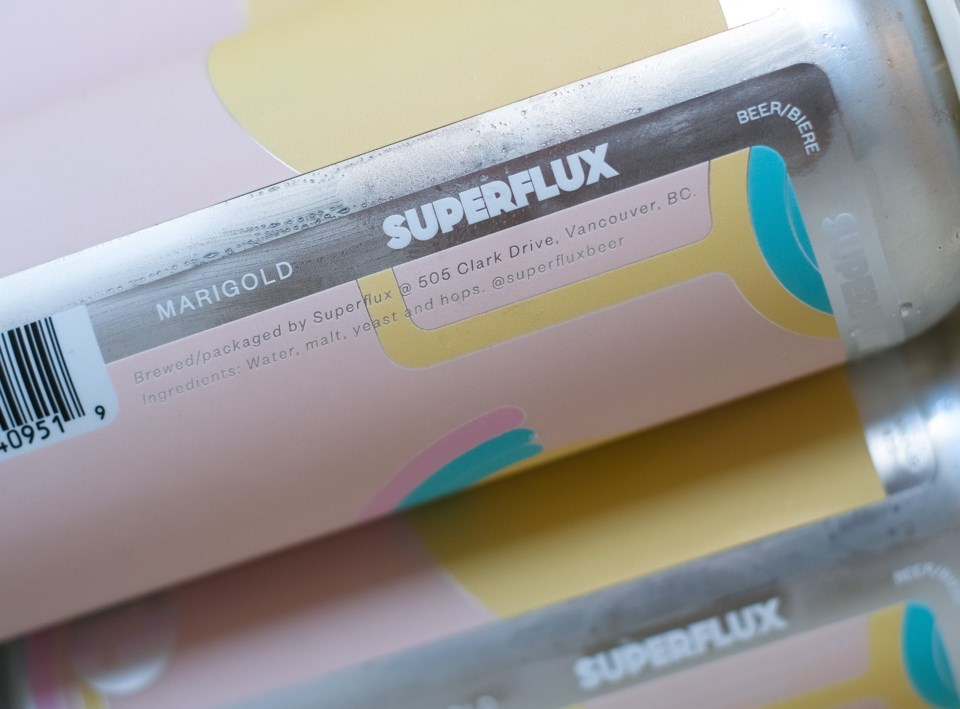 Starting August 15, beer fans can hit up the Clark Drive brewery (in a former print shop), to check out their take-out menu of four hot dogs inspired by some of Superflux’s favourite dishes, such as Thai Green Curry, and Steak Oscar.

The retail store will be open from noon to 8 p.m., and will have beers and merch available for purchase. For the launch, Superflux has two limited-edition beer releases: "Everyone Else Said No" - a mixed 4-pack of 2 IPAs made in collaboration with Boombox, Backcountry and Twin Sails, and "Coconuts," Superflux's Coconut IPA.