All aboard for sushi!

Vancouver is known for having an abundance of top-notch sushi joints, but this new spot in the city's West End isn't kidding when they say they are a "brand-new concept of Japanese restaurant." That's because at Sushi Aboard, the sushi is served on a mini "bullet train" that runs along the restaurant's counter.

Located at 1047 Denman Street (in the former Cacao 70 space), Sushi Aboard will launch its "soft-opening" phase on Tuesday, August 18.

Watch their teaser video to see how their train delivers the plates:

"First high speed rail is coming to Vancouver!" exclains the sushi spot on their Facebook page.

Here's another look at the train in service (but without the food):

Menu details haven't been made public, but we do know that from August 18 through 23, Sushi Aboard will be open for dine-in only from 11:30 a.m. to 2:30 p.m., and it looks like they are focusing on classic maki (rolls) and nigiri sushi.

Conveyor belt sushi - where the plates of rolls and pieces circulate around the dining counter in a continuous loop for patrons to grab as they wish - has long been a popular style of dining, particularly in the U.S. though the craze did not ever take off in Vancouver. Some sushi purists skip the conveyor belt style of restaurant because the sushi may spend too much time moving around once it's made and plated, which can affect the integrity of the dish. However, it appears that at Sushi Aboard, orders are made, plated, and delivered to specific guests, rather than sent around and made up for grabs. 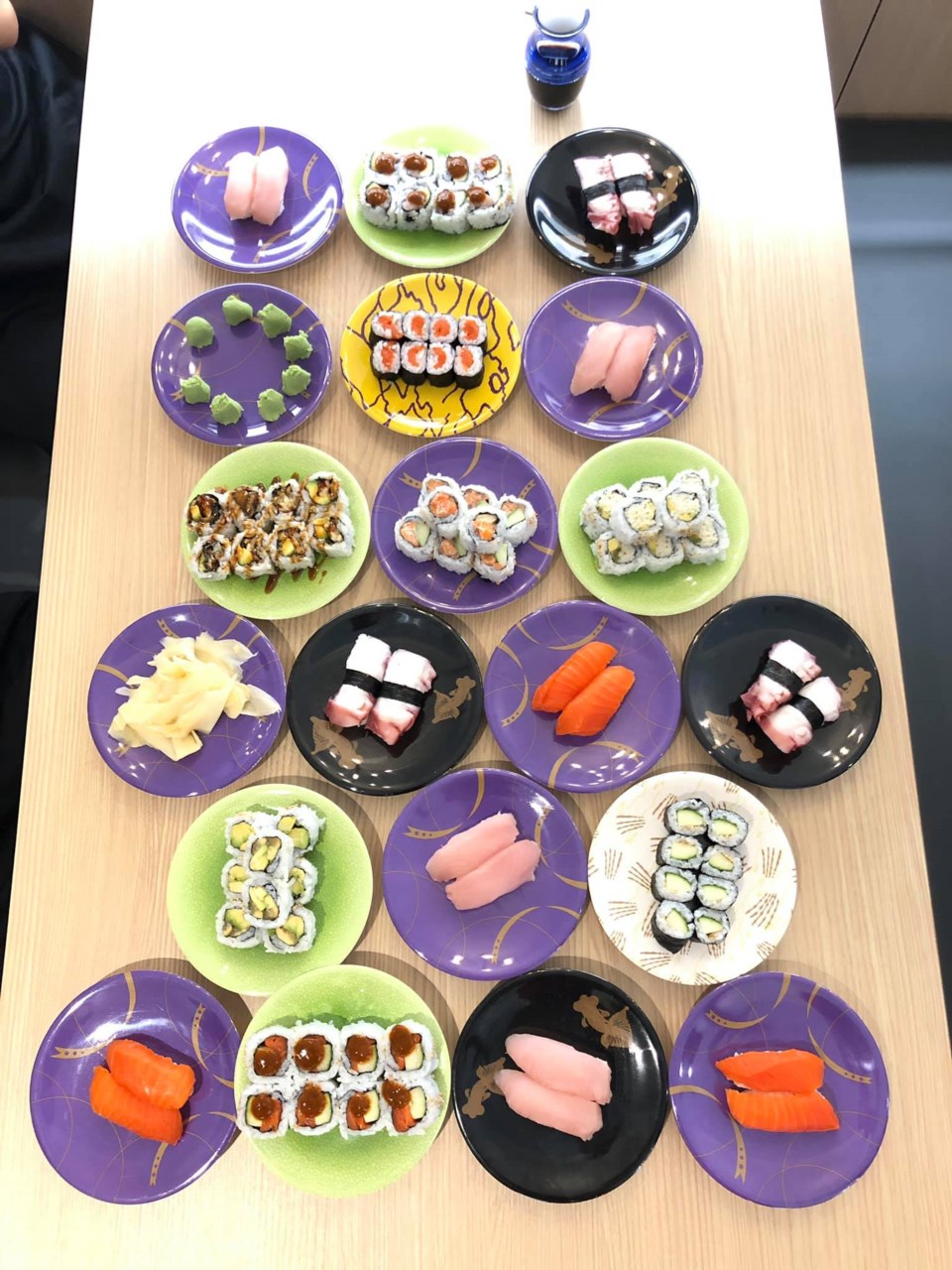