It's the end of a chapter, but not the story

After nearly four years, one of Vancouver's best little sandwich and salad shops is closing their original location. The Tuck Shoppe announced Feb. 1 on social media that the end had come for their restaurant on Union Street at the edge of Chinatown.

Thankfully, however, for those who love Tuck Shoppe owners' Zach Buckman and Adam Merpaw's tasty creations, like their French Onion Dip and Pork Belly Cubano sandwiches, it's not all bad news - last year they opened up in the Net Loft building on Granville Island, and that location remains going strong.

The Tuck Shoppe's Canadiana camp and cabin-inspired space on Union was one of Vancouver's hidden gems. The restaurant offered a casual, cheery vibe, and the crew really embraced their community - they even offered pony rides outside their shop during their 2018 anniversary party. The business had spent some time listed for sale, however, before Buckman and Merpaw announced the closure over the weekend. 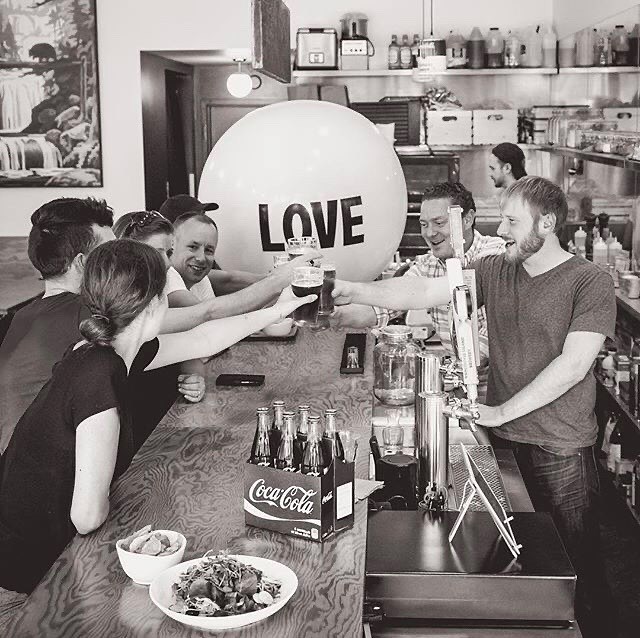 Here's their closing statement in full:

It is with a full heart that we announce our departure from Union St. The Tuck Shoppe still lives on at the Net Loft building on Granville Island and it's great to be here.

Keeping this short and sweet, our time on Union St has been truly special. The amazing people we have met, the support and the memories we have been lucky to be a part of over the years is something we are very grateful for. We will keep all of that with us forever.

We have so many people to thank and from the bottom of our hearts - we really do thank you. The loyalty from our friends, guests, the industry and our team has been humbling. You are all amazing. Thank you.

We could not be happier about the good people and awesome talent that is moving into the space. Get excited!

The Tuck Shoppe is pumped to continue our journey and continue to serve you on Granville Island. We will miss you greatly all our neighbours on Union St! One of the coolest streets in all of Vancouver.

See you on the Island friends!