He's back: Award-winning gelato master James Coleridge is like the phoenix rising from the ashes of a cold, creamy empire. The former Bella Gelateria owner is opening three locations of his new shop, Uno Gelato.

He's back: Award-winning gelato master James Coleridge is like the phoenix rising from the ashes of a cold, creamy empire. The former Bella Gelateria owner is opening three locations of his new shop, Uno Gelato. 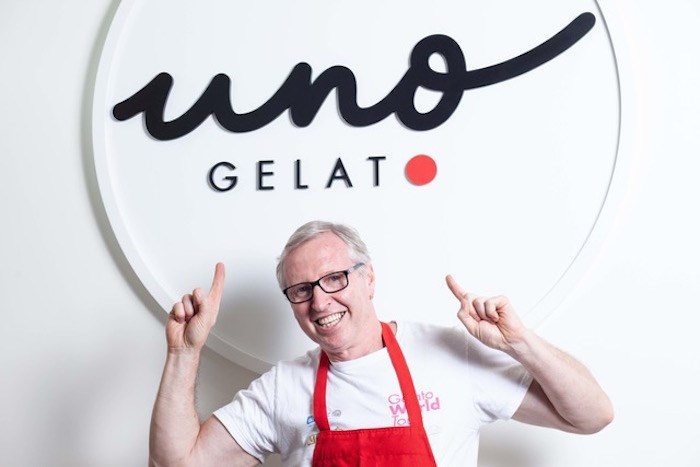 Last August, Bella Gelateria was suddenly listed for sale by Coleridge’s ex-wife, then the director of the company. Not only did that mean the shops were up for grabs, but all their equipment, and the recipes painstakingly developed by Coleridge.

But the master has not been deterred, and so Uno Gelato is born.

“It has been an incredible journey this past year and I am honoured to be able to share my passion and devotion to the artistry of old-world, handcrafted gelato with culinary fans everywhere,” says Coleridge in a media release.

For Uno, Coleridge is upping the game after a year spent studying the global gelato market, and has created new recipes and more innovative culinary techniques to this new venture.

Here are a few more details about the gelato Uno will have:

"Instead of white sugar, James will be using a combination of sugar alternatives including birch syrup from Quesnel, B.C. He is also partnering with local Avalon Dairy to use their organic milk for all dairy flavours. In addition, James will have a minimum of five vegan flavours working with raw coconut milk and water, locally crafted kombucha from Biota in East Vancouver and Canadian Springs water using activated charcoal."

And there's some gelato nerding going on with the gear: "Uno Gelato is the first in North America to use the Italian-brand Cattabriga gelato pasteurizer machine with a homogenizer which will create a warmer and smoother gelato."

Bring on the scoops! There will be three Uno Gelato Vancouver locations in early August, in Kitsilano (2579 West Broadway, in a former Menchie's spot), Stamps Landing (601 Stamps Landing) and Burrard Landing (1055 Canada Place).