The last pint was poured earlier this year at Dubh Linn Gate in Vancouver, though at the time no one knew it was the end.
Nov 6, 2020 1:29 PM By: Lindsay William-Ross 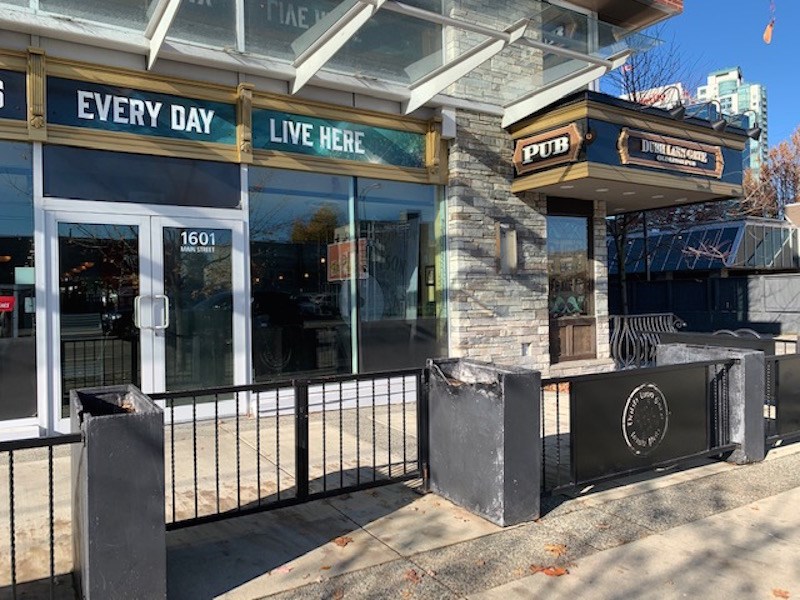 Dubh Linn Gate Irish Pub at 1601 Main St in Vancouver is closed permanently and filed for bankruptcy this fall. Photo by Glacier Media

The last pint was poured earlier this year at Dubh Linn Gate in Vancouver,though at the time no one knew it was the end.

The Irish pub - a sibling of the original location in Whistler - filed for bankruptcy on Oct. 20.

Dubh Linn Gate announced their temporary closure in mid-March, as the coronavirus pandemic forced bars, restaurants, and other businesses to immediately cease operating. It was a day shy of St. Patrick's Day, which is typically a major occasion for the venue.

The pub did not re-open.

According to documents posted by Dubh Linn Gate Partners (Vancouver) Company's Licensed Insolvency Trustee at Ernst & Young on the doors of the shuttered property at 1601 Main Street in Vancouver, the business has over $2.5 million in liabilities, with assets valued at just under $1.7 million.

The first meeting for creditors of the venture was due to take place Thursday (Nov. 5).

Dubh Linn Gate opened its Vancouver location in the summer of 2015. Its Whistler predecessor opened in 1997 and remains in operation. The pub is located at the Pan Pacific Whistler Mountainside, to which Congdon is also tied.

Inquiries sent to Dubh Linn Gate Vancouver and Whistler and the trustee did not receive replies prior to publication.

Restaurants Canada calls on next BC government to support foodservice industry
Oct 7, 2020 8:45 AM