"Don't worry, we will back soon!" promises the restaurant where you can load your salad or pizza for one set price.
Nov 2, 2020 10:57 AM By: Lindsay William-Ross 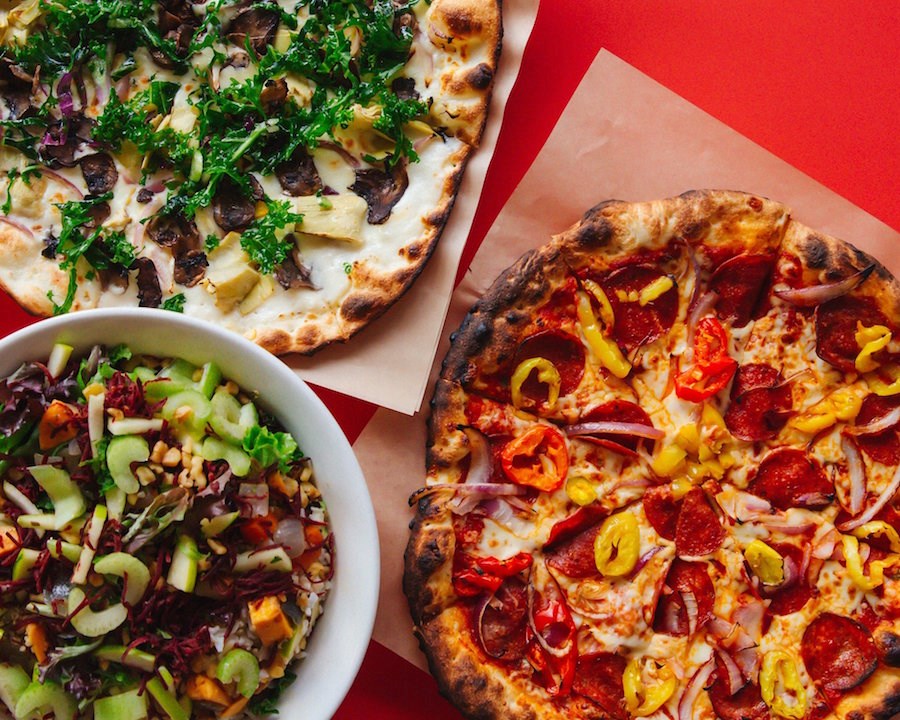 Assembli launched in early 2017 on Cambie in Vancouver. The restaurant specializes in set price pizza and salads with customizable toppings. Photo: Assembli/Facebook

Assembli, the build-your-own pizza and salad concept with two Vancouver outposts, is looking to make a move.

A rep for the fast-casual and take-out restaurant confirmed via email with Vancouver Is Awesome that Assembli's original location, at 2325 Cambie Street has been closed permanently. Their second location, at 1066 W Hastings (in Oceanic Plaza Towers), has been closed temporarily.

"We are moving from our Cambie location," explained a rep from the Burnaby-based business.

Assembli opened in the spring of 2017 on Cambie, offering set price build-your-own salads and pizzas with dozens of toppings and ingredients to choose from. The restaurant soon followed-up with their downtown Vancouver branch.

Additionally, Assembli has a location in Toronto, which is also closed temporarily.

"Don't worry, we will back soon!" the franchise restaurant says on Facebook. Looks like they've been making some menu tweaks, too, and are also using the hashtag "#SeeYouSoon" for their social media posts.

However, added the restaurant chain, they do plan to re-locate in Vancouver, not far from where they began.

"We'll let you know when we've settled on a new place in the Cambie Village area," Assembli promised V.I.A.

And we will pass that info on to you, too.