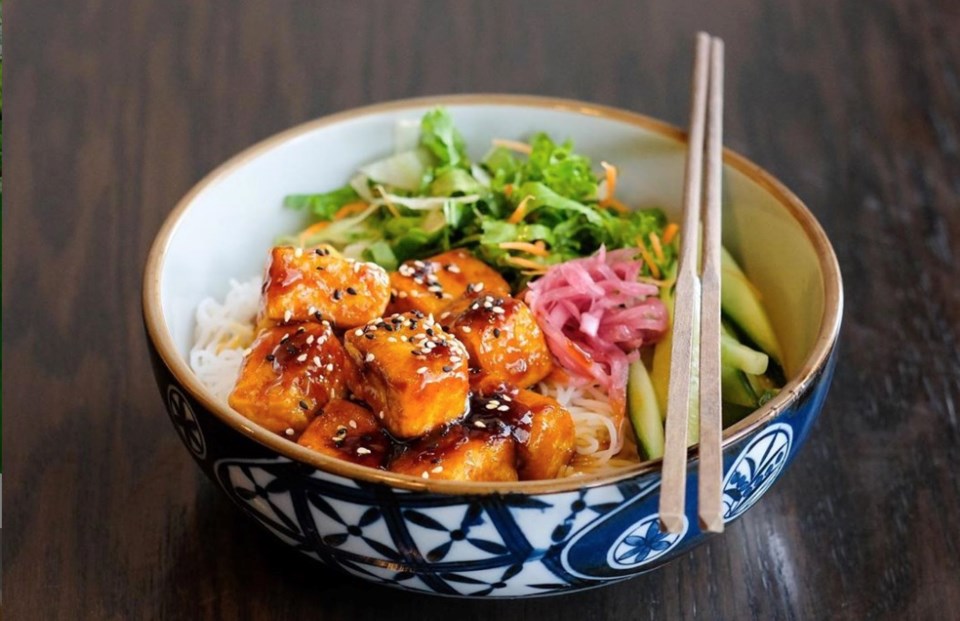 Let's hear it for our plant-power!

Vancouver has been ranked one of the top 10 cities in the world for veganism, and is the top - and only - Canadian city on that list.

The list was compiled by the website Chef's Pencil, which used Google Trends to analyze "the search interest level for veganism across the world."

Some of the search terms they included, in any language, were "veganism," "vegan restaurants," and the like.

"Veganism is now twice as popular as it was just five years ago," notes Chef's Pencil.

Vancouver landed ninth in the world, and was only one of two North American cities in the top 10; Portland, Oregon came in second overall. The top city for veganism in the world, per Chef's Pencil's data analysis, is Bristol, UK.

Overall, Canada ranked ninth among global nations for veganism based on web searches. Among Canadian provinces, British Columbia has the highest ratio of vegan-related searches, with Ontario a distant second and Nova Scotia ranking third.

Vancouver's vegan scene has been expanding rapidly in the past few years, and the city is home to a number of strong plant-based brands, including food products, restaurants, and other businesses. Earlier this year, a popular travel site, Big7, named two Vancouver spots on their list of its picks for the best vegan restaurants in the world (they're The Acorn and MeeT). This summer, Vancouver launched its first-ever all-vegan farmers market, too.

Here are the rankings:

21 awesome Vancouver food events and specials: October 2020
Sep 30, 2020 12:59 PM
Comments
We welcome your feedback and encourage you to share your thoughts. We ask that you be respectful of others and their points of view, refrain from personal attacks and stay on topic. To learn about our commenting policies and how we moderate, please read our Community Guidelines.