Another longstanding family-run Vancouver diner has closed its doors

The restaurant had been open for over 40 years, and was known for its affordable western-style diner fare and Chinese dishes.

Victoria Restaurant, a diner that also served Chinese dishes, was located at 6482 Victoria Drive at 49th in the Killarney area.

The 44-seat restaurant had been open for over 40 years, and was known for its affordable western-style diner fare like breakfast combos and sandwiches.

The neighbourhood joint had plenty of fans, including one local blogger, who in 2008 described a bit of the backstory of the place on their site, Noshwell: "This diner used to be owned by this lady who some referred to as the Seat Nazi. Basically, if all you wanted was coffee and no meal — no seat for you; or at least, no booth seat for you. Off to the front counter you went. She had a take no shit attitude which I kind of liked. Although she seemed to have a permanent grumpy temperment, she was always nice to me for some reason. Years later, she developed a leg injury and the business was sold to the current owners who are really nice hard working people. "

Another Victoria Restaurant fan shared the news of the closure on Facebook, noting that the diner is "the type of place that will be missed. A nice hang out diner with regulars and locals , students, seniors, business owners nearby, professionals, blue collar East Vanners,  a place stuck in the early 1970s where you almost expect Alice and Flo and Mel the cook inside. Reality it was [C]hinese [C]anadian owners and servers thru many decades and they were all nice kind hard working people , 7 days a week busting their humps to please all who came thru their door."

Yelper Lauren L. adds her thoughtful lament to the growing pile: "Sad to see them go. They're under renovations as a new restaurant and management. Sad that bit by bit the historical Chinese diners that spotted the Canadian map are fading away. Where else can one get wonton soup and sausages and eggs for breakfast or fried rice with eggs Benedict?  One by one they fade away. Will someone take up the torch and showcase these unique dining places with affordable food ?  Probably not. Rents too high and Chinese food is evolving into being made from imported bags of Chinese sauces like the hotpot restaurants that are now scattering the lower mainland landscape. Chinese restaurant syndrome is at an all time high where your old fashioned favorite food joint that served  Salisbury steak and mashed potatoes and gravy are no more. I am saddened as another piece of our heritage is crumbling to dust and blowing off into the sunset." 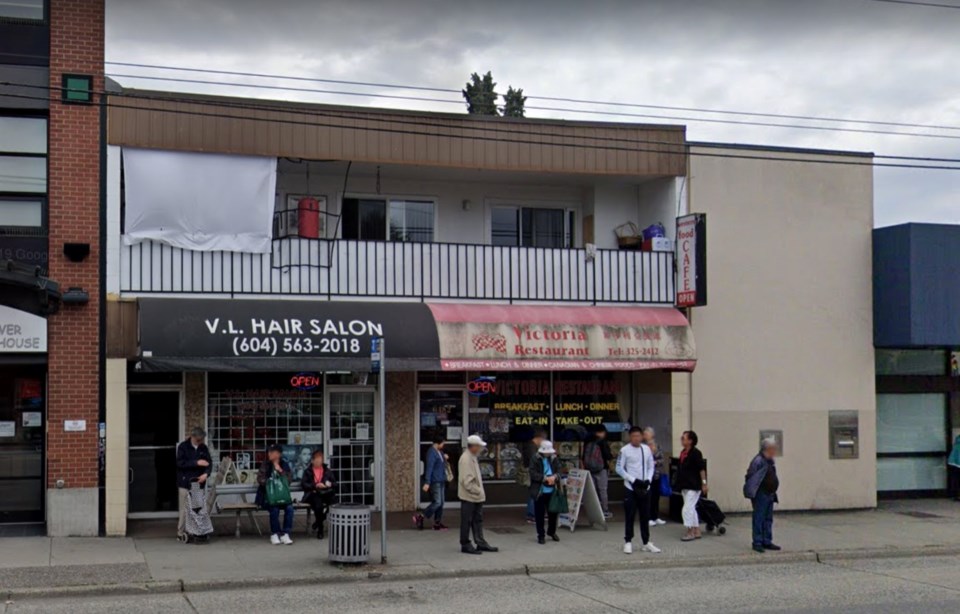 Customers hoping to grab a plate of Corned Beef Hash or a Breakfast Special at the cash only greasy spoon turned up over the weekend to find Victoria Restaurant had shuttered.

The location had been listed for sale on restaurant broker websites, but the listings have all been removed. One fan reports the space is set to become a BBQ restaurant. We'll update if more info becomes available.