Vancouver International Airport (YVR) has revealed plans to seriously up their food and beverage game. YVR will implement over 20 new food and beverage concepts at the airport over the next two years, along with 10 new retail offerings.

Vancouver International Airport (YVR) has revealed plans to seriously up their food and beverage game. YVR will implement over 20 new food and beverage concepts at the airport over the next two years, along with 10 new retail offerings.

Many of the new spots opening up will be headed to the airport for the first time, and many are independent Vancouver businesses. Openings will begin as soon as summer 2019, and will continue on over the next couple of years. 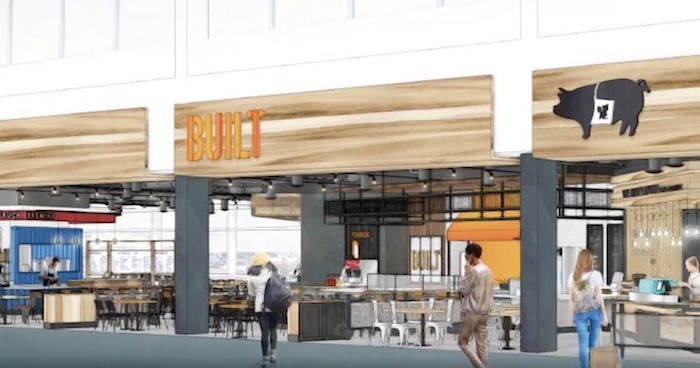 Also incoming is Vancouver's Heritage Asian Eatery, which recently opened their second location in the city, as well as The Dirty Apron, the city's renown culinary school and deli, which will "serve freshly baked breads, locally sourced seasonal produce and meats sourced from regional producers."

Inspired by British Columbia’s vibrant and high-quality food scene, this concept will be operated in both the Domestic and International Terminals. The International Terminal food market will be anchored with five made-to-order food stations including a grab-and-go section with 49th Parallel, one of Vancouver’s favourite coffee purveyors, and a selection of baked on-site goods from Purebread Bakery; a Market Fresh station with a breakfast bar in the morning and freshly made entrees, soups and other goods in the afternoons and evenings; a sushi and poke station serving the freshest regional fish; Live Fire Pizza with artisan, hand-made, oven-fired pizzas and a juice bar with freshly squeezed juices and smoothies. The International Terminal market will be flanked by a full-service restaurant and bar featuring a seafood-inspired menu offering the best of fresh, local catches.

“We are excited about expanding on our strong commercial portfolio with the addition of these concepts,” said Scott Norris, Vice President, Commercial Development, Vancouver Airport Authority in a media release. “Our vision for YVR’s commercial experience is to remain relevant and authentic, while creating an engaging environment with a balance of local and international brands.”

“When looking at our food and beverage portfolio, we put a lot of focus on local and authentic flavours that provide a distinct British Columbian character, while offering a variety of strong international brands. We listened to feedback and this new line up will ensure our passengers have a range of options for different tastes and price points,” added Norris.

Here's what it's like to visit the new secret speakeasy in Vancouver's Chinatown
Feb 2, 2023 2:46 PM