A City of Vancouver staff report on the fairness and effectiveness of the empty homes tax has found that the tax is performing as intended and the existing tax rate is appropriate.
Naoibh O’Connor Nov 22, 2019 7:23 AM 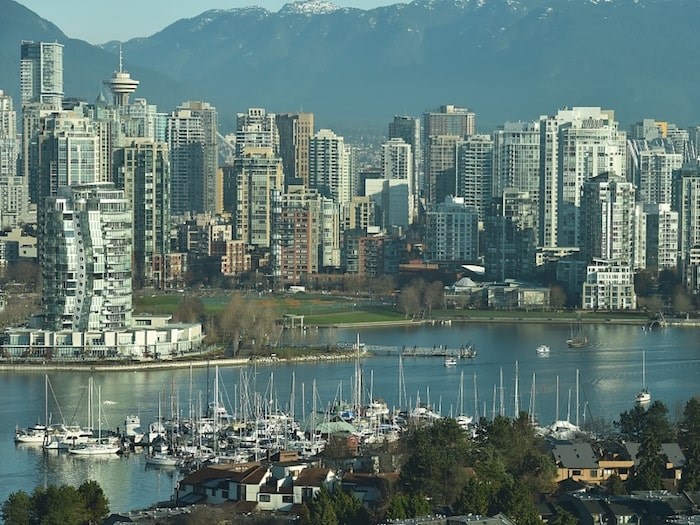 A City of Vancouver staff report on the fairness and effectiveness of the empty homes tax has found that “key stakeholders,” as well as housing and tax experts, are in general agreement that the tax is performing as intended and the existing tax rate is appropriate.

City council approved the empty homes tax [EHT] in 2016 to pressure homeowners to rent out properties they don’t live in full time to help address Vancouver’s low vacancy rate, which sat at 0.8 per cent in 2018 — the latest figure for 2019 is not available yet. A healthy rate is three to five per cent.

The tax is implemented at a rate of one per cent of a property’s assessed taxable value.

While Mayor Kennedy Stewart had promised to triple the empty homes tax if elected, he said in an interview with the Courier in late October that circumstances have changed over the past year and he was waiting for staff’s evaluation of the impacts of the tax.

That evaluation and staff recommendations go before council Nov. 26.

“Housing policy and tax experts observed that based on data to date, the EHT at the current rate of one per cent appears to be performing in line with its stated policy objectives,” the analysis states. It also notes that property owners, experts and stakeholders such as the Condo Home Owners Association and LandlordBC support the goal of the tax.

“The Condo Home Owners Association in particular indicated that condominium residents are supportive of City efforts to discourage strata properties from being held empty for investment purposes, due to the impact of empty properties on strata communities.”

Staff also reported that experts have “strongly cautioned” that an increase in the EHT rate would increase the potential for noncompliance and evasion, particularly for properties that are also subject to the provincial speculation tax.

“There was a suggestion that before increasing the tax rate, staff should consider opportunities to enhance compliance with the tax, potentially in collaboration with the province,” staff wrote.

While staff don’t recommend increasing the EHT rate, they plan monitor the impact of the provincial speculation tax and other measures, and re-assess the situation if necessary. They also plan to explore options to work with the province to improve compliance with the EHT, including pursuing an information sharing agreement with the province.

Under Empty Homes Tax regulations, owners must rent out their empty or under-utilized, non-principal properties for at least six months of the year. The six months don’t have to be consecutive, but must be in periods of 30 or more consecutive days.

Staff have proposed tweaks to the EHT such as extending the timeframe for property owners to challenge the levy to 90 days, and introducing a new exemption where, in some circumstances, development and tenancy exemptions can be combined to meet the six-month threshold.

Since the launch of the EHT, the city has collected $39.7 million in net revenue for affordable housing initiatives — $17 million went towards the 2019-2022 Community Housing Incentive Program, and $3.8 million went towards the purchase of Ross House, a single-room occupancy hotel. Smaller amounts were provided to initiatives such as the rent bank and the establishment of a renters’ inquiry line, according to the second-annual report on the tax, which was released Nov. 20.

While all revenue that’s collected, after costs, is spent on affordable housing initiatives, the funds may not all be spent in the year that they are collected. Some projects may also require multi-year funding.

While, the annual report acknowledges it’s challenging to isolate the effect of a single policy such as the Empty Homes Tax, staff see “positive trends” and they’re monitoring several indicators, including the number of properties required to declare, change in vacant and exempt properties, breakdown of exemptions by type, change in tenanted properties, occupancy stats of previously vacant properties and assessed value of properties subject to the tax.

The latest statistics reveal there were 22 per cent fewer vacant homes in 2018 compared to 2017, a 21 per cent drop in exempt properties and a seven per cent increase in tenanted properties. 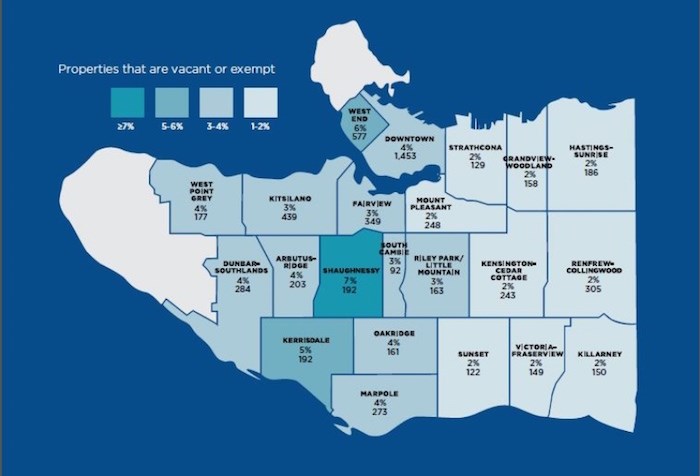 Stewart said, in a Nov. 20 press release, that the objective of the tax was to influence property owners to put their empty properties on the rental market and the data shows that’s happening.

“For those who choose to keep their properties unoccupied, we appreciate their contributions to the funds that are supporting various, much-needed affordable housing initiatives across the city,” he added.

Findings from the second-annual EHT report