All three competing teams had high scores, but Team Canada, represented by Firemaster Productions Inc., has won the 2019 Honda Celebration of light. 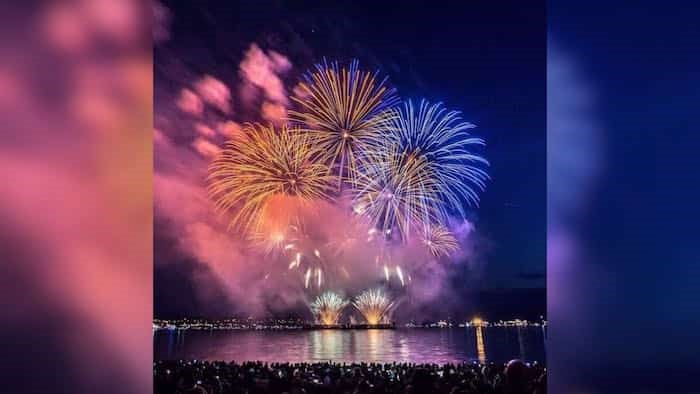 Last year, South Korea won the competition, based on its timing and sync, size of the show and novel effects in its pyrotechnics display.

Team Croatia won the People's choice award, which is voted by the public through the official Honda Celebration of Light Festival app. Not only did Croatia deliver a spectacular visual performance, but they also had crowds singing in unison to their nostalgic soundtrack.

“Team Canada really used the barge and supplied equipment to their full potential, they pushed limits by mounting their products in new and exciting ways to fill the scenes from varied angles and even spelled out “HELLO” in sparks.”, says Kelly Guille, President of Archangel Fireworks Inc.

“They had a fun energy, and their tracks were uplifting. The competition was tough this year, it’s hard to believe that it was Team India’s first competition performance anywhere in the world, and team Croatia pulled big nostalgia and emotion from the crowd using popular movie soundtracks to back their massive spectacle.”

“Congratulations to Team Canada on an incredible winning performance at the 2019 Honda Celebration of Light. We are proud to once again be able to offer Vancouver a festival that is truly a fun, safe, and memorable occasions for families to enjoy and celebrate our beautiful city. To the hundreds of thousands of people that continue to come out each and every year and support this wonderful event, we thank you. We also want to thank everyone who helps to make this event happen from the partners to the sponsors, staff, volunteers and festival-goers. We’re already looking forward to our 30thanniversary next year, which will be a summer to remember!”

Dates for the 2020 Honda Celebration of Light will be announced in the fall.