A marquee for a downtown Vancouver nightclub offers a clever joke based on remarks made by health officials during the initial phases of the coronavirus (COVID-19) pandemic in British Columbia.

The Penthouse Nightclub has provided comic relief via its signage over the past few months, with a recent offering stating that it has "Better security than the US Capitol."

The comment pointed to the apparent ease with which insurrectionists under the banners of "MAGA," QAnon, Proud Boys, and other extremist movements, were able to crash the barriers and gain access to the capitol building and disrupt the U.S. Congress as they debated certifying the results of the 2020 presidential election.

In its latest incantation, the sign pokes fun at how the provincial health orders related to COVID-19 continued to be extended over the past year, despite health officials initially stating that it was just "for a while" and later that we just had to get through these "two weeks."

The pandemic was officially declared by the World Health Organization on March 11, 2020, and health officials advised British Columbians not to travel except for essential purposes. At this time, gatherings with more than 250 people were cancelled to slow the spread of the virus.

On March 16, 2020, many British Columbians began working from home and gatherings of more than 50 people were banned. Businesses such as bars, restaurants and nightclubs that could not prevent large groups from gathering were also ordered to close.

By the end of March 2020, phrases such as "physical distancing" were commonly used, and travellers were required to quarantine upon arrival to Canada.

And while health officials eased some of the restrictions during the summer of 2020, most restrictive measures were instated in the fall. 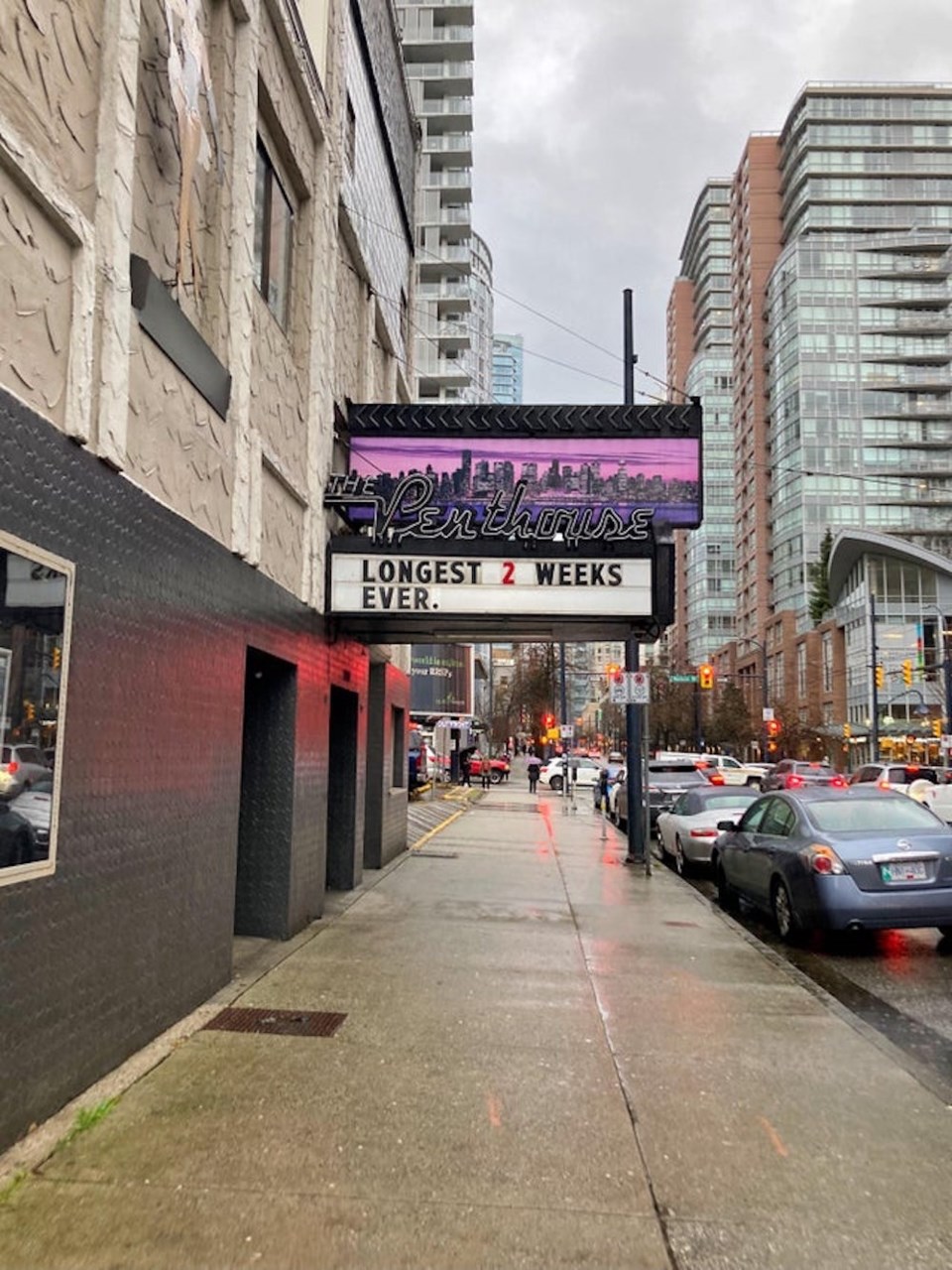 The Penthouse Nightclub has been closed since the beginning of the pandemic.

Want to know a bit more about the history of the Penthouse? Check out this piece from our archives marking "Seventy sinful years of the Penthouse Nightclub" from November 2017.

---With files from Lindsay William-Ross.