Photo: theeyeglassesproject.org A gaggle of seniors waits patiently inside the doors of the Downtown Eastside Neighbourhood House, where the sound of Mandarin and Cantonese voices fills the air.
The Canadian Press Mar 5, 2018 8:30 AM 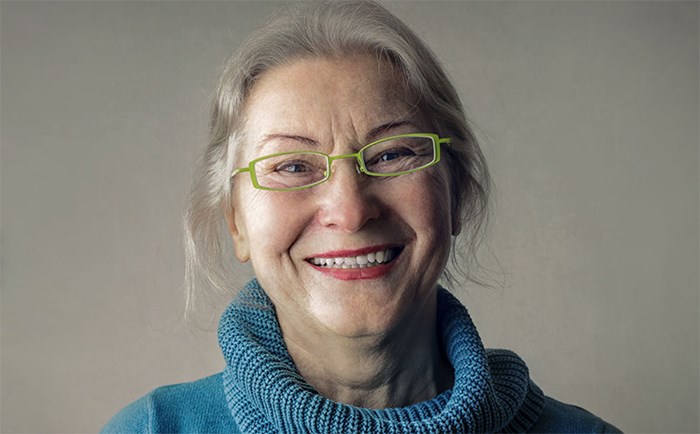 A gaggle of seniors waits patiently inside the doors of the Downtown Eastside Neighbourhood House, where the sound of Mandarin and Cantonese voices fills the air.

They take turns sitting down at one of three tables, piled with optometric tools and gear. One at a time, eye specialists peer into their pupils and ask them to look through lens after lens, until they find just the right fit, often with the help of a translator.

Bao Qin Song is one of 50 pre-selected seniors who were offered free basic eye care and prescription glasses, as part of the Eyeglasses Project, on Sunday.

Qin Song says it's been five years since she had her prescription checked. She can only read for five minutes before she loses focus with her current glasses.

She said she didn't know how to get a new prescription, so she was happy when a volunteer told her on Saturday that there would be free eye exams for Chinese, low-income seniors who live in the neighbourhood.

"Today, the doctor checked my eyes. He changed the glasses. Oh! Good, good, good! Use that. I thought, this doctor is very good."

Project founder Howard Ma, a chartered financial analyst, says the idea came to him when he had to buy new glasses himself last year.

"I remembered my last pair cost about $800 and I thought, wow, I don't want to do that again. And then I started thinking, what do the poor and low-income do about their eyes," Ma said.

"I've worn glasses since I was five years old and I know I can't function without glasses."

In October, the Canadian Association of Optometrists warned of a looming "vision crisis" in a submission to a House of Commons standing committee due to Canada's aging population.

Seniors 65 and older are projected to make up 20 per cent of the Canadian population by 2024, according to Statistics Canada.

With that will come an increase in age-related macular degeneration, glaucoma, diabetic retinopathy and cataracts, the association said.

"Maintaining eye health, preventing avoidable vision loss, and managing age-related eye disease is a public health imperative and key to improving the overall quality of life and well-being of seniors," it said.

The Eyeglasses Project is a collaboration between Douglas College, the Downtown Eastside Neighbourhood House and the Richmond Chinatown Lions Club.

Ma says he hopes the project raises awareness about the demand for basic needs and services in the community and inspires others to get involved.

If the project proves successful he hopes to continue it with more volunteers.

Another volunteer, Lily Hecht, waits to have her eyes checked.

Hecht is a senior who recently moved to the Downtown Eastside from Ottawa, after her husband died, to be closer to family.

She says she had cataract operations in both eyes in recent years and has been told she might have glaucoma, so she was happy for the opportunity to get an exam.

"Sometimes I have to get a bit closer before I can see the signs. If I'm walking or driving, I don't have good long-distance sight," Hecht says.