The @wesmussio handle disappeared from the platform on the evening of Feb 1, 2021, shortly after Mussio was in the news defending a tweet that noted he was heading to Tampa Bay, Florida for the Super Bowl.

If the name and the account are familiar, that might be because you recall a previous story of ours about a threat of physical violence directed at a member of the press (me), issued from his official account back in 2018. Mussio had explained to the Law Society then that it was actually his wife who had made the threat, using his Twitter account, and was ultimately not penalized.

Whoever did it, it's safe to say that some of us are glad it's gone, but let's get back on track here; what is a board member of a Vancouver municipal party doing hanging out in Florida during a pandemic, when we've been advised not to travel, you may ask? As Mussio explained to NEWS1130, he's been living in the sunshine state since October.

Before his account was deleted he had been sharing photos of what maskless life is like in a state where 1,737,640 people have so far been diagnosed with COVID-19, and 26,822 residents have died from it.

The politico offered some foreshadowing of the possible account deletion a few weeks earlier; the day after former U.S. President Donald Trump was banned from the social media platform.

On Jan 9, 2021, Mussio tweeted that he was "Joining Parler, as an alternative to Twitter," because "The second big tech starts to ban anyone from Twitter because of opposing views to their leftist message is the second Freedom of Speech is at risk. Hope others drop Twitter, Facebook, and Google #boycottTwitter"

Mussio was added to the NPA's board in November, after heading up a lawsuit meant to remove Green Party Councillor Michael Wiebe from office over a conflict of interest. Apparently, those two things are unrelated, yet his days on the board may be numbered.

As I wrote last week, that group is putting on a clown show right now. Seemingly as another gag [insert nose honk here], the same day that Mussio deleted his tweet, they removed the entire list of their board of directors from their website.

They have yet to announce a date for their upcoming AGM, where they may or may not elect a new slate of board members who don't operate like a three-ring circus. 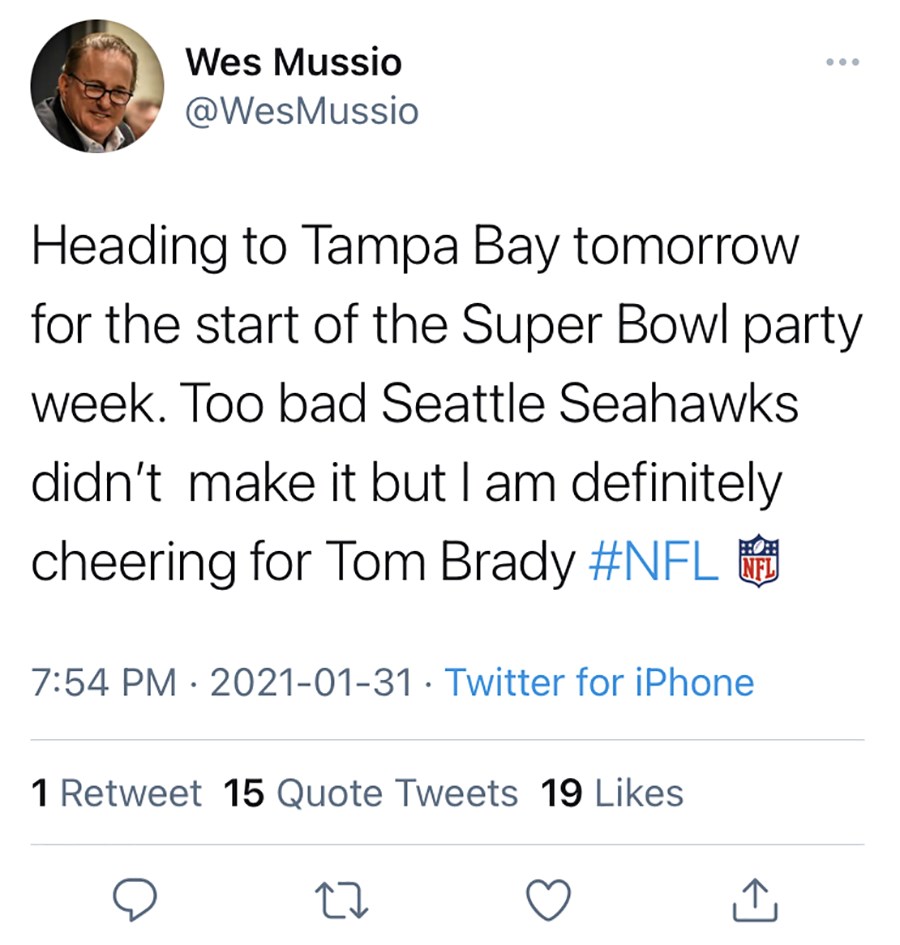 Opinion: Canadian pride in the country’s Parliament, economy and courts in rapid decline
Jun 27, 2022 6:00 AM